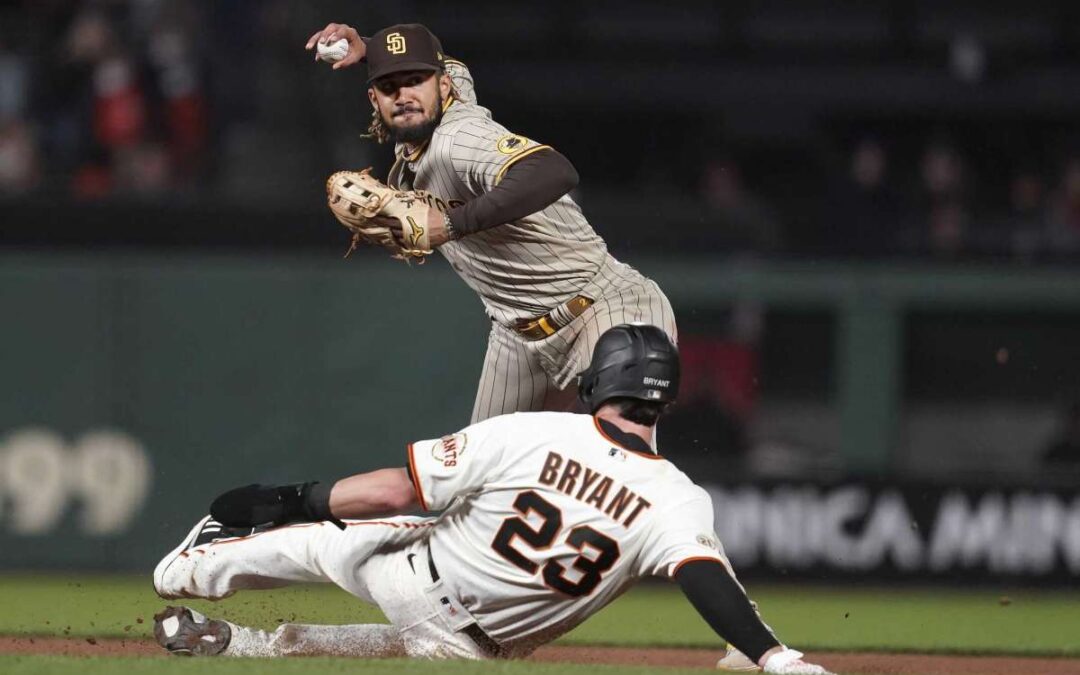 Last night the Padres beat up on the Giants in a 9-6 win punctuated by insults in the form of late inning add on runs that made the difference in a ballgame started by Giant reliever Dominic Leone. In all seven Giant relievers pitched in the game, four of them gave up runs. The real killers were the two in the seventh and two in the ninth surrendered by Quintana and Alvarez each. Despite the Padres jumping out to a 5-1 lead after two innings, the Giants would score a run in the bottom of the third and in the bottom of the sixth. Then the seventh came when each team scored twice.

The loss ended the Giants winning streak at nine. Time to start a new one.

The story of the game for the Giants was that these bullpen games are losing their bloom off their collective roses with relievers probably a bit over-worked. The Giants would end up hitting four long balls in the game, one each from Belt, Bryan, Duggar and Estrada. The unfortunate fact and difference-maker is that they were all solo shots. When your team hits four homers in one baseball game you should win 99% of the time. Last night was that 1%.

With the loss and the victory by the team in SoCal, the Giants division lead is now 1.5 games with 16 games remaining for the Giants and 15 for their enemies in blue.

Today and every September 15th going forward, we will celebrate the life and legacy of Roberto Clemente. #ClementeDay pic.twitter.com/hBND7SJrFJ

Brandon Crawford was nominated for the Roberto Clemente Award. Kudos to BCraw.

Congrats to @bcraw35 on his nomination for the 2021 Roberto Clemente Award, which is given to the @MLB player who best represents the game through extraordinary character, community involvement, philanthropy and positive contributions, both on and off the field. #ClementeDay pic.twitter.com/Orlz8NtVIT Yaz was a late scratch from the lineup before the game due to a sore elbow after being hit by a pitch in Tuesday’s game. Duggar was his replacement. The big news is Alex Wood. He is back on the road to recovery after pitching against live hitting yesterday. Manager Gabe Kapler was so impressed with Wood’s stuff that Sir Alex is being mentioned as a possible starter for Saturday night’s game against the Braves in San Francisco. Johnny Cueto also threw yesterday and is progressing.

The Giants have a chance two win the four game series against San Diego with a win in today’s afternoon finale. It will be Kevin Gausman versus Pierce Johnson. Game time is 3:45 PM at Willie Mays Field.