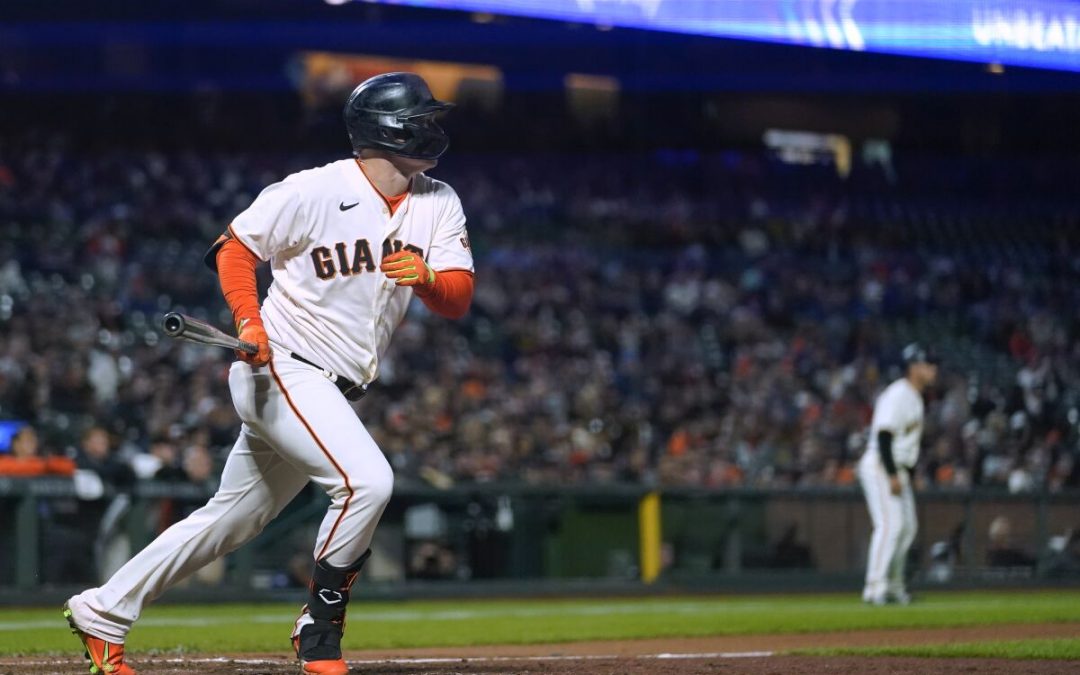 It would be so 2022 if the Giants somehow, by some miracle, managed to squeak into the postseason after a terrible couple of months of baseball and needing 8 straight wins coupled with 8 straight Phillies losses and seven straight Brewers losses to win the final Wild Card spot. Last night the Giants did their part beating the Rockies 6-3 at Willie Mays Field while the Phillies lost. This means the Giants are 6.5 games behind the Phillies for the final Wild Card with seven games left to play. The Phillies have eight games left and the Brewers are still six games in front of San Francisco. The win pushed the Giants to 77-78 and more towards respectability when we had all written the team off as a tire fire and were calling for heads to roll. Credit to the boys and to Manager Gabe Kapler for not giving up. I respect that professionalism and urgency.

Last night Joc Pederson knocked in two more runs and pushed his RBI total to 70 for the season. That’s not too shabby considering his modest 364 at bats. In fact, did you know that Pederson is only 30 years old? I thought he was older. Nothing like a contract year to motivate a veteran!

The Giants scored first in the bottom of the first thanks to an RBI single by Mike Yastrzemski who has been driving in runs of his own this month. He likes Colorado pitching. On the same play the Rockies center fielder decided, nonchalantly I might add, to throw the ball where there were no Rockies players. So into the Giants dugout it went and into score went J. D. Davis, who was the runner at second about to head to third. It was 2-zip Giants with nobody out BCraw followed with a long drive that was barely caught at the wall in left field. It brought home another run and the Giants are rolling at 3-0 before many fans even bought their first hot dogs. That’s why it’s important to get to the ballpark early, baseball fans!

The Giants added three crucial runs in the bottom of the sixth inning when Ford Proctor, yes, that’s his name and he played second base for the Giants last night because the Analytics Books demanded that a lefty face a righty and Estrada, who was penalized for being a righty, was grabbing pine (SMH), but I digress, the said Proctor rifled a shot to center with the bases loaded that was right at the Rockies outfielder. It resulted in a sac fly and a run. Joc Pederson later followed with a soft, semi-hard-hit double to the gap in his power alley that was just chased down by the Rockies but not in time enough to prevent two runs to score. Guess who scored the second run, from first base on a double that did not make the wall? You guessed it, Joey Bart. Mr. Bart has excellent base-running skills and some speed to boot. Just that bit of giddyup and anticipation on Bart’s part allowed him to soar home just ahead of the Rockies throw and tag. It was a close play but Bart’s run made it 6 – 2 Giants. It would end 6-3.

Sean Hjelle threw away a sure double play ball that was hit right at him His throw to second ended up in left center and in a comic display of athletic desperation, Brandon Crawford stuck out his glove behind his back as he was running towards the bag. It was funny, as if the sure-handed Craw did not want to give up on the play. The throw was so bad that Duane Kuiper was kind of speechless. Villar made another error and it all added up to one unearned run.

The Pitching by Committe Works Again

The pitching by committee worked again last night, partly because, hey, it’s the Rockies and partly because the aforementioned Hjelle actually pitched ok allowing one unearned run in his four innings of work against two hits and two walks. The game was started by John Brebbia. Shelby Miller pitched two innings and had five strikeouts, looking fantastic and not giving up a run. He may be the latest Zaidi reclamation project turned into gold. Rogers and Marte finished the game with an inning each. Marte gave up a harmless run in the ninth to ease the pain for Rockies fans.

The win would go to Hjelle and it was his first Big League Victory. I want to join my brothers and sisters at TWG HQ in wishing Sean a hearty Congratulations!

It’s no secret that Aaron Judge is having one of the all time great seasons for a hitter by any standard. Last night he hit his 61st home run to tie Roger Maris for the American League season record. Good luck to Judge the rest of the way. Just look at that lightning stroke. He whacked that fastball over the wall in left as if it was a pesky batting practice toss and he had tickets to the Metropolitan Opera. Judge is now 6th on the all time season home run leaders list. His may be the best home run hitting season of all time if you factor in all the matchups, the PED testing and his leadership in the batting average and RBI categories. The Yankees need to give him a blank check. There is no way they can afford to let him walk to another team after this season.

Here is the list, courtesy of The New York Times: