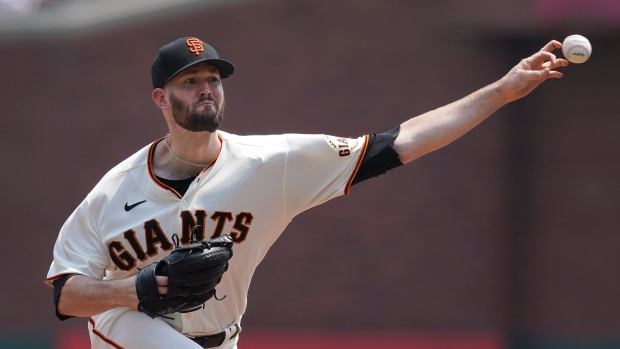 The law firm of Chafin, Lange, Fulmer and Soto is something special. They’re not really lawyers though. Those are the names of the back end of the Tigers bullpen that shut down the Giants in yesterday’s 3-2 loss. They went four innings combined and allowed one run on four hits. They were very tough and one can see why those arms are the subjects of trade rumors as the Tigers have too good a bullpen for a team that is nowhere near contention.

In the bottom of the first the day started promisingly enough for the Giants with Evan Longoria going deep to give the lads a 1-0 lead.

Longo for the lead 🤘 pic.twitter.com/nEg3DTENVS

Unfortunately, as good as Alex Wood was, he could not get the crucial out in the top of the sixth inning when Gabe Kapler came out and had the world’s shortest pitcher-Manager meeting. It lasted about 1.2 seconds. My guess is Kapler uttered “You good?” and Wood responded “I got this.” or something along those lines. But alas, the next batter, Eric Haase hit a two-run homer with two outs to give the Tigers a lead in the game that was 1-1 at the time. The homer came off a slider low and down the middle but Haase golfed it out of the park in a swing that said he knew what pitch was coming.

The Giant bats, for their part, were mostly shut down. There were also mumblings and rumblings about Gabe Kapler prrematurely pulling Joc Pederson from the game, particularly when at a critical point, Austin Slater faced a righty and was retired. I agree with this criticisms in so much that if you are going to continuously play matchups you will get caught with your pants down when you run out of bats in the 8th and 9th innings. It happened yesterday.

Wood, for his part, was very very good except for the homer. There is no shame in losing 3-2. This is a decent Tiger bullpen and the Giants were shut down yesterday. It happens.

LaMonte Wade Jr. returned to the lineup after a long stint on the IL. His game was uneventful going 1-5 with a k at the top of the order.

MLB in its collective wisdom, allows you to vote five times for the same player in the All Star Game. SMH

You can help send Joc to the All-Star Game! 🌟