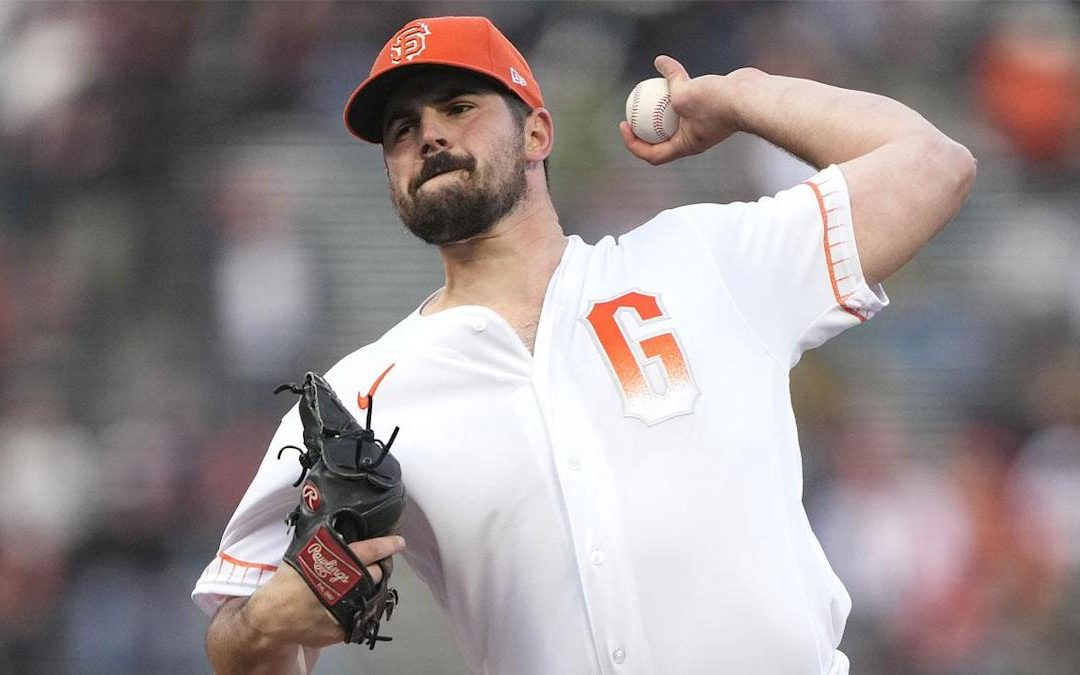 Carlos Rodon broke Tim Lincecum’s franchise record for most strikeouts through four starts as a Giant with 38. Timmy had 35 in 2009. That’s some awesome company. Rodon was masterful and dominant yet again going six strong allowing only one run but raising his ERA in the process to 1.06! When you go six allowing only one run and your ERA goes up you know you are cruising. So far this season Rodon is looking like the second coming of Madison Bumgarner and Steve Carlton’s baby. He’s just fantastic. My favorite part of his pitching his simply how he challenges hitters, particularly with his fastball.

He doesn’t mess around.

Oh, and Rodon has accomplished this as well:

They are the Bay Bombers, that’s who!

In the 8-2 victory over the Athletics the Giants also used some thunderous bats. Wilmer Flores had four hits and four runs driven in, the big blow a three-run homer in the bottom of the third inning to make a 2-1 game 5-1. Austin Slater hit a three-run opposite field homer in the bottom of the seventh inning off the green tin roof above the right field wall to put the game away after the A’s scored a run in the top of the inning.

He was a Slater boy
He said, “See you later, boy” 👋 pic.twitter.com/EiwBfec0vv

The Giants ought to create a new ice cream flavor in honor of Slater’s homer and with an honorable mention to the memory of Travis Ishikawa: Green Tin Roof (pistachio with some vanilla cream and maybe a touch of candied oranges).

The Giants are now leading the Majors in runs scored with 91 and Green Tin Roof Homers, with one.

The Gloves Come Out

Jason Vosler had a great game at third. Here is one example:

With the win and the loss by the Bums, the Giants are now in first place alone, feeling groovy and on a roll, all this without Longoria playing third. Very impressive indeed. The balance in the offensive attack and the dominance of the best starting rotation in baseball have been a winning combination so far in this young season.

Sam Long will start again tonight for the Giants and he will face Paul Blackburn in the finale of the two-game series against the Oaklanders. The Long start is an example of how Kapler and Company are stretching out the rest and off days for pitchers like Alex Wood and Carlos Rodon. It’s a long-term strategy to keep the hurlers fresh for October. With the Giant offense firing thunder and hitting Green Tin Roofs it’s a good strategy, particularly against teams like the Athletics that have been hollowed out by their penny-pinching, greedy bastard gazillionaire owners. There! I said it!