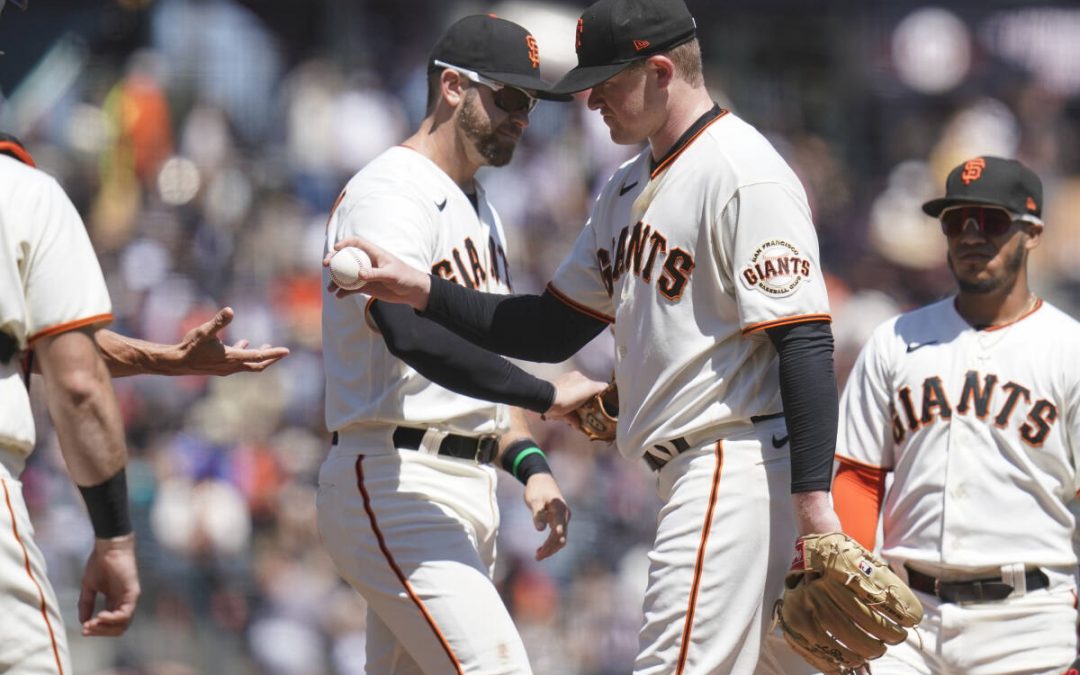 Well that did not go as planned. The Giants were blanked by the Diamondbacks yesterday, 5-0 and ended up splitting the four-game series to Arizona after winning the first two games. This is how strange baseball is: The Giants lost the games started by Logan Webb, yesterday and Carlos Rodon, Wednesday, after winning the first two games of the series started by their fourth and fifth starters (Cobb and Junis).

The real stinker is that the series was in San Francisco and I was really hoping for at least three games going the Giants way.

It was not to be.

Zac Gallen of the Diamondbacks has now tossed 21 1/3 consecutive scoreless innings, 7 1/3 of which came in last night’s ballgame. The Giants were able to get four hits in sum and that was not enough.

As for Logan Webb, well he was roughed up and chased from the game early after allowing five runs and nine hits in 4 2/3 innings. There are murmurings about Webb’s velocity trailing downward from last season. This is an undeniable fact but does not explain the whole story in this game. It may be that one or two MPH off the fastball and sinker make a big difference in how a hitter reacts to pitches.

This was also the first start in Webb’s career in which he failed to strike out a batter. That’s an ominous sign for a pitcher who up to this start, was having a fine season.

Here is Webb on his start last night:

“They’ve got a sneaky-good lineup. I had a lot of 0-2 counts today. I was getting ahead, but I couldn’t finish them off.”

That’s your story. It has been an issue lately for Webb and earlier in the season for Rodon: teams are fouling off more pitches and able to stay alive in two-strike counts waiting for hittable pitches.

Let’s remember too that Arizona is no joke. This is a team with starters in Gallen and Kelly that can be dominant and with a lot of power and athleticism in its line up.

For the Giants they had four hits in the game. Two came from the bat of Evan Longoria.

But the Giants did manage to hit into two double plays, even with four baserunners.

Things got even worse in the bottom of the seventh inning when with runners on second and third base and with a 1-2 count Brandon Belt….attempted a bunt that went foul!!!

I have no idea what to say about that. It’s about the saddest thing I have ever seen Brandon Belt do. I am kind of speechless about it.

There are no Giants highlights from yesterday’s game.

The Giants begin a three-game series against the Rockies in Denver. It will be Alex Wood facing Jose Urena.