Weekend Wrap: Ending the Home Season on a High Note 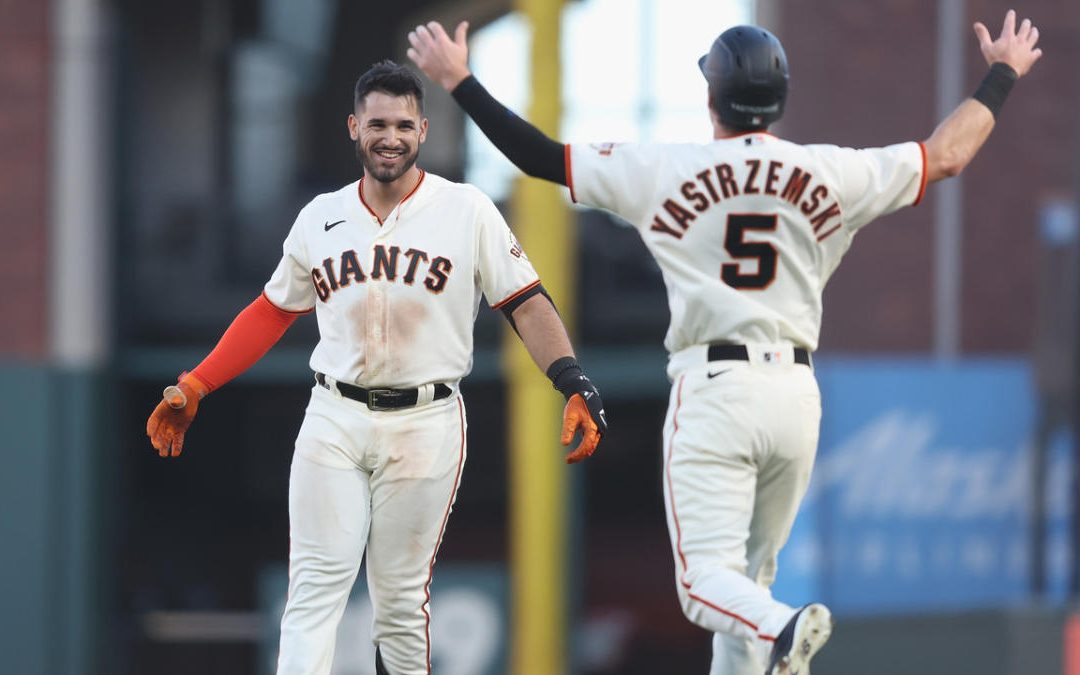 The Giants were eliminated from postseason contention on Saturday. It’s not the end of the world. We all saw it coming and I must say, good on the Giants for playing well to end the season. Their hot run in which they went 18-10 for September, their best month since April, meant that they were not eliminated from the new super, duper expanded MLB postseason picture until five games were left in the year. We can look at this three ways:

I would love to tell you I will do a scintillating analysis of all three reasons but the truth is that’s Dr. Lefty’s or GG”s forte. I’m just here to blow steam after a weekend in which the Giants were eliminated but still took two of three from the Diamondbacks in the final home series of the year. This weekend also saw the Willie Mac Award go to Wilmer Flores, Everybody’s favorite to win the award.

Sooooo, all in all it was a nice weekend, punctuated by an exciting walk-off win yesterday that saw David Villar grab a victory from the fangs of defeat against the DBacks.

The Giants used eight pitchers in yesterday’s 4-3 ten inning win at Willie Mays Field. Gabe Kapler decided to empty the bullpen to let the fans get one last look at the likes of Alexander, Szapucki, Young, Rogers, Miller, Brebbia (I’m still not finished with this list), Doval (still not finished), and Cotton. Cotton was the last man standing so he got the win, despite giving up the go-ahead run in the top of the tenth inning.

The scoring started when Evan Longoria lined a sac fly to left with the bases loaded and one out. That scored Flores. The ball hit by Evan was a laserbeam on a curveball about knee-high. In other words, the veteran hit a decent pitch to get the Giants on the board first. Longoria is BACK! Buuut, don’t be fooled, If’ I am the Giants I let him walk next season. His body can no longer withstand a 162-game season and I want to see the Giants get younger, faster, meaner and more athletic.

If Johnny Black is the GM it would be “So Long Longo, nice to know you. You were a good Giant with a snakebit career in San Francsico.”

But back to the game: In the top of the fifth the Dbacks tied it at one run apiece on a double by McCarthy. He scored from first on a close play.

The Giants took the lead on a home run to left field by Austin Slater. It was a rare homer in which Slater pulled the ball and you could see him thinking as he swung on an inside fastball “Oh, that’s what pulling for power feels like!”.

The long ball made it 2-1 Giants. After Arizona tied it at 2 each in the top of the eighth inning we went into extra innings and Villar’s heroics. The winning rally started with a walk to Wilmer and J. D. Davis’s infield single to load the bases. Walks will kill you in extra innings!

Here is the Villar game-winner. Get used to more of these in the future. The kid has a knack:

The Giants lost 8-4 on Saturday. That loss along with the Phillies win meant curtains on the Giants postseason dreams for 2022.

Yaz hit his 17th homer and Davis hit his 12th. Junis took the loss allowing eight hits and four runs in four and two third innings of work. Jameson, the Arizona starter, was much better allowing two runs in six innings and getting the win. The difference in this game was the starting pitching. Once again the Giants went with a bullpen approach for the starting pitcher, started here by Scott Alexander.

I do not want to wax too poetic about this weekend’s games. The Giants ended the home season with a respectable record of 44-37 at Willie Mays Field. So far this season they are 36-42 on the road with the final series in San Diego to play this week. That difference helps explain the absence from the postseason, quite frankly. If I were to list the reasons why the Giants did not make it to playoff baseball, in order of priority I would go thusly:

I’m looking forward to April 2 in Scottsdale too, Larry.