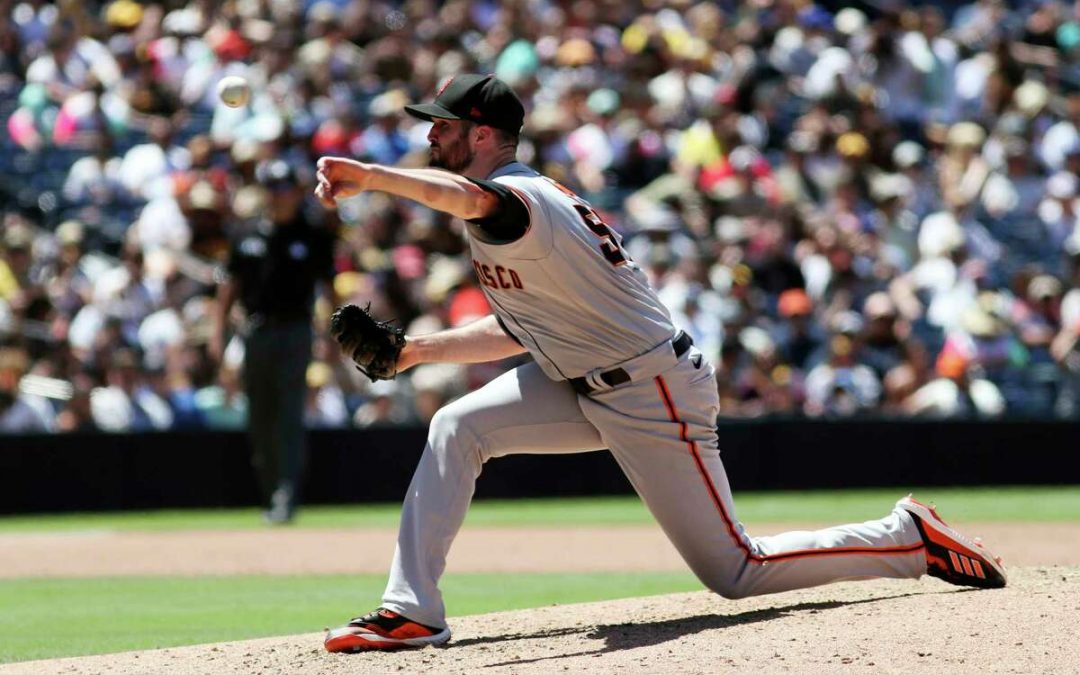 What a weekend ladies and Gentlemen! The Giants begin their four-game series in San Diego with two dis-spiriting losses on Thursday and Friday and are about to go under .500 to start the halfway point of the 2022 campaign when Carlos Rodon pitches the game of his life on Saturday and Alex Wood shuts down the Padres on Sunday. Suddenly our boys are on the upswing after splitting the series in San Diego and are heading home with their heads held high and their spirits soaring for the final week of games before the All Star Break.

Let’s start with Saturday’s epic 3-1 win that may have saved the Giants season. It was that big a victory.

The most impressive aspect of Carlos Rodon’s complete game victory, a 3-1 win over the powerful Padres, was his stamina and efficiency. To pitch a complete game in today’s Major League Baseball universe you need a little luck and a lot of quick innings with fewer than 15 pitches. Carlos the Magnificent had them in shutting down the Padres and allowing only one run on three hits while recording twelve strikeouts against two walks. He threw 112 pitches in all and my guess is the only reason he pitched the ninth was because in the top of the 8th inning Wilmer Flores hit a two-run homer to give the Giants the 3-1 lead they would hold.

Rodon’s fastball was especially effective on this day. He was able to locate it up and down, east and west and keep the Padres one step and one swing behind. He was never in any real trouble, despite allowing one run in the bottom of the second inning, an inning where he was able to walk off the mound after inducing a double play after the bases were loaded. At one point Rodon retired 22 of 23 batters in a stretch where he was basically un-hittable and the San Diego batters could be seen talking to themselves after leaving the batter’s box. It was a special sight and a big-time example of picking up your team when they most need it. He is now 8-5 with an ERA of 2.70.

Credit is due to Gabe Kapler who kept his ace in the game even after he walked Luke Voit in the final frame.

Coming into Saturday’s game the Giants had lost 9 of 11 and were on downward spiral headed to oblivion and a season-ending run of contention.

“Anytime you lose multiple games in a row you want to be the guy that’s the stopper. That was kind of the goal today, go out there, give my best effort. In my head I wasn’t thinking, ‘I’m going to throw a complete game today.’ No, I’m just going to go compete and whatever happens, happens. Good things happen when you go out there and compete.”

Just look at Rodon’s reaction upon striking out the final batter of the game:

Rodón went the distance and finished it off in style‼️

“It’s interesting; last time he mentioned that we needed to play with more fire. It’s great when the guy who says that comes out and provides the fire. That’s exactly what he did.”

You all remember Rodon’s comments a few days ago on how badly the Giants were playing? Well, he backed them up with this performance. It’s one I will not soon forget and nor should you, Giants fan.

The Padres got that lone run on three straight singles then an error by Brandon Belt. It was the only blemish of the game. The Giants scored their first run after loading the bases and Brandon Crawford hit a sacrifice fly. It was a wasted opportunity as the bases were loaded with nobody out but that’s the way it goes these days for a team that seems to live and die by the home run.

In the top of the 8th of this dramatic contest that felt like a postseason game, the Padres reliever Garcia walked Joc Pederson in front of the Flores homer to left.

After the nail-biter on Saturday the Giants came out slugging in yesterday’s 12-0 smashing the Padres. Alex Wood pitched a gem on the heels of Carlos Rodon’s masterpiece and the Giants left San Francisco North with two wins and their fans chanting in unison with the Padres fans a special tune about doing something to the Dodgers.

Wilmer “Flower Power” Flores had two homers among his four hits and four RBIs. He now has 12 home runs on the year and suddenly looks like the second coming of Matt Williams. The beautiful thing about Flores is his ability to wait on the breaking pitch and slam it over walls as well as his ability to turn on inside fastballs. He has a bright future as a Designated Hitter and I could see the Giants keeping him beyond his current contract. Flores has also shown a knack for the big clutch hit. It’s a real talent, believe me.

Flores can hit any pitch in any location over the wall:

Don’t try to sneak a fastball by Thairo Estrada:

As long as I’ve got my suit and Thai, I’ma leave it all on the floor tonight 🎶 pic.twitter.com/OtkiRNcLYZ

Thairo Estrada homered to start the scoring and the Giants were off to the races in a game that was never in doubt. The boys had 17 hits in all and scored runs in the second, third, the fourth, the seventh, the eighth and the ninth innings. That’s what I call consistency. That’s what I call never taking your foot off the gas. It was a much-needed display of thunderous lumber that had been woefully lacking for the better part of a month.

Alex Wood pitched seven shutout innings and allowed only three hits while striking out eight and walking one. He was simply fabulous and very efficient. It is interesting to note Wood’s place in the starting rotation, right after Carlos Rodon. Normally you try to break up the righties and lefties but because Rodon and Wood are such different pitchers they represent a big change and challenge for batters one coming after the other. Wood is now 6-7 and he has lowered his ERA to 4.43. I think he can get it under 4 for the season.

The Giants made some big roster moves over the weekend:

The #SFGiants made the following roster moves:

The most surprising move to my innocent eyes is Jake McGee getting his walking papers. I am surprised the Giants gave up on him, despite his horrific 2022 campaign. I would have expected McGee to go on the IL again and find another pitch but no dice. The Giants gave him the heave ho.

Maybe it’s just coincidence but the Giants play better and win more games with Luis Gonzalez. Their terrible stretch started with Gonazlez’s absence and their two wins on the weekend coincide with his return. Could Luis be the straw that stirs the San Francisco drink?