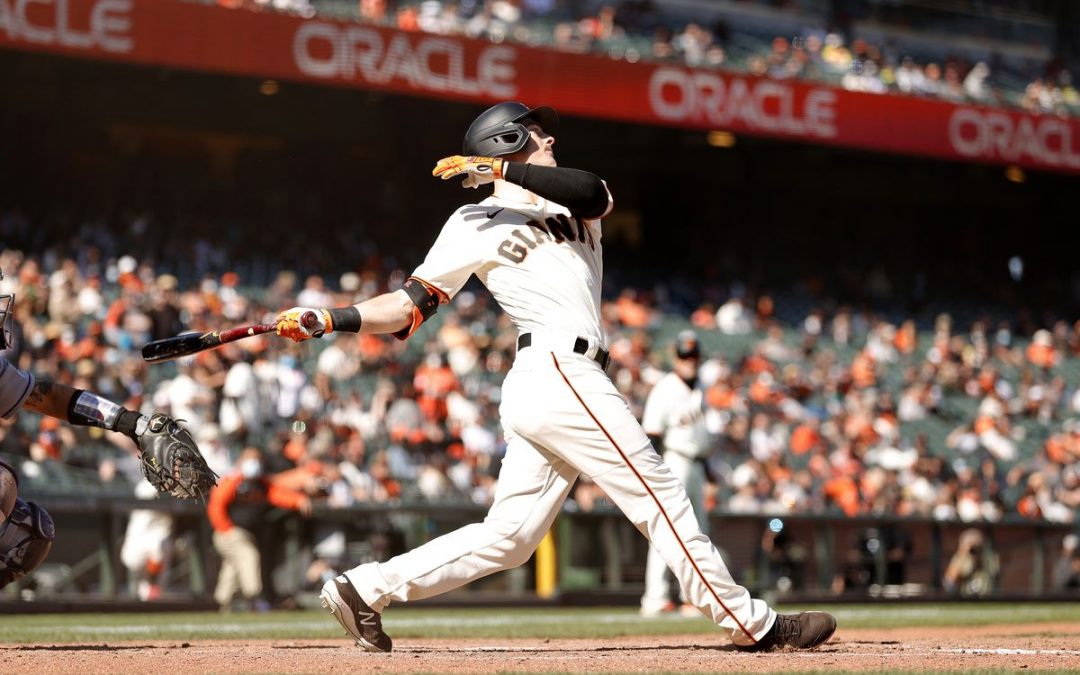 I wouldn’t call this a lost weekend exactly but it was not good, Giants fans.

Tell Me How You Really Feel, Giants Fans

In fact, my team hit the ballpark recently and read Baggarly’s latest column on the Giants, the ownership and the in-game experience. Here are some juicy comments:

I’ve lived out of state for about a decade now but would always make a trip back once a year to see family and catch a game or two. When we went back earlier this month we didn’t bother to go to a game. The last few times we’ve went My wife and I were always bothered by fan behavior that I wouldn’t really want my daughter to be around… expensive seats or cheap seats it always seemed a little uncomfortable. Probably just bad luck on my part that we’d always seem to end up next to a group of people who would get plastered by the 3rd inning. For whatever reason I haven’t ran into that issue when seeing the giants on the road. So instead pocketed the money and bought some good tickets for when the giants are in Phoenix in the 4th of July.

It says a lot when the most interesting thing that’s happened this season is someone getting slapped by an opposing player before a game.

I believe in Farhan but this team has nobody I would spend money to go to the ballpark to watch.

The front office may be “active and engaged”, but as John Wooden used to say “ Don’t mistake activity with achievement”. Sean Hjelle’s dropped his AAA ERA from about 8 to 4.50, more than respectable for that league. So instead of bringing him up to pitch 2 innings in a weekend, patting him on the head (with a ladder), then sending him back with something to work on, why not, you know, give him a couple of starts and let one of the rotation anchors (not stalwarts, but the ones dragging the team down to the bottom of the bay) try to fix themselves mopping up…. or invent a reason to put them on the 60 day DL. How about giving Villar some run, instead of immediately defaulting to you latest acquisition who hasn’t done anything of note for over a year? I won’t say it will make an immediate impact in attendance but, in general, people are more likely to get behind young guys from your own system, versus guys who, even if they perform,
people don’t think will be around in 2 years.

From a multi year perspective Farhan and the front office deserve a ton of credit for re-shaping this roster and finding value in the margins but that’s not how you follow a 107 win season and the retirement of a franchise legend. This is a a boring, mediocre team with almost no one that gets the fans excited or engaged. They bet too heavily on a 200 game sample size (late 2020 and last season) instead of the longer track record of players and it’s showing.

Attendance wise tickets have stayed expensive and the once great concessions have deteriorated. The price keeps going up while the food quality and portion size gets smaller. Last visit I had cold, stale garlic fries that were a huge disappointment. In game entertainment doesn’t matter much as long as the team is fun to watch but the staleness definitely stands out this season.

In a market driven by two big spending, strong contending teams like the Warriors and Niners the Giants are falling behind by playing it too conservative.

Inflation; cost of tickets, beer, parking, etc etc. this ownership had 70 million to spend after losing posey and Bryant and signed released minor league scrubs, aged vets, or chronically injured bums coming off career years. They won 107 games last year and took their foot off the gas. Whether money is tied up in a political move or land development, fans are getting screwed. This is an embarrassment of a product and farhan Zaidi and Scott Harris are to blame. They have no minor leaguers to speak of and now will have to trade from an avg farm to get better when we could’ve spent money to improve and be better in the winter. No one is excited about this team so when farhan says that he can shove it. I’m sick of it and won’t support it. It’s entertainment at days end and I don’t know if any of these marginal players will be on the team next week let alone next year or years to come.

As a new writer on the TWG staff I have studied the comments to learn more about the Blog’s identity and fanbase. It’s a fantastic and diverse array of opinions. One of the cute things is when the TWG gang differs on the gravity of a loss. Some will be on the precipice of wrist-slicing after a particularly ugly defeat while others will always be upbeat and never see a problem, no matter how ugly the Giants play or how dire the losing streak.
Yesterday was a bummer.
It was a disaster. There’s no way to say it wasn’t. Sorry gang.
The Reds have the worst record in baseball, by a lot, and beat up on our boys in the decisive game of a three-game set, 10-3. It wasn’t that close. The Res scored seven runs in the top of the third inning with two outs. Anthony Desclafani’s ERA is now at 9.95. No, that’s not a misprint, nor is it a sale at Amazon for 2020 Kevin Gausman shirsey. It’s that bad.
To make matters worse it took six more Giants pitchers to get out of the game once the Giants went down 7-zip. I just don’t understand that. Maybe some guys needed work but that seems to me like a waste of bullpen arms. At least the Giants are off today.

So far in every Weekend Wrap I have had something positive to write about so we can end this one on a high note because the Giants did win on Saturday. That game, a 9-2 thrashing of the Reds, saw Logan Webb continue his dominant run of starting pitching. He went six innings and allowed two runs, one earned, and recorded six strikeouts. He could have gone seven or eight innings but with the big lead Gabe Kapler wisely decided to rest his ace. Good on him.

Webb was aided by four Giant home runs, from Flores, Pederson, Estrada and Longoria. The win snapped a three game losing streak and helped the Giants recover a little bit of their swagger, one would hope.

Giants: SS Brandon Crawford was placed on the 10-day injured list because of left knee inflammation. Yermin Mercedes was called up from Triple-A Sacramento to replace BCRAW.

This team is showing its age.

Where the Giants Stand

After Sunday’s loss the Giants are now 39-33 and looking more and more pedestrian every day. I’m not telling you it’s time to panic. You never know. Maybe Belt gets hot and Longoria drinks from the Fountain of Third Baseman Youth and the Giants reel off 12 straight victories. I am having trouble seeing this as a possibility however.

I have written before about the roster construction, the age, the top-heavy pitching staff and the underperforming prospects in AAA. We can say there is hope in a couple years with the likes of Vosler and Ramos and Luciano on the horizon but I do not have much confidence in ownership’s commitment to fielding a winning team or the front office’s ability to draft and deal top level talent.