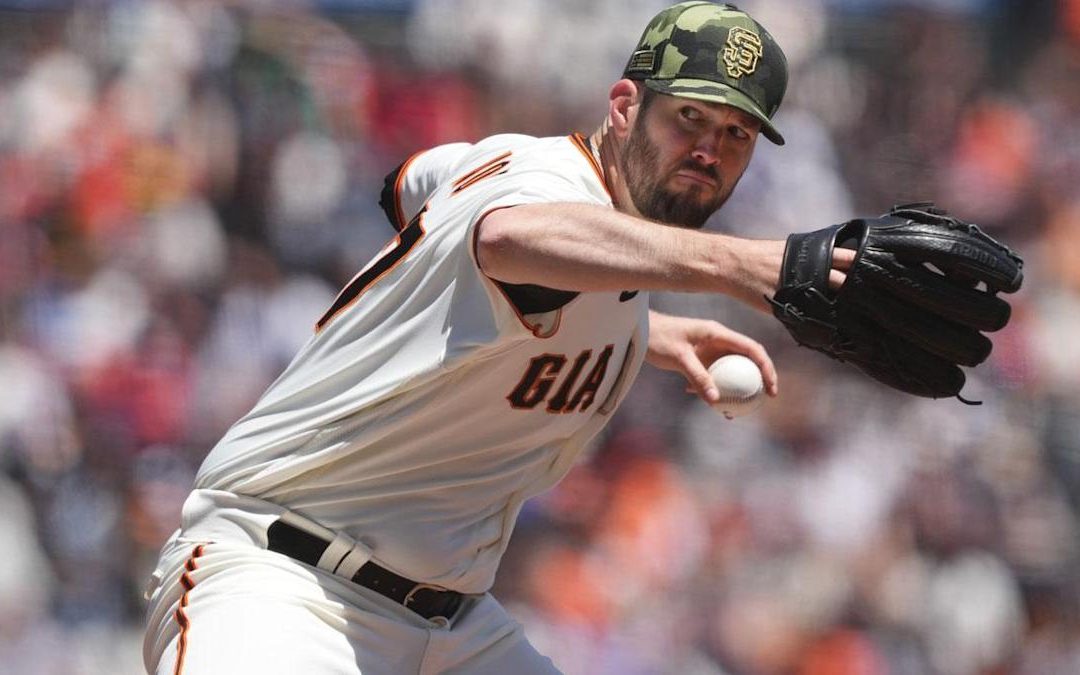 Editor’s Note: Today marks the debut of our newest writer, Johnny Black. Please join me in welcoming him to the Together We’re Giants Family. Johnny is a native of Santa Cruz and a life-long Giants fan. This marks his first Weekend Wrap, a new series that will appear every Monday.

The old phrase of “San Diego South” came about thanks to Giant greatness and all the San Francisco fans who make noise and represent their ball club at Petco Park. Well, after the weekend massacre punctuated by Sunday’s 10-1 loss (it was not even as close as the score indicated) by the Padres at Willie Mays Field we may need to call or park “San Diego North” when the team in brown and yellow is in town.

Sometimes a weekend is just a weekend: you go out with your girl. You laze on the couch watching the Giants, and you decide to work on a house chore, in other words, a nice pleasant Saturday and Sunday.

Then there are weekends to forget. This was the situation for the Giants in a series that saw them get swept by the Padres in San Francisco for the first time since 2016

Maybe those awful camouflage “militaristic” caps are to blame?

It was demoralizing (I know my morals are disappearing…) It was, to say the least, a very bad three games for our boys.

In her Out of Left Field column, Dr. Lefty deftly used the title “The Third Place Giants.” Well, let’s just say, after the spanking at the hands of the Padres and the continued domination of the Dodgers, the NL West suddenly feels like a two-team race and the Giants are left out to watch, alone in third place.

With their 10-1 loss yesterday (Read the box score here), the Giants are now 22-18, 5.5 games behind the Bums (who also lost, by the way). There were those of you (and I) who said that once the Padres signed new Manager Bob Melvin they might be a force to reckon with… Boy, oh boy has Melvin made a difference. Like it or not, this San Diego club is for real.

For yesterday’s game let’s start with Alex Wood. The lanky lefty had a day to forget, giving up five runs on eight hits in his three innings of work. To be fair two of those runs were surrendered with John Brebbia pitching in a critical moment in the top of the fourth trying to keep the game from getting out of control. The Padres had three runs in when Manny Machado hit a two-run double. Wil “Giant-Killer” Myers followed with an RBI double of his own and suddenly it was 7-zip and getting ugly quickly. Speaking of Machado, the early MVP of the National League, he had four extra base hits on the day and raised his batting average to .374.

The Padres were not finished yet. They would tack on  runs in the fifth and the sixth. They would end up with 17 hits in the game. Every Padre starter recorded a base knock.

The Blowouts Are Getting More Frequent

This game marks a disturbing trend for the Giants in 2022: They’ve been losing big and badly at a regular pace this season. This rarely happened last year. The biggest difference has been the work of the middle relievers when the opposition scores first. It’s not that Alex Wood was horrible yesterday. He wasn’t. He allowed some hard hit balls but when a 3-0 game suddenly becomes 7-0 (the four runs scored after Brebbia’s appearance) we’re talking about a whole different baseball contest. For the Giants that was all she wrote.

To make matters worse, our boys recorded a grand total of four hits…but they did manage to strike out nine times. This was one of those “let’s wash them off” games. The problem is the Giants are going to need some industrial strength cleansers, bleach and every other horrible chemical known to baseball players, to wash this weekend series off.

With the loss the Giants record at home is a very pedestrian 11-10. Now we know it’s early. We know it’s only forty games…. Buuuuuuuuuuut, getting swept at home by a division rival really hurts my feelings.

If I Were Gabe Kapler…

Here is what Gabe Kapler did not say (but what I would have said) after the game:

“First, I want to apologize to the fans and the people of San Francisco. I’ve seen better baseball games played on the street with broomsticks and tennis balls. We were just awful today. Woody was… well, not solid. The bullpen shat the bed. Second, our offense was just… offensive.

If we don’t turn things around soon it will be time to give the boys in Sacramento or San Jose some playing time. We cannot let Friars hand it to us like this. It’s just not cool.

We stunk and the buck stops with me. I hate, hate hate losing, especially to a baseball team wearing yellow uniforms (Overturns press conference table and walks out in a huff….”

To pour sea salt, Pacific Ocean of course, on the wound that was yesterday’s game, Brandon Belt was placed on the 10-day IL with a knee problem. It’s the same knee that has given Belt problems in the past. There’s no polite way to say it: Age is catching up with BB9. Without him on the field and in the line up the Giants go from a solid second-place team to a third place club. He is that big a difference-maker.

Brandon Belt got a cortisone shot in his right knee and landed back on the IL.

Here’s what it means for the Giants this week (via @PavlovicNBCS) https://t.co/LzBJvMsoMK

Infielder Kevin Padlo was called up from Sacramento.

How Much Do the Giants Miss Buster?

That’s a rhetorical question of course. Yesterday Joe Bart caught and went 0-3 with two more strikeouts. With Curt Casali out indefinitely because of a concussion suffered from a foul tip on Friday (he was placed on the seven-day concussion protocol list) the Giants appear to have a catching problem. Bart has now struck out 41 times in 74 at bats and is hitting .162. Now let’s be clear: I am rooting for Joey Bart. I like the tools. I like his size and physicality. I love his power. Buuuut, if the Giants want to contend for the division they simply cannot allow this kind of black hole in their line up any longer.

Note, I did not say “much” longer. I said “any” longer. It’s time for the Joey Bart experiment to take a pause in Sacramento or on the bench. There’s no shame in it. This does not mean Bart will not be a good Major Leaguer one day. It simply means this: If the Giants are serious about 2022 then the loss of Buster Posey has to be made up for with a different catcher or catching tandem, assuming Curt Casali returns. Right now the injury to Casali and Bart’s struggles has caught the Giants and Farhan Zaidi with their pants down because there is simply not much in the Minor League system when it comes to Major-League capable catching depth.

The Giants lost a hear-breaker on Saturday, 2-1 to the Padres (see the box score here). Carlos Rodon started and pitched six innings allowing five hits, two runs, four walks and striking out six San Diegans. Rodon’s toughest inning wsa the first in which he walked two consecutive batters after Darrin Ruf’s two out error at first (see what I mean about the Giants missing BB9?). Rodon would escape the jam without surrendering a run but the extra pitches took a toll:

“Carlos was able to climb of the first nicely and bounce back. Obviously it cost him a couple of pitches, that’s part of the game, but I really appreciate when a starting pitcher picks up a defender who doesn’t convert a ball into an out, so Carlos did a nice job picking up his teammate there,”

The game was decided on Luke Voit’s squeeze bunt in the top of the sixth that saw the Padres score their second and final run of the game. The Giants were held in check from there by Joe Musgrove, the Padre starter who went seven, and the Suarez-Rogers tandem that saved the game.

Joc Pederson did go 2-2 with two doubles and looks to be bouncing back after a bit of a cool streak at the plate.

It should be noted that the relief corps of Garcia, Leon, Alvarez and Llovera held the Padres scoreless through the final three innings. The story of this game was the Padre pitching.

Let’s end this Weekend Wrap on a positive note:

Thank you to our partners @CA_Richmond, @goodtidingsSF and the Hurlbut B. Foundation for helping us provide a safer, equitable and state-of-the-art location for children and families to PLAY BALL here in Richmond. ⚾️ pic.twitter.com/wxEKAsaNr4