What is Brandon Belt’s Future? 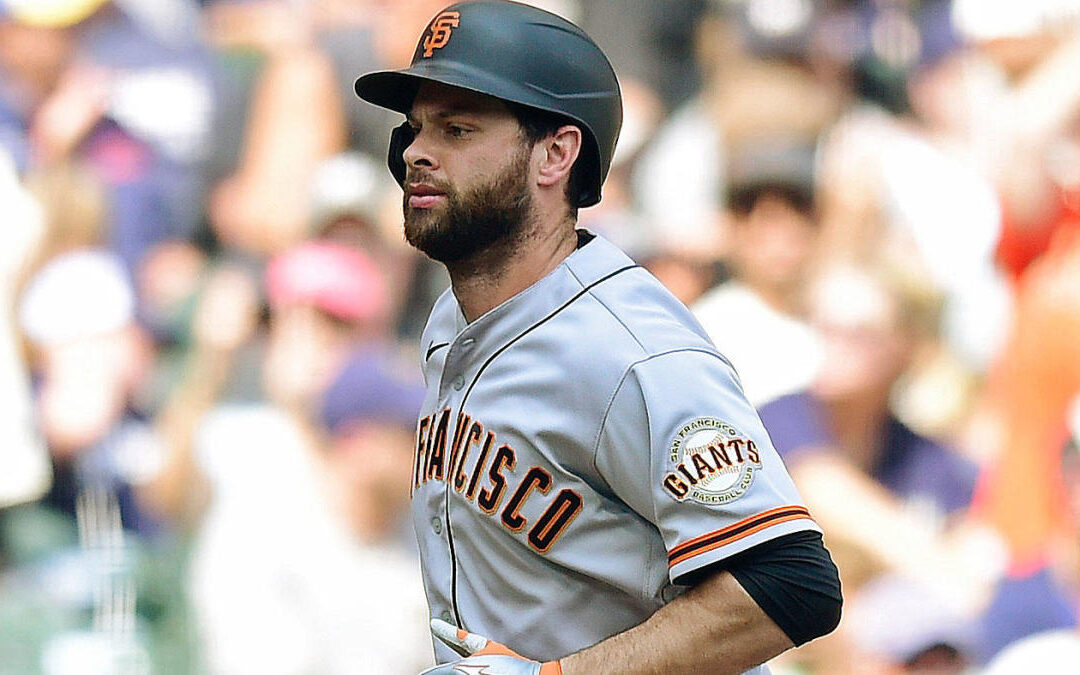 With Brandon Belt facing free agency at the end of this season it is possible he played his last game as a Giant (sniff, sniff). 2021 was both cruel and kind to the Giant first baseman. He had one of his best seasons ever with a career-high 29 homers, and OPS of 975 and OPS+ of 160, and played his usual superb defense on the field. He carried the team for a stretch in August (remember his series in Chicago? Denver?, New York?)

When BB9 signed his six-year $79 Million extension in 2016 it was timed to end at the same time of Brandon Belt’s big contract extension and Buster Posey’s guaranteed contract (Buster’s deal has a team-option for 2022). The effort was designed to keep this homegrown trio together for as many title runs as financially possible in their prime years.

Brandon Belt has made no secret of his desire to remain with the Giants and finish his career in beautiful San Francisco playing games in the world’s most glorious ballpark.

The moment of truth for the Giants organization is arriving and it appears, if one reads between the silences of the Giant front office, that BB9 will not be re-signed by San Francisco. While this is only speculation my guess is that if Farhan Zaidi wanted BB9 for the next couple years then the deal would have been done already, particularly with Belt’s desire to remain a Giant.

What would it take to keep Belt a Giant? My guess is something in the neighborhood of a four-year deal worth $50 million might do it. It may be too much of a gamble in the eyes of a Giant front office worried about the big fella’s injury history and considering they will need to shell out major dough to sign a starting pitching staff with free agents like Gausman, Desclafani, and Wood ready to depart.

Let us assume, sadly, that Belt will not be a Giant next year. If this is the case and the baby Giraffe heads to free agency it is interesting and also a bit sad to consider the possible landing spots for the beloved first baseman:

I am not going to write a eulogy on Belt’s Giants career just yet. Maybe he will return and maybe he will end his career as a Giant.

Yesterday Larry Baer published his annual season in review letter. It is a great one. Click on the twitter graphic to read it in its entirety.

From the desk of Larry Baer