Who Will Be the Next Pitcher Acquired for the Rotation? 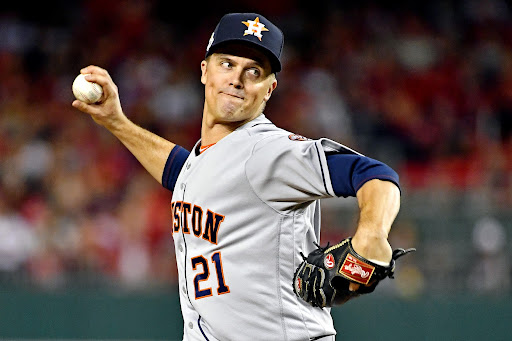 This is the best I can come up with fans. With the sad lockout and zero baseball news, I figured to create a new thread on the question: Who will be the fifth pitcher in the Giants rotation? I have heard interesting rumors and suggestions: Zack Greinke, Danny Duffy, Sonny Gray, etc. My money is on the Giants making a trade for pitcher in that vein, not a superstar, not a big free agent, just someone with a decent track record and a high ceiling.

With the acquisitions and retentions of Alex Wood, Anthony Desclafani and Alex Cobb, the Giants, as many have pointed out, have tons of money and room to spend. It seems, however, that Farhan Zaidi prefers a prudent approach with the dollars and the contracts for pitchers over 30, even if the free agent market dictates otherwise.

Zaidi has already he stated he prefers carrying at least 7 or 8 starting hurlers on the 40-man roster. It’s a very Bumsesque approach to managing a staff, to lighten their load and to maximize the ability of each player while protecting their health. This has proven to be a solid strategy for the rivals down south and for our boys last season. This also means pitchers already in the system like Caleb Baragar, Sjean Helle and Sammy Long will likely make a few spot starts as well.

Now, for a regular season plan, this may work. For the postseason…mmmm Not so sure. I think it is possible the Giants make an in-season deal to acquire a bigger name at the top of the rotation. I also think the story is not yet completed for Tyler Beede, who must be on the 40-man this season or DFA’d since he is out of options.

The official Giants Twitter Page is resorting to trivia:

How about some #SFGiants Trivia Tuesday? Let’s start it off with a little local flair: