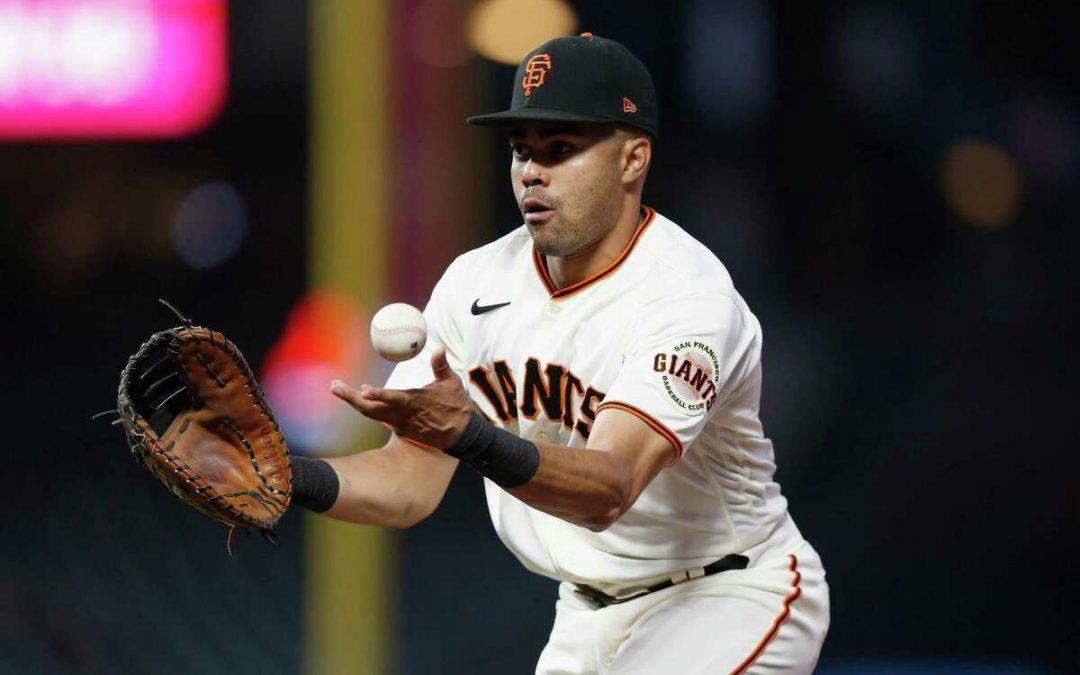 That Brandon Belt is officially no longer a Giant and a member of the Blue Jays the question arises: Who will play first base for the Giants in 2023? One thing is sure: You can bet your Carlos Correa physical results that it will be a platoon position. Here are the principals involved in the first base equation as of press time:

I had no idea who Brett Wisely is. Evidently he is a ghost because the Giants could not even be bothered to put his photo on their official website, from which I poached the above images. But one look at his baseball reference page shows you that he last played for AA Montgomery. So there’s that.

So that makes potentially three first baseman and not one of them is considered a solid glove. With BB9 gone the Giants lost a lot of defense. Even if Belt’s knees and creaky frame no longer gave him the range he had as a wee young lad in say, 2014, his ability to scoop up bad throws was a huuuuuuuge asset.

I see the Giants making a move before Spring Training for a better glove/bat for first base and for a backup catcher. The 40-man roster is by no means set. As Dr. Lefty has stated in her comments and recent post, letting Wynns walk is a head-scratcher since Joey Bart is by no means an established everyday catcher yet but that’s a discussion for another day. Right now I am laying awake at night wondering who will anchor the first base bag, perhaps the most underrated position on the diamond in terms of its importance defensively. It is said by many brilliant baseball minds that the most important defensive positions on the diamond are catcher and first base because they handle the baseball more than anyone.