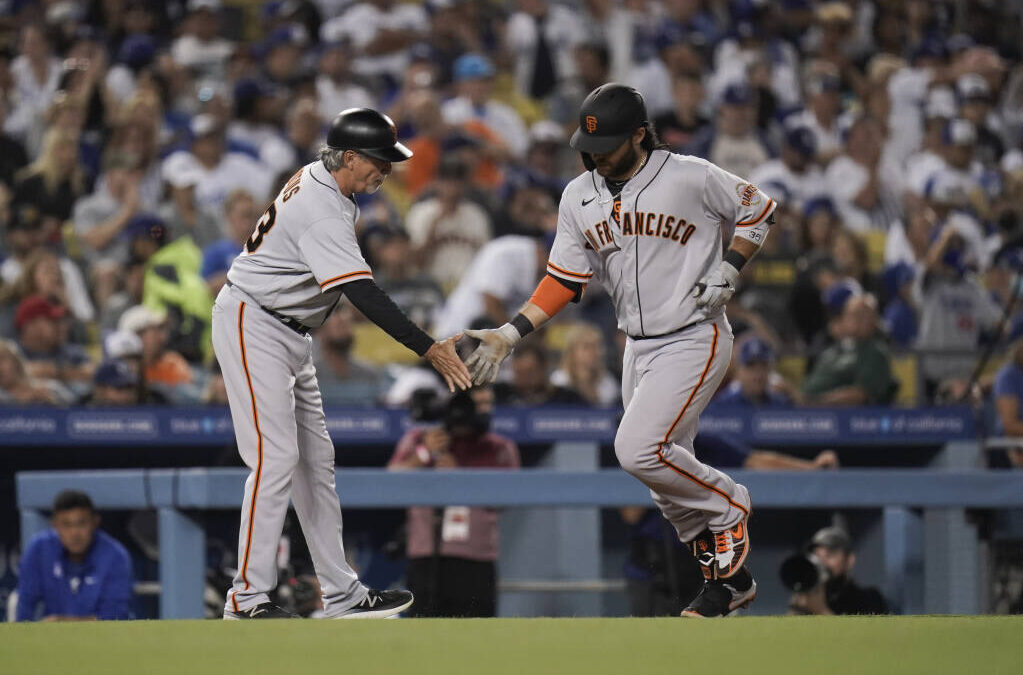 This was one of those classic taught Giants-Dodger games that could have gone either way. The 3-2 loss was interesting in that all the runs were scored by solo homers.  There was one by BCraw and one by LaMonte (I should be playing everyday) Wade Jr. Two of the Dodger homers came in the bottom of the first to put Anthony Desclafani into an early hole and Trevor Bauer was simply too good. The difference in the game was quite simply in the starting pitching, one could argue. The Giants were hitless in eight at bats with runners in scoring position against Bauer and zero for 13 overall in the game.They also had eleven hits and left eleven men on base. It was not a great night for the hitting attack.

There were intense moments in the game including a pinch-hitting appearance by Curt Casali who was selected over Austin Slater in the top of the 9th. I say it was intense because it was revealing in the opposite fortunes for both Casali and Slater that Giant Skipper Gabe Kapler chose the relatively light-hitting but hottish-lately backup catcher over Austin Slater.

There was a bit of a kerfuffle over the Tauchman play in the top of the 9th as well. Tauchman hit a single but was thrown out trying to make it a double after the ball was bobbled. The play was super close (and the argument could be made that upon further review Tauchman beat the tag and was indeed safe) and it appeared that Tauchman did not run hard out of the box, assuming it would be a routine single. It was not and that delay cost the Giants mightily in a tight game.

That play brings up the question of baseball culture and players making assumptions before plays are over. Too many times players simply do nor run hard out of the box and too many times that costs them. I wonder what it will take to change this lack of hustle, hot dogging culture. I wonder when an organization will teach and force their players to run out every play every time. Is it something I am missing? I just do not understand the inability to run hard for 90 or 180 feet when basketball and soccer players run miles every game. That is one change that needs to happen in baseball and one reason I so admired a player like Hunter Pence. He never dogged it.

Here is the Crawford homer, a 444 foot moonshot that was sublime.

This 444-ft homer from Crawford is his longest in the Statcast era: pic.twitter.com/JYDavZp3DC

In the series finale it is Gausman against Buehler. It should be a good one. Game time is 7 pm, Maury Wills time.