A Big Week Ahead 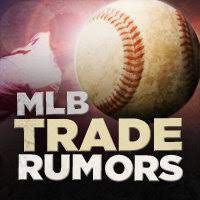 Ugh. Greek Giant gets to write about the two thrilling ninth-inning comeback wins, and I get a lackluster sloppy loss to a last-place team. Added to their poor performance in Pittsburgh in May, the Giants are now 2-3 against the lowly Bucs and need to win both games this weekend to avoid losing the season series.

I don’t really want to write about last night’s game, and I’m certainly not here to crap on LaMonte Wade Jr., one of the brightest bright spots of a season that’s had many, or Dom Leone, who’s helped stabilize a shaky bullpen since his arrival (Remember how they were walked off two nights in a row in Pittsburgh because the bullpen melted down? OK. Let it go.)

Instead, let’s talk about where the Giants are, six days before the July 30 trade deadline, and where they might be when I write this column next weekend.

After winning 3 of 4 at Dodger Stadium and despite last night’s loss (thanks, Rockies!), the Giants still lead the NL West by three(!!!) games and still have the best record in MLB. But here come the Dodgers again, for a midweek (Tuesday through Thursday) series at Oracle Park. You might recall that the Dodgers swept the Giants three straight on their first visit to Oracle back in May. That was when Molly Knight of The Athletic infamously noted that the Dodgers had “restored order” in the NL West. Let’s review what she said on May 23, two months ago:

The NL West was supposed to be a race between the Dodgers and Padres, who many believed going into this season were the two best teams in all of MLB. The Giants were not supposed to contend with either. But thanks in part to injuries for the Dodgers and a COVID-19 outbreak for the Padres, the Giants went into this weekend in first place in the division.

The Dodgers bludgeoned them to restore order.

If San Francisco thought it had a chance to hang with the Dodgers over the next five months of the season, those aspirations were punched in the mouth this weekend.

The Giants then went into Dodger Stadium the following weekend and took 3 out of 4, and as I said at the time, order was “unrestored.” They haven’t been out of first place since, though they came close to falling into a tie with the Dodgers twice last week until Kenley Jansen happened, first at Coors Field and then against the Giants at Dodger Stadium. The Dodgers will be highly motivated in this next series, especially after the controversial ending to the last game at Dodger Stadium on Thursday night. How motivated? Max Muncy and his wife scheduled their new daughter’s arrival so that he wouldn’t miss any games against the Giants. (This may be TMI, but I had both of my deliveries induced for medical reasons. That is not a fun way to have a baby. So Mrs. Muncy was definitely taking one for the team.) The Dodgers also have their two best starters, Julio Urias and Walker Buehler, lined up for the series at Oracle; the Giants similarly will have Anthony DeSclafani and Kevin Gausman available. It’s a big week for both teams. The Dodgers may have been smug in May, but they’re not smug now. Isn’t that right, Max?

The deadline is next Friday at 1 p.m. Pacific time. There have been ninety cajillion articles about buyers/sellers/prominent trade chips/what the Giants might/should do, so I’m not going to rehash all of that. I just want to make a few observations about the Giants’ unique and surprising situation this week.

So Zaidi/Harris et al. must balance the present–We have a shot! But we like our team and don’t want to mess it up!–with the future: We have a ton of expiring contracts and will have to do a lot of offseason building, and the ability to trade prospects then may be very important.  It’s kind of a first-world problem to have, but it is complicated, and the clock is ticking. What will they do? Well, Zaidi’s past history may be instructive. Here are two key moments to consider.

In July 2014, when Zaidi was still working for the A’s, Billy Beane traded Yoenis Cespedes, at the time batting cleanup and at the heart of the A’s turnaround, to rent Jon Lester from the Red Sox for a playoff run. At the time, the A’s had a huge lead in the AL West. The A’s had been knocked out of the playoffs the two previous years by the Detroit Tigers and their powerhouse rotation (which included Justin Verlander and Max Scherzer, among others)–and the Tigers nabbed David Price from Tampa Bay right before the deadline. Beane looked ahead to October and sacrificed Cespedes to add an ace. It didn’t work out. The A’s immediately went into a tailspin and ended up needing to win the last game of the season just to get the second wild card spot. Lester started the wild card game, but the A’s lost it to the eventual AL pennant-winning Kansas City Royals. Zaidi may have taken from that experience that upsetting the chemistry of a team that was rolling to plan for an October run that never happened wasn’t worth it. Then there’s the Giants’ own history of disrupting a winning team by trading a popular clubhouse guy, Matt Duffy, at the 2016 trade deadline. Zaidi wasn’t here for that, but he’s surely heard about it.

When Zaidi worked for the Dodgers and Andrew Friedman from 2015-18, the Dodgers won the NL West all four years and two NL pennants. There was pressure every year to trade elite prospects to bolster the team for October. Like the A’s, the Dodgers had a disappointing track record of being great in the regular season and flaming out in October. So it was very tempting to spend prospect capital in July to get the team over the October finish line. And they did acquire Yu Darvish in 2017 and Manny Machado in 2018 (to replace an injured Corey Seager). But they resisted the temptation to give up players like Seager, Cody Bellinger, Urias, or Will Smith, holding onto their best prospects while still improving the team in the present. My guess is that Zaidi will be working from the same playbook this week for the Giants.

The Giants have four players on the 60-day IL who are nearing a return over the next 2-3 weeks: Longoria, La Stella, Moronta, and Aaron Sanchez. Decision time won’t come for any of them before the trade deadline, but it will factor, in that whatever trades are made, if any, may well involve players on the current 40-man roster rather than prospects in the minors. So consider names like Tyler Beede, Mauricio Dubon, Camilo Doval, Kervin Castro, or even veterans like Alex Dickerson or Austin Slater as players who could be moved. I also wouldn’t be surprised if Sanchez was DFA’d rather than returned to the 40-man roster, especially if the Giants trade for an established starting pitcher this week–doesn’t have to be Scherzer, just someone who can provide innings and depth. And I do think the Mike Tauchman Era and maybe the John Brebbia Era are coming to an end before much longer.

We need a nice sharp outing from Gausman that hopefully gives the bullpen a breather and we need a win tonight. This next week should be exciting and tense. Fasten those seat belts. Lefty out.