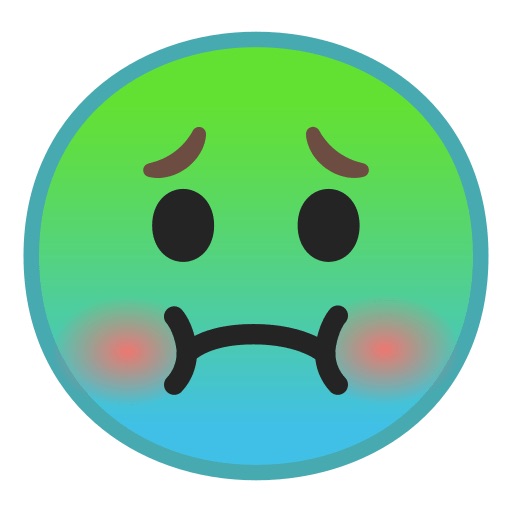 Note: Sorry this got long. I had a lot on my mind!

I started writing a regular column for TWG in 2017. You remember the 2017 season, the one where the Giants came perilously close to losing 100 games for only the second time in franchise history? The one where they finished with the worst record in baseball, but still didn’t get the #1 draft pick? Sure, you do, even if you’ve tried to block it out. Let’s just say that it wasn’t the most delightful time to be a fledgling baseball columnist. I’d drag myself out of bed on Saturday mornings feeling a lot like the emoji at the top of this post and knowing I’d have to relive another disheartening Friday night loss. On the other hand, all of that anguish led to the #2 draft pick, with which the Giants selected…/checks notes…oh, never mind.

The 2022 Giants are not the 2017 Giants. In fact, I’d say they’re more similar to the 2013 Giants. That team was coming off a World Series win after a grueling postseason, and a number of Giants players also represented their countries in the World Baseball Classic in March 2013, and the combination of those two things seemed to create a helluva hangover. The front office, delighted with the 2012 championship, basically ran the same team back in 2013, including re-signing free agents Marco Scutaro, Angel Pagan, Jeremy Affeldt, and Ryan Vogelsong to new multiyear deals. But when the season started, the same guys who’d thrilled us in 2012 were injured, underperforming, or both. Does any of this sound familiar?

So Where Are We?

Last week when I wrote this column, the Giants were coming off a bad week (thus the title of “Ugghhhh,” and please notice the symmetry of “g’s” and “h’s” with this week’s title. Details matter.) The Mr and I went out to the park later that day for our anniversary, and the Giants gave us a great show on E-40 bobblehead day. (No, we didn’t get one. We lingered too long over lunch, and they only gave out 15,000 of them.) Logan Webb pitched great, the Giants hit four homers, it was a packed house and a gorgeous day, and all was well. “We fixed the Giants,” I said in the comments after this game.

Not so fast, it turns out. As the Crawniks and 12xu know only too well, Sunday’s game was a disaster (and no, it appears that Anthony DeSclafani was not ready to rejoin the rotation, as he’s already back on the injured list), and the Giants lost two of three at home to the last-place Cincinnati Reds. Then they barely managed to split a two-game series with the last-place Detroit Tigers and lost the first game of a three-game series to the not-last-place-but-still-not-very-good Chicago White Sox. Last night’s game felt just as bad as watching the 2017 team. The Giants had three hits, and yes, I know Lance Lynn is a good pitcher who’s had a nice career, but he had an ERA over 6 going into that start. Alex Cobb pitched five scoreless innings–maybe his best start as a Giant so far–and Mike Yastrzemski made a great wall-crashing catch in center field. But that was it for the highlights. The offense barely let out a whimper the whole night, and the game was lost 1-0 on an unearned run after Camilo Doval made an error and that run scored…on a two-out, two-strike pitch. The crowd of over 35,000 gritted their teeth and gutted out a dreadful game on a cold night because there were postgame fireworks promised.

Yaz ran a mile to catch this ball 🏃‍♂️ pic.twitter.com/xjQpbYWUtJ

So to summarize: On this homestand, the Giants have gone 2-4 against two teams (Reds and Tigers) on pace for 100 losses and a third losing team. They’ve had two off-days at home this week. They got LaMonte Wade Jr. back, and with the exception of DeSclafani, who’s basically been MIA the whole season, and a brief IL stay for Brandon Crawford, they pretty much have everyone healthy. They finished June 13-13, and since May 1, they are now 26-28. Not an epic disaster like the Orioles or, well, the Reds/Tigers, but still not good, folks.

There’s been a lot of resistance so far to the proposition that anything is wrong with this year’s Giants. “Trust the process,” they said, or, the local version, “In Farhan I trust.” “They won 107 games last year, so clearly they know what they’re doing. They’ve earned the fans’ patience and trust.” When the lockout ended in late March and Zaidi, to everyone’s astonishment, signed Joc Pederson to a one-year, $6 mil contract and declared that they were done, some people wondered if he’d done enough, especially as to right-handed hitting. But questioning the strategy (“We don’t need any stinking free agents because we have Darin Ruf, Thairo Estrada, and don’t forget–Joey Bart”) was an unpopular sentiment at the time. As the season went on, the excuses started to pile up: “But, but, but…INJURIES! And COVID!” Except that the Mets have stayed in first place without Jacob DeGrom, Max Scherzer, and others, the Dodgers have the best record in the NL without Walker Buehler, without Clayton Kershaw for awhile, without Mookie Betts right now, and the Padres have played good baseball* without Fernando Tatis Jr. and more recently, Manny Machado. So it’s hard to give the Giants a pass on underachieving.

*The Padres play good baseball except when they’re playing the Dodgers, when, just like last year, they roll over like beta dogs.

This week, though, various pundits have begun admitting that hey, look–the Giants just aren’t that good. Andrew Baggarly wrote a pretty scathing analysis after that awful Reds series, arguing that the Giants’ front office is too conservative, takes its fans for granted, and has just plain gotten stale. Dieter Kurtenbach of the San Jose Mercury News wrote a piece a couple of days later that basically said “The Giants spent money like a third-place team, and that’s what they are. They got what they paid for.” Grant Brisbee, who’s the gentlest of all the pundits, wrote an apologia for the not-very-good rotation and admitted that the Giants’ offense is probably worse than some stats (runs per game) might suggest. And even he admits that the 2022 Giants are “dull.” It’s getting chippy out there, too, with Baggarly accusing Kurtenbach of being “derivative.” For what it’s worth, I read both columns before seeing Baggs’s tweet, and it never occurred to me that Kurtenbach was ripping off Baggarly’s ideas. Me, I think they’re both ripping off TWG.

So with all that said, here’s some more analysis for the mainstream media to steal. In my view, there are three groups of people responsible for the Giants’ mediocre performance so far in 2022. I’ll discuss them in reverse order of importance.

Some in Giants Nation assured fretters like me back in March that it was OK that Zaidi did practically nothing in the offseason because “he’ll get what they need at the deadline.” But…will he? In 2020, with the Giants sort of in playoff range and sort of not, he did nothing. In 2019, despite a hot June-July, he acted more like a seller, dismantling a very good bullpen for prospects that turned out to be nothing special (Mauricio Dubon, Jaylin Davis, Tristan Beck, etc.). His only grudging nod to the Giants’ on-field performance was to not kneecap Bochy in his final season by trading away Bochy’s ace (Bumgarner) and his All-Star closer (Will Smith), both of whom left as free agents after the 2019 season. The only counterpoint to this was the 2021 trade for Kris Bryant, but even then it felt like a) he didn’t really want to do it and b) he could have done more (as the Dodgers, breathing down the Giants’ necks, acquired Scherzer and Trea Turner in one blockbuster deal). So–will Zaidi do much/anything at the deadline? I guess I’ll believe it when I see it. After several disappointing off-seasons and trade deadlines, I’ve decided keeping my expectations low is better for my mental health.

Sellers? If the Giants continue their slide from “good” to “mediocre” into “OK, kinda bad,” there are actually a number of players that Zaidi could shop. The obvious ones are their two most likely All-Star representatives, Pederson and Carlos Rodon, both of whom can be free agents after this season. Other players in their walk years are Brandon Belt, Evan Longoria, Jake McGee, Dom Leone, and Wilmer Flores. You don’t have to squint too hard to see some of those guys having value to contending teams, especially if money went with them to offset salaries in exchange for decent younger players.

Buyers? Unless the Giants really go into a July tailspin (say well under .500, not just flirting with it as in May and June), it’s hard to imagine Zaidi selling everyone off. But if they were buyers, what/whom would they pursue, and what would they be willing to give up? Listening to various podcasts this week, I heard three distinct viewpoints.

My own opinion, if you care, is that #3 is the most important if any trades happen. They have some options for #2 internally (guys like RJ Dabovich, Gregory Santos, Yunior Marte, or Mauricio Llovera in AAA). As for #1, I think Cobb or Alex Wood are serviceable enough, I mentioned Junis, and there’s the possibility of Matt Boyd or even Sean Hjelle contributing. (Kyle Harrison…?) But as I said, I’ll believe that Zaidi will be an aggressive buyer at the deadline when I see it, and if anything, I’d bet more on him being a seller. But he probably won’t do either. Going back to the 2013 team, the Giants at the trade deadline had some attractive assets in their walk years–Pence, Lincecum (who had a decent 2013), and Javi Lopez, but Brian Sabean moved none of them at the deadline, hoping instead to sign them back as free agents for another run at it in 2014 (which is exactly what happened). Zaidi, however, is a different guy. He let Bumgarner, Smith, Bryant, and Gausman walk, and I expect the same as to Pederson and Rodon and maybe most/all of the others.

What Can We Learn from the Past?

The 2013 team started out reasonably well. They were an over-.500 team until some point in June. But then injuries piled up and they unraveled. It took a hot September for them to avoid the ignominious fate of finishing in last place while still reigning as World Series champions, but they finished tied for third in the NL West and ten games under .500. It was the only season between 2009-2016 that they had a losing record. That team also had its moments. Madison Bumgarner emerged as the ace of the staff, a role he would hold through 2019. Hunter Pence had a September salary drive for the ages. Angel Pagan hit a walk-off inside-the-park home run (and as it turned out, we wouldn’t see him again in a major league game for over three months, but in the moment, it was pretty unforgettable). Tim Lincecum pitched the first of his two no-hitters in San Diego in July. And, of course, that team laid the foundation for yet another World Series run in 2014.

We don’t know how the story will play out for the 2022 Giants. They are not coming off a World Series win, but they did win a franchise-record 107 games last year, including a wild final two months that clearly took a lot out of both them and the Dodgers. The Giants are still over .500 and a solid week or two would likely put them back into playoff position. They are not that bad, especially in a landscape where there are really only eight teams trying at all in the National League, and six of them will make the playoffs. But they are also not that good, and the last two Friday nights have felt more like 2017 than 2021. The rest is still unwritten. Lefty out.