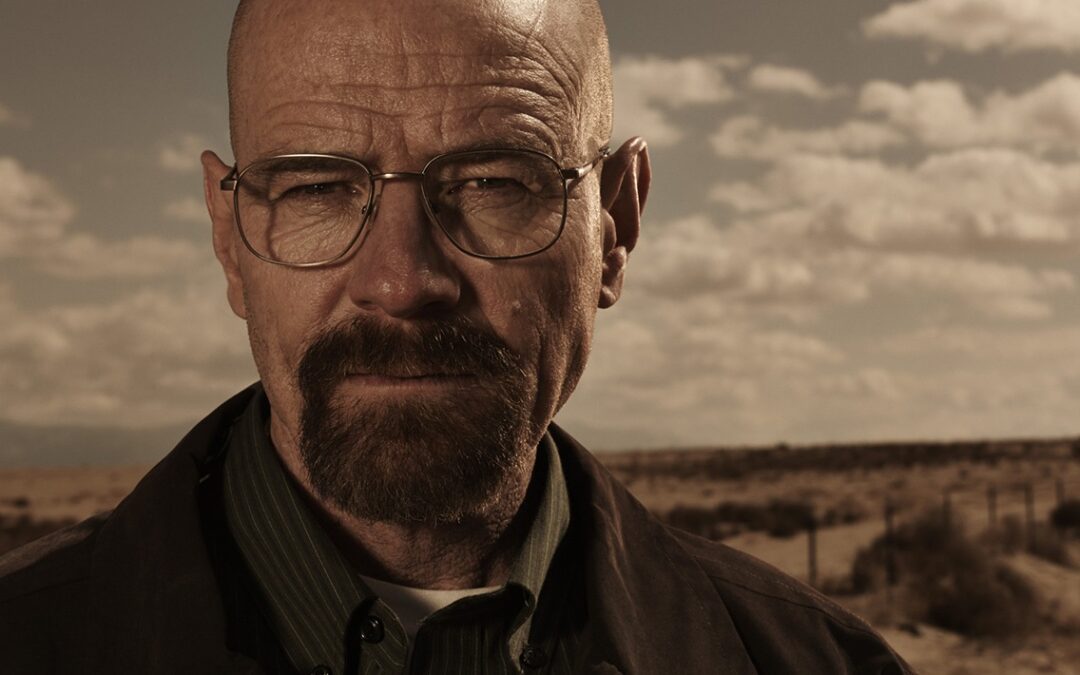 Walter White, participating in Mustache May

It’s been a bad week for the Giants. Yes, they’ve gone 3-3, which while not amazing is also not terrible. But it started with a blowout loss to the Padres, who avoided a series sweep, continued with three light-hitting, low-scoring wins against weak opponents, and concluded with two of the uglier bullpen losses we’ve seen this year, and even though we’re not quite 40 games in, we’ve already seen plenty of those.

The Friday night game was a harder one to swallow, given that Kevin Gausman had his best start of his career and took a shutout into the ninth inning. Twice they took a lead into the bottom of an inning needing just three more outs to win. Saturday’s game just had this sense of inevitable doom. As you watched the Selman/Doval inning unravel, as a four-run lead in the seventh inning became a tie, you knew there was no chance this was going to end well. And for the second night in a row, they were walked off by one of the worst teams in baseball.

You could argue that the “breaking bad” phase dates back to the series they lost at Coors Field before the recent homestand. If things don’t go well today, the Giants could be out of first place for the first time in nearly three weeks.  How did things turn so sour?

Walter White, the main character in the iconic TV series Breaking Bad, started out as a mild-mannered high school chemistry teacher, a family man, who morphed into a drug-dealing criminal mastermind after a series of life crises pushed him into badness. Without torturing this analogy any further, let’s examine why the Giants have been “breaking bad” and whether there is any hope for redemption.

As players adjust to being back to a 162-game schedule after last year’s events, this has been a bad season for injuries so far. All teams have been hit by them. The Giants have two second basemen (Donovan Solano and Tommy La Stella), a starting pitcher (Aaron Sanchez), and two relievers (Reyes Moronta and Jose Alvarez) currently on the injured list. Mike Yastrzemski, Alex Dickerson, Alex Wood, and Johnny Cueto have spent time on the injured list, and Brandon Crawford, Brandon Belt, and Evan Longoria have missed games from various iterations of being banged up or having bad vaccine reactions.

In the Giants’ case, the most troubling losses have been of Solano, who was arguably their best hitter last year, and Moronta, who could have helped the bullpen (more on them in a minute) if healthy. The bigger picture, though, is that the constant stream of injuries has led to others being overused (Wilmer Flores comes to mind first, but you could argue that Longoria is playing too much).  The injury bug has in turn contributed to…

The Giants came into the 2021 season feeling optimistic about their offense, which had been top 5 in the NL in fWAR the year before. They’d added the versatile left-handed bat (Tommy La Stella) that they had sought in the offseason. But they are not hitting well as a team. Considering the NL only, they are 14th in batting average, dead last in base running, and 9th in OBP. The only bright spot is their slugging percentage (6th) and their home runs (tied for 3rd).

In two games this week (the first one against Texas, which they won, and the second game against Pittsburgh, which they lost), they had only four hits. All three games they won this week were greatly aided by a timely error on the part of their opponent. Even in last night’s game in which they scored a respectable six runs on nine hits, they stranded nine runners and were 2 for 10 with runners in scoring position. And the six runs weren’t enough because of their…

“Bad” isn’t quite strong enough to capture the stench of the 2021 Giants’ bullpen. Last night they scored six runs and had three homers and three(!) outfield assists, two by Darin “Gold Glove Right Fielder” Ruf (seriously, who knew???). But the double whammy of a seventh-inning meltdown and the latest failure by Jake McGee resulted in yet another walk-off loss to an inferior opponent.

That the Giants have a bad bullpen isn’t exactly news. We saw it on Opening Night in Seattle, when the Giants blew a five-run eighth-inning lead before losing in extras. Grant Brisbee wrote a deep-dive analysis of their situation after the Coors Field debacle, and there are not one but two new stories about the bullpen in The Athletic this weekend. Steve Berman’s piece about last night’s game nailed it pretty well, both in terms of the overall picture and a couple of key problems (Doval and McGee).

Ironically, part of the issue is that expectations have been raised. If one were being cynical, one could speculate that Farhan Zaidi’s rotation acquisitions were less about building a contender in 2021 than they were about collecting assets who could be flipped for prospects at the July trade deadline. Instead, as Berman put it:

If the Giants’ rotation wasn’t so strong, the bullpen configuration wouldn’t get nearly as much attention. The Giants would still be a year or two away. Losses would blend together.

So the Giants weren’t really expected to be good, and Zaidi/Harris thus did not put effort or resources into building a strong bullpen. Objectively, it could be argued that this was the right thing to do. It’s a waste of energy to build a good bullpen for a team that isn’t going to contend, and since effective relievers not named “Mariano Rivera” or “Trevor Hoffman” often have a short shelf life, it doesn’t make sense to acquire relievers for, say, 2023 before the 2021 season. It just doesn’t work that way.

The two biggest problems in the bullpen right now were also the two biggest reasons for an ugly loss last night, and they’re troubling for different reasons.

The Doval experiment was fun at the beginning, but now the Giants might be inflicting damage on a pitcher they see as part of their long-term plans. It’s out of necessity, of course. That’s the problem.

Henry Schulman noted on Twitter that Doval seems to have lost confidence in his fastball and perhaps would be better served by going back to AAA to work on his commend.

…confidence in a PITCH that could make him a good closer.

OK, that leads to a third problem. Why are the Giants risking “inflicting damage” on Doval? Well…it’s because Matt Wisler has been a total bust. He hasn’t appeared in a game since pitching two innings in a blowout loss a week ago. From Berman: “He’s fine,” Kapler said when asked about Wisler. “We just haven’t found the right spot for him.”  Ideally, the “right spot” would be where they’re now using Doval, a rookie who never pitched above A ball before this season. Wisler clearly became radioactive in the manager’s mind before the first week of the season was over, leading to the elevation of Doval, then (briefly) Gregory Santos, and now Zack Littell. And there surely are more on the way.

So that brings us back to Zaidi/Harris and their decision to not bother with building a good bullpen for 2021. Their two “big” acquisitions were Wisler, who was non-tendered by the Twins after having his best season for them, and McGee, who didn’t sign with the Giants until after spring training started, despite a successful World Series campaign with the Dodgers last year. The fact that nobody wanted these guys should have been a tipoff that the Giants were going cheap and hoping for the best. The Giants’ two best relievers so far, Tyler Rogers and Caleb Baragar, are homegrown acquisitions from the Bobby Evans Era. Zaidi gets credit for deploying them but not for acquiring them.

The final “breaking bad” factor is a…

This one seems anticlimactic after talking about the real problem–the bullpen–but the Giants are now three games under .500 on the road. They’ve lost four of their six previous road series, and only one of those was to a good team (the Padres). At best they will split this four-gamer in Pittsburgh, which has to be considered a disappointment, and does anyone really believe at this point that they’ll do well with four in Cincinnati? I mean we can hope, but…

The Giants’ strong start is entirely due to their stellar home record of 14-4, and they will have to play better on the road if they want to have a good season. However, I think the other factors we’ve already discussed are the reasons behind their weaker road performance, in particular the bad bullpen, which is really exposed when the other team gets to hit last. I don’t think the Giants, who do seem like a resilient team, are especially intimidated by playing on the road. Fix the bullpen and the road record will improve.

Brisbee’s piece last week went over the options the Giants have with regard to their bullpen. They’ve already tried the first one, Do Nothing, and we’ve seen this week how that’s going. The second one is Shuffle Roles, and Kapler seems to be trying that a bit, for example giving Caleb Baragar more high-leverage opportunities. Brisbee has a new piece up today about relievers the Giants could try to trade for. But that’s not a quick or easy fix, especially this early.

The most immediate option is to Change Personnel, specifically by dipping further into the AAA roster. We were listening yesterday to a Bill Laskey interview of Tyler Beede, and Beede said that the River Cats “have a major league bullpen.” MrLefty’s immediate comment was “Well, at least the Giants have one somewhere.”

They already elevated Zack Littell from AAA, and he’s provided some stability. There are plenty of right-handed relievers on the River Cats’ roster, and my top choices, in no particular order, would be Nick Tropeano, Dominic Leone, or Jimmie Sherfy, all of whom were in camp with the Giants, have major league experience, and have pitched well so far for Sacramento. The problem is that none of those guys is on the 40-man roster, but things are getting urgent enough at the major league level that it may be time to DFA someone. If no one trusts Wisler, maybe he should be first to go. I don’t know that I’d DFA anyone else in the Giants’ bullpen, but I might DFA an extra outfielder or two (Jaylin Davis, for example) for more 40-man spots, send Doval and Selman back to AAA, and bring up a couple of those guys. Couldn’t hurt. Might help. Speaking of Beede, he’ll be eligible to come off the 60-day IL in a couple of weeks, and he’ll need a 40-man spot, too.

The bullpen is the screaming five-alarm fire that needs attention, but I’d also like to see Kapler use his bench a little more–use Dubon to give Flores or Longoria a day off, for example. I do think the return of injured players like Dickerson and Solano is going to help eventually.

It’s hard not to be discouraged today. This Pittsburgh series has been a huge disappointment, the Giants always have a tough time in Cincinnati, and then when they get back home, here come the Dodgers. I guess we’ll find out pretty quickly how resilient this team really is.

To end on a happier note, here’s Darin Ruf making like a Gold Glover.

Lineups here, and oh, look, there’s Dubon instead of Flores, and Dickerson is back. This seems like it should be a good matchup for the Giants, but maybe Wood should plan on pitching nine. Enjoy your Sunday. Lefty out.