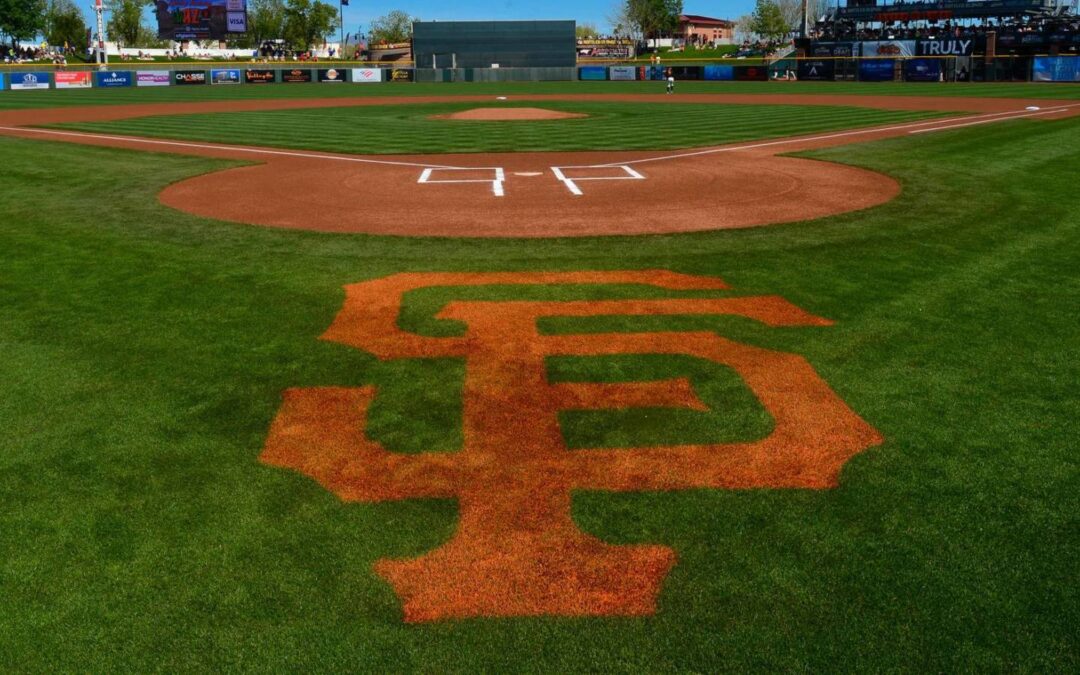 OK, OK. Technically I know the Super Bowl isn’t over yet, unless you have some control over the space-time continuum. (If you do, please tell me Tom Brady didn’t win!) But I figure this post will be up for a few days. And I always feel like the end of the Super Bowl is the starting gun for the baseball season.

Much to my surprise, we are just eight days from Giants’ pitchers and catchers reporting to spring training in Scottsdale. I can’t quite believe they’re not going to delay the season, and I still somehow feel that it’s possible. Even though I would be thrilled for spring training and the season to begin on schedule, I also think they probably should delay things by 4-6 weeks, just to get the weather warmer and the vaccines more widely distributed. At this point, though, there is no agreement to delay , so until we hear otherwise, February 15 it is!

Giants News of the Week

The biggest “official” news was the signing of Tommy La Stella to a three-year, $18.75 million, heavily backloaded deal. I already discussed this transaction in some detail last week, so let’s just welcome him (back) to the Bay Area.

OFFICIAL: #SFGiants have signed IF Tommy La Stella to a 3-year contract. pic.twitter.com/fzDmmolvob

To make room for La Stella on the 40-man roster, the Giants DFA’d Luis Alexander Basabe, a move which surprised me a bit. In the little I saw, he seemed to have more upside than either Jaylin Davis or Steven Duggar. Basabe is a switch-hitter and only 24, whereas Davis and Duggar are 26 and 27, respectively. But Basabe was out of options and unlikely to make the team out of spring training, I guess, so the math worked against him there.

The Giants also traded right-handed pitcher Shaun Anderson to the Twins for outfielder LaMonte Wade, Jr., and–wait a minute, I thought they didn’t have room for another outfielder? Well, I guess they did because they traded Anderson, and Wade, who has played briefly in the majors (110 plate appearances, almost as many walks as strikeouts), has one minor league option left. So there you have it. And best of luck to Shaun Anderson, originally acquired in the mid-2017 trade for Eduardo Nunez, and a brief bright spot in the summer of 2019. Anderson couldn’t sustain any success as a starter or find much consistency as a reliever, so he became expendable.

Right now the Giants have a full 40-man roster, with Davis, Duggar, and maybe Jason Vosler’s spots seemingly the most tenuous at the moment. Unlike other points in recent Giants history, I don’t see a lot of “fat” on the pitching side–either they’re top prospects who got added to the 40 recently to protect them from Rule 5 poaching (Castro, Doval, Santos) or actually expected to be in the mix for the 2021 major league team. The Rule 5 guy (Dedniel Núñez) is by definition iffy, and I’m guessing Conner Menez will be AAA depth.

I was surprised to realize that over half of the 40-man roster is under 30 (21/40), as I view the Giants as an old team. When you think about the roster, though, first of all, many are in the latter half of their 20s, and of the players likely to actually make the 26-man roster for Opening Day, only a handful are under 30 (Dubon, Slater, Baragar, Garcia, Gott, Moronta, Webb, Wisler)–and I’m not even sure about all of those. The youngest is Alex Canario (DOB 5/7/2000), and if I’m not mistaken, he’s the first Giant on the major league roster to be born in the 21st century.

Drew Robinson and the Mental Side of the Game

I feel bad admitting that I had zero memory of Drew Robinson from last year’s spring training, even though I actually saw him play in all three games I attended. 2020 was a weird year, and my memories of things that happened in the “before” times are a bit blurry. Thus, when his story broke this week and he was identified as a “Giants outfielder,” I thought–huh?

If you haven’t read Robinson’s story yet, I encourage you to take the time to read the coverage:

For some reason, WordPress isn’t letting me hyperlink things right now, so here’s Passan’s tweet with his story linked. You can search for the others on Google or Twitter.

“I’m meant to be alive”: The remarkable story of Drew Robinson, now at ESPN: https://t.co/psploh79FU pic.twitter.com/IxbJrjwBNf

Also worth reading is Gabe Kapler’s blog post on the mental side of the game.

We have a blueprint for rehab after physical injuries in sports but a relative black box for mental health. But they both affect our performance. https://t.co/LwEPss6b4i

The odds are against Robinson ever making it back to the major leagues. There has never been a position player with one eye who has played in the majors. He was hanging on the fringes before his suicide attempt. However, we all hope for his health, well-being, and success–because whether or not he continues playing baseball, he has a powerful story to tell that could help a lot of people. I am very proud as a fan for the Giants’ part in this comeback story and especially appreciative of Farhan Zaidi and Gabe Kapler, who stuck with him all the way through his journey so far.

What do Chris Taylor, Max Muncy, Mike Yastrzemski, Donovan Solano, and Alex Dickerson have in common? Your first response was likely “under-the-radar talents discovered, acquired, and nurtured by Farhan Zaidi,” and that would be correct. However, the fun part of this question is that all five of those guys showed up on the Shredder’s lists on the Top Ten Right Now shows recently aired on MLB Network. Indeed, these were the only three Giants to make those top-ten lists, with Brandon Belt also coming close at first base.

Now, it takes more than a Chris Taylor or Max Muncy to become the juggernaut that the LA Dodgers are right now. The Dodgers have also drafted and developed brilliantly (Bellinger, Seager, Urias, Buehler, May, Smith, etc.) and have used their prospect depth to acquire Mookie Betts and their financial strength to extend Betts and sign Trevor Bauer. The Giants are a long way from reaching those milestones. However, it’s encouraging to see that Zaidi has continued one aspect of the Dodgers’ success–finding undervalued assets and turning them in above-average major league contributors–in his two-plus years with the Giants so far.

What Giants Fans Can Look Forward To

It’s tempting (and understandable) to feel discouraged right now. Even before the Dodgers’ latest ostentatious flex in throwing stupid money at Bauer, they and the Padres were clearly the best two teams in the NL. Meanwhile, the Cardinals traded for Nolan Arenado, the Mets have improved, and the Braves are still really good. It’s hard to see even a path to the postseason for the Giants over the next few years. So do we just hibernate until 2024 or so?

Hopefully not. There should still be some entertainment and fun things to watch. Buster Posey will be back, and how can that not make you smile? Kevin Gausman looked like the second coming of Jason Schmidt last year (the Giants’ version, not the broken shell he was with the Dodgers), and I’m glad he’ll be back for 2021. La Stella is a good player, just the sight of Yaz makes me happy, and Alex Dickerson on a hot streak is a sight to behold. We can hope for the continued positive development of Mauricio Dubon and Logan Webb, for the healthy and effective return of Tyler Beede, and good final(?) years for our homegrown Brandons. And, at some point, there will be minor league baseball to follow and prospects to track.

In any event, especially after how rough this past year has been, there will be baseball. And soon. As I struggle with the sadness of missing our annual trip to Scottsdale (we were on an 11-year streak) and the frustration of somehow being last in line along with 25-year-olds for a vaccine even though I’ll be 61 this year, the return of baseball will make me happy. And as the amazing survival story of Drew Robinson reminds us, we need to focus on the people and experiences that can bring us joy.

With those deep thoughts, I will leave you. If you’re watching the Super Bowl, enjoy (go not-Brady!). See you next time. Lefty out.