Can We Please Come Home Now? 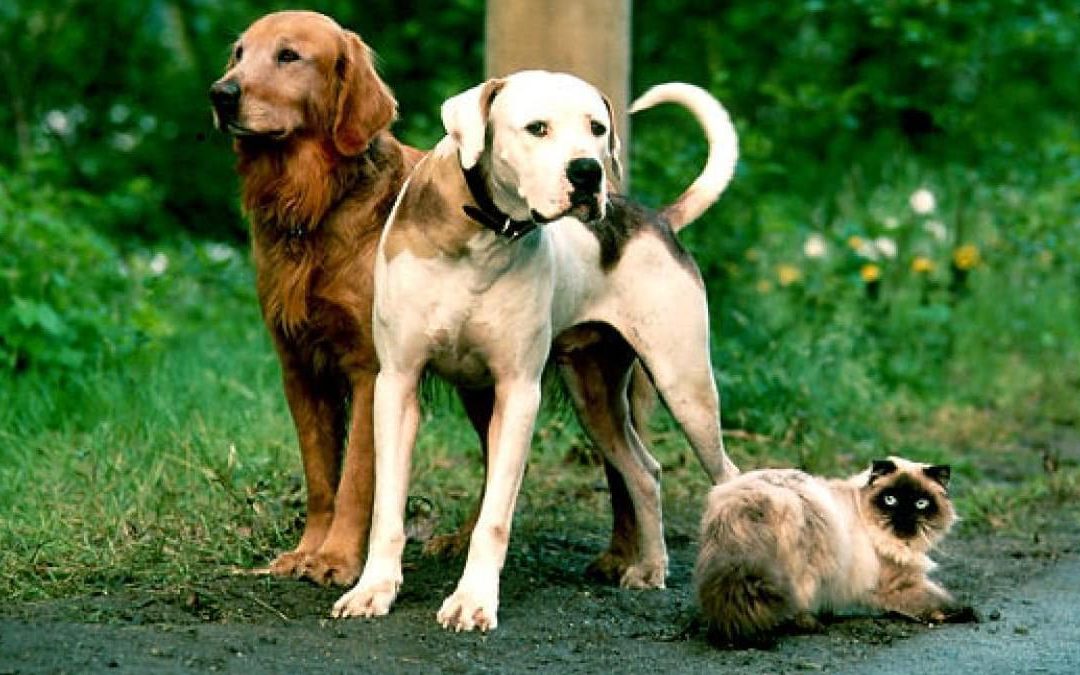 The Giants’ week hasn’t gone very well. They had embarked on a ridiculously long road trip with no off days and with the awkward addition of a one-game stop in Milwaukee on what was meant to be a travel day, thanks to the post-lockout schedule shuffle. Eleven games, four cities, no off days. Then their four-game set in New York got screwed up by a Monday rainout, forcing a Tuesday doubleheader (more on that in a minute). Because of the doubleheader, they already were going to need a sixth starter or bullpen game in Washington D.C., but then Alex Cobb was injured during Game 1. Before they left New York, they’d also lost Anthony DeSclafani and Steven Duggar to injuries. Losing three of four games to the Mets–their first series loss after 12 straight series wins, going back to last September–feels like only the second worst thing that happened there.

With that in mind, last night’s 7-1 win over the Nationals was very welcome. They did throw a bullpen game, starting with two innings from Sam Long and five(!) innings from Jakob Junis, who got the win. Junis had just been called up from AAA Sacramento, where he had been terrible (11 earned runs in 11.1 innings with FIVE homers allowed), but I guess he just wanted to be in the big leagues, because he was great in five innings (3 hits, 0 runs, 0 walks, 4 strikeouts). The Giants scored in just one inning, the second, but that was more than enough. The big hit was Austin Slater’s three-run homer, but in general, the bats woke up, with Slater, Darin Ruf, Thairo Estrada, Brandon Crawford, and Mike Yastrzemski all getting at least two hits (Crawford had three). Here’s a link to the full box from last night’s game.

The Giants did have more “unwritten rules” drama when Estrada tried to steal in the top of the ninth with a six-run lead. Opposing teams better get used to it.

Gabe Kapler defended Thairo Estrada's aggressive base running in the top of the ninth pic.twitter.com/qO7KDuBN0H

The Week in Review

The big picture: Since I posted OOLF a week ago, the Giants have gone 4-3 (two wins in Cleveland, one in NY, one in D.C.), and it could easily have been 5-2. They blew a lead in the first game of the doubleheader in NY and lost the game in extra innings. Logan Webb took his first loss in nearly a year in the second game, and you have to wonder if the pressure of the situation–coming back right after a disappointing loss, facing Max Scherzer–might have thrown Webb a bit off his game. I believe that if the two games had been played on consecutive days, maybe the Giants win at least one of those. Anyway, 4-3 is not terrible, especially on a tough road trip. The Dodgers keep winning because of course they do, so the Giants find themselves 1.5 games back in the NL West, tied with the surprising Rockies and a half game ahead of the Padres. But it’s way too early for scoreboard watching. It’s just hard to get out of the habit after the way the last two months of 2021 went.

The good: It was not a great week for the rotation, with two guys going on the injured list and Webb taking his first loss since last May, but Carlos Rodón continues to pitch like a star. In Wednesday’s game in NY, he didn’t have command of his breaking stuff, so he just threw a cajillion high-octane fastballs and gritted through five innings, striking out eight. He is currently leading the majors in strikeouts with 29 in just 17 innings pitched. Yastrzemski had a good week, going 7 for 24 with a homer and only four strikeouts. And the bullpen, overall, has been fantastic. In the doubleheader on Tuesday, for example, 10 different relievers pitched 11 innings and gave up 0 earned runs (the only run allowed was by Jarlin Garcia, the “ghost runner” in extra innings–that run is counted as unearned). Long, Zack Littell, John Brebbia, and Garcia still have 0.00 ERAs. The bullpen ERA is 1.91, which leads the majors at the moment.

The bad: Well, I mentioned the injuries and losing 3 of 4 in NY. The hitting continues to underachieve. The highest batting average on the team at the moment is Joc Pederson at .297, followed by Yaz at .256. Six position players (including the now-injured Duggar) have batting averages under .200. They are 16th in MLB in batting average and OPS and 19th in OBP. They have 132 strikeouts, seventh most in MLB. However, they are fourth in home runs with 15, and, thanks to the excellent pitching (still third in MLB in team ERA), third in MLB in run differential.

Grant Brisbee had a thoughtful piece in The Athletic the other day about the Giants’ hitting woes. He argued that you could either not worry about it at all or you could be a bit alarmed, and he gave good arguments for both sides. It’s fair to note that MLB in general is off to an extremely slow start as to offense (low .230s overall). Is it the shorter spring training due to the lockout? The humidors in every ballpark? Something about the baseball? For now, let’s leave it at “it’s early, and they’re off to a slow start.”

The last week of April is upon us, so by next weekend, rosters will be cut from 28 to 26 players, along with other restrictions as to how often players can be optioned during a season. The Giants have already had the following changes due to injuries: Cobb, DeSclafani, and Duggar to the IL, Junis, Luis Gonzalez, and Yunior Marte called up from AAA. They also replaced Luke Williams with Jason Vosler to get another left-handed bat in the mix with all the righty starters they’re seeing on this trip. LaMonte Wade Jr. is beginning a rehab assignment in Sacramento this weekend, so you’d figure he’ll rejoin the Giants during the homestand, and Gonzalez will likely go back to AAA. The other two cuts from 28 to 26 may be as simple (for now) as optioning Marte and Junis, but of course, they’ll have to re-integrate Cobb and DeSclafani when ready as well as Evan Longoria and Tommy La Stella at some point.

The way this past week has gone, it’s hard to predict what could happen a week from now, but I’ll make two observations. First, Duggar’s injury and his almost-immediate assignment to the 60-day IL works out for him in an odd way. With an option remaining, he was an almost-certain cut when Wade returned and/or the rosters are cut to 26. But now that he’s on the major league IL, he gets major league pay for those two months. Also, Duggar’s injury may delay a final decision on Mauricio Dubon. Without Duggar, Dubon is one of the Giants’ few options to play center field, from whence he got an assist last night.

This throw from Mauricio Dubón in the bottom of the third 😱 pic.twitter.com/vCLlcT6TIO

If I were predicting, I’d say the Giants would be more likely to DFA Tyler Beede than Dubon right now. The Giants have a stacked bullpen with more options in AAA as needed (Kervin Castro, Gregory Santos). While I’m sure they’d still hate to give up on Beede after all the money and years they’ve invested in him, right now, they need a healthy, versatile position player more than they need Beede to do mop-up, which is how they’ve been using him.

Apologies to Kyle Harrison if I jinxed him. He was last week’s Minor Leaguer of the Week in this column, and he got knocked around last night. Ah, well.

This week’s guys are two third basemen. Villar was drafted in the 11th round in 2018 out of University of South Florida. He’s had a solid minor league career (.839 OPS) and hit 20 homers in 106 games for Richmond last year. This year for Sacramento, he already has five. He also plays a smooth and solid 3B. I know the Giants have utility guys like Vosler, Williams, and Dubon to play 3B with Longoria injured, not to mention Wilmer Flores (whose defense I dissed last week, but then he made a really great play in the Wednesday night win in New York). But this is the last guaranteed year of Longoria’s contract, and unless he comes back and sets the world on fire for the rest of the season, it’s hard to see the Giants picking up his 2023 team option. Villar could be the everyday 3B next year, depending on how things go.

Roby was drafted one round behind Villar in 2018 out of a junior college. He hit 19 HRs for Eugene last year and has hit six so far for Richmond in 11 games. Again, I’m spotlighting both of these guys because they’re third basemen with pop, and Longoria is 36. The Giants have other possible 3B in the pipeline (second-round 2020 pick Casey Schmitt, and even Marco Luciano if he doesn’t stick at shortstop), but they’re further away from the majors than Villar or Roby are.

In AA Richmond, Sean Roby has hit 6 home runs in 8 team games. Last season, David Villar hit 20 to set the single-season record for the Squirrels. Something to watch.

Don’t forget to enter the MyGuy™ contest. Deadline is May 6, Willie Mays’s birthday. The MyGuyBallot™ for people to complete is here; https://forms.gle/voqNp4uiF… If you have any questions, contact HaakAway (MySFGiantGuy@gmail.com).

I’ll let Simon and Garfunkel take us out today, given the theme of the column. Lefty out.