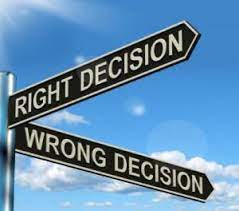 I’ve always been fascinated by decision-making. In specific situations, I like thinking about “Well, what if ‘X’ had/had not happened? How would this have turned out differently?” You know, like in the “Back to the Future” movies or even “It’s a Wonderful Life.” One of my favorite poems ever is Robert Frost’s “The Road Not Taken”:

I shall be telling this with a sigh
Somewhere ages and ages hence:
Two roads diverged in a wood, and I—
I took the one less traveled by,
And that has made all the difference.

This poem is about how your life choices take you down a road and you can always wonder how things might have gone if you had taken the other one. What if DrLefty had married her first college boyfriend instead of MrLefty? What if she’d jumped ship from Sac State when the University of Alabama wanted to hire her? Shudderrrrrrr.

Anyway, this past week and especially last night’s game have made me think about decision-making and how seemingly small moments can have a huge impact, especially during a nerve-wracking pennant race that seems destined to come down to the wire. So humor me while I explore this a bit. On this list, I’m coding decisions that I think had a negative impact with bold italics and those that had a positive impact in bold.

OK, I’m having a little fun with this, but let’s just acknowledge that this thought experiment is fundamentally unfair. Second-guessing, Monday morning quarterbacking, “hindsight is 20-20”–those are all cliches for a reason. But going back to Robert Frost, the roads that were taken “made all the difference,” at least as of today. What do you think? What others (present or past) can you think of?

This does not appear to be a matchup that favors the Giants (you know, like Leone vs. Buehler), so it’s all the more important that they did win last night’s game after all. Just a couple more weeks to see how this all ends up. Lefty out.