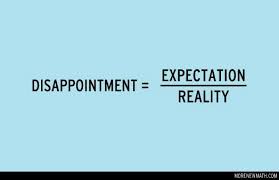 I was thinking about something Matthew said in the comments section of TWG after the Giants lost a game to the Diamondbacks this week, ending their five-game winning streak. Matthew said something like “Why is it that the Giants have gone 5-1 in their last six games, and we only pay attention to the ‘1’?” It was a good question, and while the obvious generic answer is “it’s human nature to focus on the negative,” I’d say the real answer lies in expectations, or, rather, hope. After a wretched couple of months, the Giants had finally put together a string of good games, not surprisingly accompanied by an excellent turn through the five-man rotation, starting with Carlos Rodón against the Pirates a week ago Friday. They’d made up a bit of ground in their long-shot pursuit of the third wild card spot. Most importantly, though–speaking of fans’ states of mind–they won two of the last three games in the winning streak on dramatic walk-off come-from-behind home runs by Thairo Estrada and Brandon Crawford. This latter fact made it feel like we were back in 2021 again. Maybe it took awhile for the magic to get here, but it’s finally arrived. Supply chain problems.

Well, since Matthew made that comment, the Giants are now 5-3 in their last eight games. Though the first of the three losses (the “1” Matthew referred to) was a tight game that ended in a late gut-punch loss served up by Dom Leone, the subsequent two have been embarrassing ass-kickings in which the starting pitcher didn’t have it and the offense didn’t show up, at least until late in last night’s game when they were already in a big hole.

Before the five-game winning streak and the two walk-offs, I’d made my peace with this season being a disappointment. It is what it is. Not every season is going to be magical. As a Giants fan of over 50 years, I’ve certainly encountered more mediocre-to-awful seasons than great ones. We’ve had a nice time at the park this season (six games in which the Giants went 5-1), there are some bright spots (more on that in a minute), and baseball is still awesome. They almost reeled me back in with the walk-offs–but not quite. I have trust issues. MrLefty hasn’t given up, and yes, he’s still reminding me that I was the one who gave up on the Warriors around this point of their season. The problem is, who’s our Steph Curry on the Giants? Or even our Draymond Green?

A final thought about disappointment being fueled by expectations. Matthew’s comment also sent me on a thought experiment along the lines of “What if the 2021 and 2022 seasons had been flipped in time?” The 2022 season at this moment is very similar to where the 2020 season ended up–around a .500 record, narrowly missing the playoffs. If we’d had a similar trajectory in 2021, we all would likely have been OK with it–after all, it’s a rebuild, and those take time. Then, when we had a transcendent 107-win team in 2022, we would have been ecstatically happy (as we were last year!). But because that’s not the order in which things happened, the 2022 season as it stands feels like a huge step backward, not a natural progression.

OK. Onward. I’m going to finish the column up by highlighting some bright spots and then talking a bit about the minor leaguers.

Remember the 2017 season? No? Well, I’m about to drag that feculence back into your consciousness. The Giants lost 98 games and it felt worse than that. To add insult to injury, even though they finished with the worst record in baseball, they didn’t get the #1 draft pick by virtue of losing a tiebreaker to the Detroit Tigers. So they drafted second in 2018 and chose a well-built college catcher named Joey Bart. (The guy they didn’t get, Casey Mize, had Tommy John surgery in June and isn’t expected back until 2024. We wish him a full recovery.)

Besides the bottom-line results, there was virtually nothing on the team to be excited or hopeful about. The ace, Madison Bumgarner, missed three months of the season after injuring his pitching shoulder in an idiotic dirt bike accident. The #2 guy, Johnny Cueto, had been an All-Star the year before but battled injuries that caused him not to opt out of his contract after the 2017 season, meaning the Giants were stuck with him at a hefty price tag for four more years. (Have I mentioned how much I hate those player opt-outs in contracts? Boooooooo.) The veteran core position players, Buster Posey, Hunter Pence, Joe Panik, Brandon Belt, and Brandon Crawford, all had variously disappointing seasons (Posey actually hit .320 with a .400 OBP, but his power disappeared.) The expensive new closer, Mark Melancon, was a disaster. The Giants trotted out something like 27 different guys to play left field that year (The Opening Day starter, for the ongoing trivia item, was Jarrett Parker, but remember Chris Marrero? Aaron Hill? Justin Ruggiano? Etc.), and the Willie Mac Award winner was the back-up catcher who spent one season with the Giants, Nick Hundley. Nothing against Nick, but that item just illustrates how NOT “inspirational” the team was that year.

So why am I torturing you with memories of 2017? Isn’t 2022 bad enough? Well…no. It’s not nearly as bad, and we need some perspective. Here are some players and developments we can be happy about and/or that should at least give us hope for the future.

Now, you can quibble with this list. I can hear Surf Maui howling all the way from Florida about Yaz being included as a “bright spot.” But the point is to remind ourselves that the 2022 Giants do have some good things happening–and things were much worse, not so long ago.

The farm system so far this year has also been a disappointment, but again, that’s relative to expectations. There are good things happening, and things are especially looking up this week. In no particular order:

You get the idea. Even though we could focus on the disappointments (highly touted prospects Luis Matos and Jairo Pomares having down years, high draft picks Bishop, Patrick Bailey, and Will Bednar not impressing), there are plenty of names to be excited about and progress to be encouraged by. It’s not at all hard to imagine a 2024 team that has Harrison, Roupp, and maybe even Whisenhunt in the rotation, Brown and McCray in the outfield, and Luciano and Schmitt on the right side of the infield. Not to mention that there are a bunch of relievers in AA putting up insane strikeout numbers. By 2024, some of them could be in the Giants’ bullpen.

Out of Left Field Travel Schedule

MrLefty and I leave Tuesday for a trip to Europe, a long-awaited vacation postponed from 2020 (which was supposed to be in honor of our big “zero birthdays” that year but now, I guess, we’re celebrating being old enough to qualify for Social Security). Because of the way our travel schedule falls, I will not be publishing OOLF on August 27 or September 10. I will be able to manage a column on September 3, in the middle of the trip. Thanks for reading and see you on the comments board. Lefty out (of the country, not just left field).