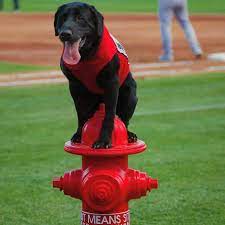 Baseball pundits have long referred to August as the “dog days” of the long season.  (If you’re curious about origin of the expression “dog days,” as I was, you can read about it here in the Farmer’s Almanac. Spoiler: it’s related to astronomy, not actual dogs.) It’s the point of the year where fatigue and aches and pains have set in. They’ve been playing for four months, the July All-Star breather has come and gone, the trade deadline has passed. It’s not close enough to the end of the season to think much about winter vacations or weddings or babies coming. A lot has happened but there’s still nearly a third of the season to go.

The Giants had a good first week of August, all things considered. They celebrated my birthday by winning on August 1. Then they belatedly celebrated Madison Bumgarner’s birthday by letting him beat them on August 3. They went 4-3 for the past week and actually widened their lead in the NL West by a game. And they got Tommy La Stella and Brandon Belt back after long absences from injuries.

However, some cracks showed, as well. Yes, they won 3 of 4 in Arizona, and good teams should beat up on bad ones. But they had to rely on two late rallies and two extra-inning wins to get that series. (As an aside, I’ve been impressed all year with how the Diamondbacks, who really are having a terrible year, don’t quit on these games. You might recall that the Giants had to rally from a 7-0 deficit, capped by Mike Yastrzemski’s dramatic grand slam, to win a home game back in June.) And they got shut down by Bumgarner and then shut down again last night by Brewers’ ace Corbin Burnes.

More concerning is the starting rotation. Kevin Gausman hasn’t been himself since the All-Star break. He did win his latest start in Arizona, but (a) it was the Diamondbacks and (b) he did it mostly without his wipeout splitter. Anthony DeSclafani went on the 10-day IL with “shoulder fatigue.” Johnny Cueto seems to be good every other start or so, and Alex Wood’s latest start was shaky at best. Today, the Giants have a bullpen game against the Brewers’ co-ace, Brandon Woodruff. The one bright spot has been Logan Webb, who’s been terrific since returning from his shoulder injury. The Giants did not add a starter at the trade deadline, and the cupboard is basically bare in AAA. What they have now is basically what they have for the duration, so we can only hope these guys get a second wind.

The Giants got Belt back on the roster without dropping anyone because Gausman left the team for the birth of his second child. But paternity leaves are only three days long, so he’ll have to be added back to the roster tomorrow (Sunday), and someone will have to be demoted or DFA’d. More significantly, Evan Longoria and Reyes Moronta are rehabbing with the Sacramento River Cats, and they are both on the 60-day IL, so when they come back, they will need both 40-man and 26-man slots. DeSclafani is also expected back promptly when his ten day IL stint ends. So by a week from today, there could be some substantial changes.

Speaking of Moronta, the concern with him, aside from the obvious (being healthy enough to stay on the field) has been that his velocity was down following his catastrophic shoulder injury in 2019. But Farhan Zaidi shared this week that this is changing.

What are the options (yes, pun intended)?

Let’s start with the “easier” question–the 26-man roster. Here are the players on the current roster who still can be optioned to the minors, per the Fangraphs Roster Depth tool.

With DeSclafani on the IL and Gausman on the paternity list, the Giants’ active roster as of today consists of 15 position players and 11 pitchers. That is obviously not going to work. Let’s assume one position player goes when Gausman is reinstated tomorrow. Let’s also assume that another one goes when Longoria is ready to return (maybe this week)? Let’s further assume that the end goal is to have 13 pitchers and 13 position players. So if DeSclafani and Moronta both return within the next week, that’s 14 pitchers (Gausman makes 12).

OK, so there’s our math problem. Webb and Rogers are not going to the minors, so Jay Jackson may get optioned. That gets Gausman, DeSclafani, and Moronta back on the active roster. That still means that with the return of Longoria and restoring the 13-13 balance, three position players will have to be moved off the active roster. What are the possibilities?

You see the problem. There really are no easy answers, and that’s the good news–the roster is so deep and nearly everyone is playing so well that it’s not obvious what they should do. On Sept. 1, they can add two more players to the roster, so I expect some 10-day IL gamesmanship from the front office in the meantime. But if I had to guess, I’d say Jackson, Estrada, Duggar, and Slater may spend some time in AAA in August.

What about the 40-man roster?

I’d guess they’ll hang onto Beede, Brebbia, Castro, Doval, Long, Bart, and Dubon. (They could decide enough is enough with Beede, but that’s hard to imagine. The organization has invested too much in him to just give him up for nothing.) That leaves Baragar, Littell, Tromp, Vosler, and Davis on the possible chopping block. In this order, I’d guess Davis, Vosler, or Littell could be DFA’d.

The Giants have to finish out this tough weekend series against the Brewers. At this point, I’d be happy if they just don’t get swept. They wasted a great start by Webb last night and will not be favored with Aaron Sanchez facing Woodruff tonight. Then they go home for an off-day (yay!) and a home stand where they’ll face the Diamondbacks for two, the Rockies for four, and the (fading) Mets for three. Hopefully this will be the week we’ll welcome Longoria back. The Giants have really done pretty great even without him, but he’s assuredly been missed. It will be interesting to see how these coming dog days go. Lefty out.

BONUS MATERIAL: If you really want to look ahead, enjoy Marco Luciano’s first homer for high-A Eugene (he was promoted this week).

🗣️ GET OFF THE SHED.

📐 49° launch angle on that one 😯#GoEms x #SFGiants pic.twitter.com/yyeKIdBvJM