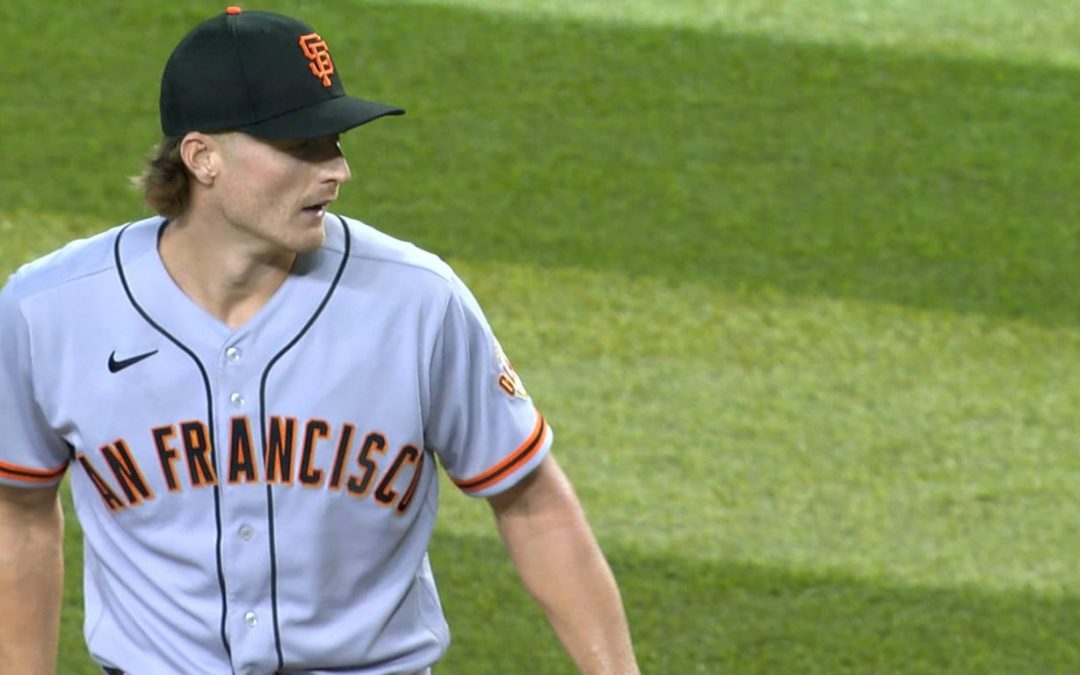 …and just like we all predicted back in March, Shelby Miller struck out seven batters in 2.2 innings in late September for the Giants. I don’t even remember an announcement when the Giants signed Miller to a minor league deal back on June 8. I just noticed that he was on the River Cats’ roster and thought, “That Shelby Miller? The centerpiece of one of the worst baseball trades I’ve ever heard of?”  Anyway, there he was pitching for the Giants last night, and you know, he did a fine job–surprising even himself with how well he did. Not sure what it all means for the Giants, since Miller of course will be a free agent as soon as the season ends, but…good for him, I guess.

When I published my column last Saturday, the Giants were in the middle of getting their a$$es kicked by the Dodgers again. Since then, though, they’ve had a pretty good week, sweeping a four-game series at Coors Field and pitching their first shutout there since Barry Zito did it back in April 2012. Overall, they’re working on a five-game winning streak, and one can daydream about them actually getting back to .500 for the season. It will be a stretch. They could go no worse than 7-4 in their final 11 games. But eight of those games are against the Rockies and Diamondbacks, against whom they’ve mounted this winning streak. The final three games in San Diego may or may not be very relevant to the Padres, depending on how the playoff seeding looks at that point. So…it’s possible. Maybe not likely, but these five wins have made it not such a ridiculous thing to think about.

Also, the Giants are now 13-9 in September with six games to play, so a winning month, their first since April, is definitely a possibility. (I know–I couldn’t believe it either after those Dodgers series. I went through the schedule twice to make sure I’d counted wins and losses correctly.)

Beyond the Giants’ good road trip so far, there’s been a lot of off-the-field Giants news for one week:

Of those items, Posey’s new role is by far the most important. Harris leaving is certainly news, but it sounds like he was always a rising star and that the Giants knew when they hired him that he’d be moving on before too long. As Alex Pavlovic put it on his most recent Giants Talk podcast, “Farhan has a list” of possible GM candidates, given that Harris was only hired three years ago.

But Posey, a franchise icon, becoming an owner and member of the Board of Directors of the team that drafted him is huge news. Andrew Baggarly, in his article for The Athletic, outlines why this move made sense for Posey, who is interested in the business side of things but also loves the game and the Giants and who wants the flexibility to focus on his young family in the coming years. It is even more interesting and important for the Giants. Posey will instantly be the most visible and recognizable member of the ownership group (sorry, Larry Baer) and provides some credibility and gravitas for the Giants’ crucial upcoming efforts to sign free agents.

Maybe most interesting are some of the quotes from Posey and Evan Longoria in Baggs’s article. Both of them spoke politely but pointedly about the need for roster stability to build both team chemistry.

“We’ve had conversations about that,” Longoria said. “I think he’s for less turnover instead of more. If you look at some of the winning clubs he was on, there wasn’t as much roster turnover. So he’s a big believer in the team aspect and building that camaraderie in the clubhouse, which is difficult to do when you have a lot of turnover.”

“It’s something we’ve discussed internally,” Posey said. “I’m not telling you anything (new) here, but you look at our run, 2010, ’12 and ’14, it was largely led by homegrown talent. Now, obviously you can supplement and add pieces to that homegrown talent. But the hope and dream is there’s a handful of guys down there in the system right now that want to come up and really understand the opportunity they have to be the next group of players that the city of San Francisco, the Giants fan base, gets to attach themselves to for hopefully the next 10, 12 or 15 years.”

Reading between the lines, it sounds like ownership wants Posey to help balance out the extreme commitment to analytics and roster churn that clearly has been taken too far this season. They’re not ready to scuttle Farhan Zaidi and his vision, but they want another voice in the room–a voice that Zaidi clearly respects and cherishes.

Back to Shelby Miller. When he was activated, he became the 64th different player to be on the Giants’ active roster in 2022. That ties the franchise record, also set by Zaidi, from 2019. Now, the 2019 Giants weren’t very good and were coming off two horrible seasons that ended Bobby Evans’s career as the Giants’ GM. But the 2022 Giants were following the best team in franchise history, and nobody could have predicted the excessive roster churn that has happened over the past five months. For example, when Thairo Estrada got beaned on Will Clark Day and joined Brandon Crawford on the injured list, the Giants found themselves with zero shortstops. Even Will Wilson, who started the season in AAA, was out with a hamate injury. But instead of calling up one of the current River Cats shortstops, and they did have a couple, they ordered one (Dixon Machado) from Instacart (OK, the Cubs’ AAA team). I heard Baggarly on KNBR yesterday expressing bewilderment about the team obtaining, activating, and then discarding Lewis Brinson after two weeks–why not just call up Heliot Ramos and get him some major league reps? And why not just give Sean Hjelle the rotation spot vacated by Alex Wood’s injury, rather than constantly optioning him back and forth and throwing bullpen games every time through the rotation? The churning is on overdrive and it just seems silly at points. Not only does it have to be disheartening for players in AAA (our front office would rather get anybody from anywhere else than give us a shot) but it’s arguably rather unkind to the Dixon Machados and Lewis Brinsons and Willie Calhouns of the world to have their lives jerked around and then not really be given a chance.

OK, enough of the negativity. Some good things are happening–did I mention the Giants are 13-9 in September? The beleaguered bullpen, which has been progressively tweaked with guys like Scott Alexander, Alex Young, Cole Waites, Jharel Cotton, and now Miller replacing the departed Jake McGee, Dom Leone, and Zack Littell, actually acquitted themselves quite well at Coors Field. And Tyler Rogers, who’s now being used as an early-to-mid game bulk innings guy, is pitching very well again. In seven September appearances, he has an ERA of 0 and a WHIP under 1. Another Baggarly piece this week reported that the Giants’ front office and coaching staff is still very high on Rogers. He’ll be back next year.

The starting rotation, or what’s left of it, continues to perform well. Logan Webb took a no-hitter into the sixth inning of his latest start and won his 14th game. Alex Cobb has had a fine season for the Giants. I heard him being interviewed on KNBR this week, and he sounds like he’s in a good place physically and mentally and is enjoying his time with the Giants.

Without looking it up, what position players do you think lead the Giants in bWAR?

Yeah, that list surprised me, too, and it tells you a lot about why the Giants have had such a disappointing season. No Brandons, no Longoria, no Darin Ruf (who was one of their top position players in WAR last year). Anyway, 26-year-old Estrada has had a fine season and seems to be getting better with every month that goes by. Maybe not so fast on Wilmer getting the Willie Mac Award–could be Thairo. Could even be a pitcher–five of the top six players in WAR are pitchers (in order, Rodón, Webb, Cobb, Doval, and Brebbia). I could definitely see Webb getting it, too.

Villar hit his seventh homer for the Giants last night, and combined with his 27 for the River Cats, he’s hit 34 homers this season. I look forward to him being in the mix for the 2023 team. Yaz has had a good week (.864 OPS, two homers).

Kelly has been tough on the Giants in the past, but the lefty hitters (Yaz, Pederson, Gonzalez) showed some signs of life at Coors Field. The season is winding down. But it’s nice, at least as of today, to see some hope of finishing strong. Lefty out.