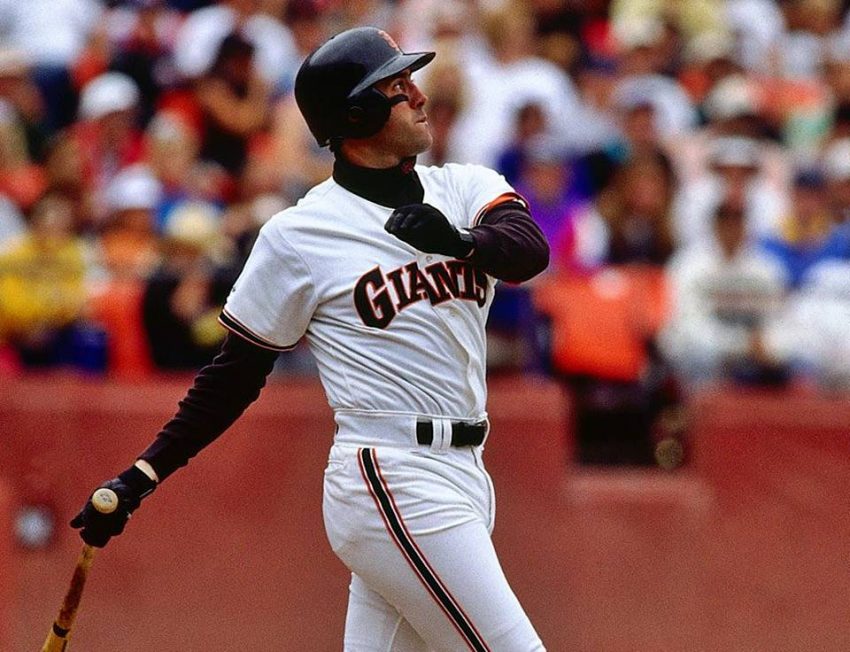 Author’s Note: Today is Will Clark Day–his number 22 will be retired in a ceremony before tonight’s game at Oracle Park. There have been many articles about Clark and special interviews with him this week, so rather than simply rehash those, I hope you’ll indulge me as I weave in some of my own history as a Giants fan with my memories of Will the Thrill.

Decades before there was a MyGuy™ competition or even a TWG, Will Clark was MyGuy™. I was not quite old enough to enjoy the Giants’ great teams in the 1960s. The first full season I followed was 1970 (the year I turned 10). The Giants won the NL West in 1971, which was great, but they were quickly dispatched in the NLCS by the Pittsburgh Pirates. Little did I know, at the ripe old age of 11, that I’d be 27, married, and in graduate school by the next time the Giants would make the playoffs.

I was still a devoted fan. I enjoyed the Giants’ good half-season in 1978 (led by the other #22, Jack Clark, and Vida Blue, whom I got to meet many years later in Scottsdale), and I was watching on TV from my college apartment in 1982 when Joe Morgan’s home run knocked the Dodgers out of the playoffs on the last day of the season.

But those “high points” were few and far between, and 1985 was rock bottom: The Giants had their worst season in franchise history and lost 100 games. But there was hope. They’d also had a really bad season in 1984, so in 1985, they had the #2 draft pick. They selected William Nuschler Clark Jr. Clark won the Golden Spikes Award (for the best collegiate player) while playing for Mississippi State and was also a member of the 1984 U.S. Olympic team.

It’s not typical for a position player to be drafted one year and then be in the Opening Day lineup for the major league team in the very next season, but that’s what happened with Clark. He played just 65 games of A ball in 1985 after being drafted. Sit with that for a minute. He jumped from A ball to the majors after 65 games. That just doesn’t happen. It didn’t hurt that the Giants had been so bad the previous year that they didn’t have much to lose by aggressively promoting Clark. Another surprise Opening Day rookie starter was Robby Thompson, and Uribe-to-Thompson-to-Clark was a pretty great double play combination for a few golden years there. Clark received his nickname, “Will the Thrill,” from teammate Bob Brenly.

I remember where I was and what I was doing when Will Clark took his first major league at-bat against Nolan Ryan on April 8, 1986. I was watching the game on our itty-bitty color TV in the Sacramento apartment where we lived for a couple of years as newlyweds. I made sure to tune in because, despite the futility of the recent seasons, I knew about Clark, and the Giants aptly marketed around him, Thompson, Uribe, and others with the slogan “You Gotta Like These Kids.”

Mike Krukow was the Opening Day starter in what would be his finest season (he won 20 games for the Giants in 1986), and he reflected on Clark’s first game and at-bat. Here’s the home run Clark hit to dead center in the mammoth Astrodome.

I couldn’t find Hank Greenwald’s call of the homer, but I remember it vividly. After Clark took Ryan deep, Hank said: “Nice to meet you, Mr. Ryan. I’m Will Clark.” (I will have a couple classic Greenwald calls below.)

The 1986 Giants finished 83-79 and third in the NL West, which considering they’d lost 100 games the year before, was taken as a positive outcome. Clark had an elbow injury that kept him from competing for the Rookie of the Year Award (he finished fifth)–but Robby Thompson finished second. But they won the NL West in 1987 (slogan: “Humm-Baby, it’s gonna be fun”), making the playoffs for the first time since I was 11. Even though the Giants beat the Cardinals in the 2002, 2012, and 2014 NLCS, I still hold a grudge against them for 1987, and so does Will the Thrill. This happened in July 1988, and it would now be considered an illegal slide. That’s a very young Duane Kuiper saying that Clark “was doing his job.”

Will Clark was my first favorite baseball player. Dude was a real tough guy. Love this brand of baseball. pic.twitter.com/sJifJP59Ab

In 1989, the Giants won the NL pennant and returned to the World Series for the first time since 1962. Sadly, the World Series was canceled* due to an earthquake, but Clark had his finest games as a Giant in the NLCS against the Cubs and was voted the Most Valuable Player of the series. Two moments will stick out forever from that series.

*That’s my story, and I’m sticking to it. The 2002 World Series was also canceled.

In the first, memorialized in a great new article by The Athletic’s Dan Brown (go Ags!), Clark hit a grand slam off Greg Maddux after reading Maddux’s lips: “Fastball in.” As the story goes, that’s why to this day, pitchers hold their gloves over their mouths when interacting with the catcher.  Here’s the grand slam, called by Vin Scully.

Clark also had the big hit in the Game 5 clincher of the NLCS (October 9, 1989), leading to one of the most iconic calls of Hank Greenwald’s legendary broadcasting career.

…and OK, here’s another one, at the end of the game, after Thompson threw it to Clark for the final out.

"Thompson has it…throws to first…IT'S OVER! 27 years of waiting have come to an end! The Giants have won the pennant!" I could recite that Hank Greenwald call in my sleep. https://t.co/fOaRmM2lU5

In 1989, I was living in LA, in graduate school, and teaching ESL at Cal State Northridge. I was in class when the game ended, but I heard the replay of Greenwald’s calls on the car radio driving home from work. This was the first Giants’ pennant in my memory (I was too young in 1962 to know about it)–but I was certainly familiar with Russ Hodges’ classic call from 1951 and Lon Simmons’ call from 1962. I got chills listening to Hank’s calls from that game. I was 29, and it felt like I’d waited my whole life for that moment.  That’s why I’ve always loved Will Clark so much. My first truly happy memories as a Giants fan revolve around him. I didn’t feel like that again until November 1, 2010, the year I turned 50.

1989 was the high point of Clark’s career with the Giants. He left the team as a free agent after the 1993 season and played with the Rangers, Orioles, and finally the Cardinals before retiring after the 2000 season at age 36. Clark had a great final season, hitting .319 for the Cardinals. Like Buster Posey after the 2021 season, Clark decided to go out at the top of his game, and for a similar reason–family. His son, Trey, has autism, and Clark and his wife felt that their son would do better with his dad at home more. Following his retirement, Clark has served as a special assistant with the Giants.

The Giants announced that they would retire Clark’s #22 on August 11, 2019. The ceremony was scheduled for July 2020, but then COVID happened. There were no fans in the ballpark in the 2020 season, and for several months of the 2021 season, crowd sizes were limited at Oracle Park. The Giants wanted a full house for The Thrill’s big day. So it turned out that #22 will be retired…in ’22.

As soon as the Giants announced that they would retire Clark’s number, I knew I had to be there. The 2020 date was one day after we were scheduled to return from a European vacation planned to celebrate our 60th birthdays–but we were still going to go to the game, jet lag or no jet lag. Well, neither the Europe trip nor the game happened that July, and this year, we’re actually cutting our Tahoe trip a day short to be at the game. It should be a great celebration, and here are some of the dignitaries planning to attend.

Quite the lineup for Will Clark's No. 22 jersey retirement ceremony. This Saturday at Oracle Park. pic.twitter.com/lnRuFezgz1

To quote, well, Will Clark himself, he’s been waiting “so f***ing long” for this moment.

.@WillClark22 has been my favorite ballplayer my entire life. My boys are now big enough to wear the Will Clark shirts I wore as a boy. Great to see him receive this recognition from the @SFGiants. https://t.co/QW4zLwE5gd

The 2022 Giants–The Less Said, the Better

Johnny Black and Greek Giant have given us full coverage this week of the Giants’ worst stretch of baseball since…1985–and we know who arrived then to change the narrative. Hopefully Will Clark’s swagger, fire, and confidence will inspire this year’s rather beaten-down bunch. We can always hope, right?  Lefty out.