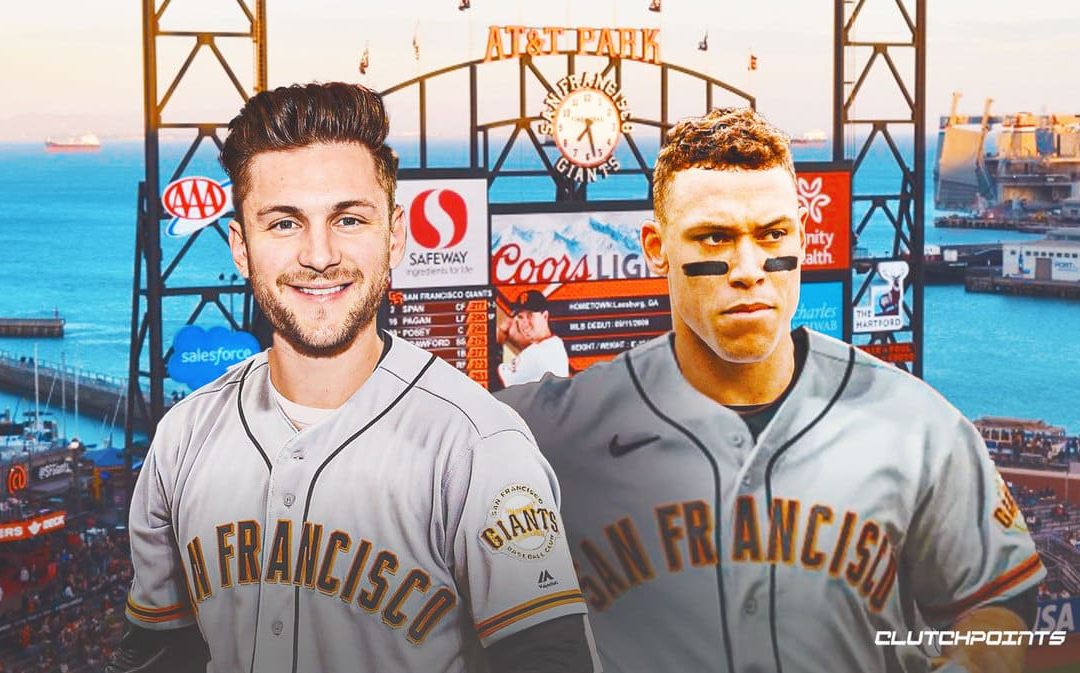 Happy Saturday, all, presuming you’ve climbed out of your post-Thanksgiving stupor. There’s a lot to talk about, and no, I don’t mean the USC-Notre Dame rivalry game (kicks at 4:30 p.m. our time), or the improving fortunes of the San Francisco 49ers or the Golden State Warriors. This is a fun time of year to try to keep up, but in this column, we’ll stick to baseball.

We’ve gotten through the early, paperwork-heavy parts of the offseason. Options and qualifying offers have been accepted or rejected. Prospects have been added to 40-man rosters. Veteran players who were no longer a fit have been DFA’d, and others were offered arbitration.

Now we get into the more fun, rumor-heavy part of the Hot Stove season. There will be no lockout this year. The Winter Meetings (Dec. 4-7 in San Diego) are just around the corner. Free agents have started taking meetings with interested teams, and breathless updates about which teams are “in on” various free agents are emerging daily. (Spoiler: some pundit always has the Dodgers “in on” anyone who is good.) Let’s just say that if Twitter is really about to die, it would be better if it stayed on life support until at least January.

So now it’s time for us to dial in on free agent possibilities for the Giants. This may be Part 1 of many columns (by me and other TWG writers). We just don’t know yet because we’re on the verge, not in the middle. But let’s dig in a bit.

Obviously the biggest baseball news of the week was Aaron Judge’s visit to San Francisco for two days of meetings with the Giants. Greek Giant covered this earlier in the week, so I won’t belabor it, but here’s Alex Pavlovic’s rundown of what he’s learned about the visit. Alex and Cole Kuiper also discussed the visit on the latest Giants Talk podcast, and Alex said that even as a “Giants insider,” it’s been hard for him to get many details about what the two days involved, other than a high-level dinner on Monday night that included Larry Baer, Farhan Zaidi, and Gabe Kapler.

Here’s what Steph Curry had to say about his “role” in the recruitment (via Monte Poole):

Curry divulged that there was an attempt to arrange a meeting on Tuesday with Judge during his two-day stay in San Francisco. When that didn’t happen – the Warriors’ flight from New Orleans arrived a bit too late – they settled for exchanging text messages.

Any fan of the Boston Red Sox would be delighted to see Judge, the reigning American League MVP, leave their arch-rival in New York.

Again, we all know the deal. Everyone thinks that Judge won’t leave the Yankees and that the Yankees can’t “let him leave,” which I assume means that they would match or beat any other team’s offer. We don’t know if that last part is true because the Yankees tend to be cautious about long-term deals, and they’re arrogant enough to think that it’s just such a privilege to be a Yankee that they shouldn’t have to throw stupid money and terms at anyone, especially a homegrown star who knows what an honor it is to wear the pinstripes. All that said, Judge made the effort to spend two days in SF with the Giants, and yes, it was Thanksgiving week and thus made it convenient for him to visit on the way to see his parents for the holiday–but he still took two days out of his schedule to hear the Giants’ pitch, and he went to them. He didn’t go all Kevin Durant and make interested suitors fly to the Hamptons (or, for that matter, Bryce Harper in Vegas). So I’d say there’s one of three possibilities for what Judge is thinking:

I’m guessing that #2 is the most likely scenario–otherwise, why is he spending two days in SF?–but only Judge and his support staff know for sure.

A new article on MLB.com ranked the free agents into five “tiers.” The only players in the top tier are Judge, Trea Turner, Jacob DeGrom, and Justin Verlander. So the other three big-name shortstops (Xander Bogaerts, Carlos Correa, Dansby Swanson), our own Carlos Rodón, outfielder Brandon Nimmo, and pitcher Chris Bassitt are in Tier 2. I was kind of surprised to see names like Taylor Rogers and Jurickson Profar all the way down in Tier 4, along with former Giant Johnny Cueto. Brandon Belt is in Tier 5, and Evan Longoria is nowhere–I guess the writer just forgot about him. But there are a lot of recognizable names, even in Tiers 4-5.

On the same Giants Talk episode, Alex opined that the Giants are looking for a starting pitcher to replace Rodón but “not in the top tier.” Even though they hosted Japanese ace Kodai Senga at Oracle Park the week before last, Alex thinks that Senga will be in the top echelon, money-wise (along with Rodón, Verlander, and DeGrom, presumably). He thinks the Giants will instead look for the next version of Kevin Gausman or Rodón–someone who’s been good but not great, and the Giants think they can get that guy to the next level. I for one am getting tired of the Giants fixing pitchers so that they can go be stars elsewhere. Rodón was so fun to watch this year, and I loved Gausman’s two years as a Giant, too. Even Tyler Anderson, who became an All-Star with the Dodgers and then rich with the Angels, passed through the Giants’ pitching lab in 2020. Can’t we have a stud pitcher that we get to keep? Why can’t we have nice things?

Last week I wrote about Cody Bellinger’s early entrance into the free agent market. Another MLB.com article ranked the nine best landing spots for Bellinger, and they had the Giants at #2 (after the Blue Jays). The writer added that the Giants should sign Bellinger even if they do land Judge. The Giants have also been linked, not surprisingly, to Nimmo. Their pursuit of Judge accentuates the obvious–the Giants desperately need an infusion of talent in the outfield.

In one of the odder rumors, non-Giants-related, the Padres have emerged as a suitor for Bogaerts. This seems odd because (a) the Padres have a young superstar under contract, and he plays shortstop (Fernando Tatis Jr.) (b) the guy who played shortstop in 2022 in Tatis Jr.’s absence, Ha Seong Kim, not only did a good job but was also very popular with the San Diego fans and (c) you’d think the Padres would be focusing their efforts and funds on signing Juan Soto to a long-term extension, not throwing stupid money at another shortstop they don’t need. I take it that the counterargument is that Tatis Jr. might be better suited for the outfield, given the injury issues he’s had, and Kim could be a super-utility player. The Padres apparently like Bogaerts’s reputation as a clubhouse leader, similar to how they signed Eric Hosmer years ago when they didn’t really need him at that point. I’m not sure what that says about Manny Machado, who was a legitimate MVP candidate in 2022, and clearly sees the Padres as “his team.”

That’s about all the news there is regarding baseball free agency this week. It isn’t much, but there never is much during the week of Thanksgiving. Even agents have to stop sometimes and go visit their moms. But as we head into December and possibly much more activity, let’s focus on what the Giants seem to need. This is my opinion about the order of importance:

The really big questions that hopefully the next month or two will answer are (a) will Zaidi/ownership really spend money this time, or are they just blowing smoke? and (b) if they really are willing and able to spend money, will free agents want to come here?

Speaking of money: The Giants’ estimated 2023 payroll at the moment is $125-130 mil (which includes pre-arb salaries, 40-man salaries, benefits, etc.). That’s about $100 mil below the first luxury tax line. Let’s say the Giants threw money at people who wanted to take it and paid Judge $40 mil, Correa $30 mil, and Verlander $30 mil, basically wiping out all of their cap room. Now let’s look at the 2024 payroll. The Giants have exactly $20,500,000 committed for 2024 right now: $12 mil for Anthony DeSclafani, $6.5 mil for Wilmer Flores, and a $2 mil buyout for Alex Cobb if they don’t pick up his team option. Hypothetically going off the books: Joc Pederson ($19.65 mil), Brandon Crawford ($16 mil), Alex Wood ($12.5 mil), Alex Cobb ($10 mil), Tommy La Stella ($6.25 mil), plus Scott Alexander, John Brebbia, and Jakob Junis (all in their final arb years and estimated to make a combined $6.35 mil). That is almost $71 mil that will be on the 2023 payroll but likely not on the 2024 payroll. Meanwhile, the only homegrown players who will need serious money in the next few years are Logan Webb and Camilo Doval. The next wave of youngsters is years away from getting paid, even if top prospects Kyle Harrison and Casey Schmitt land in the majors as soon as 2023.

This is to say that the Giants can throw stupid money at 2-3 stars this year if they want to and (more importantly) if the stars want to take their money. They will not be mortgaging their future. There will still be money to pursue Ohtani next year or Soto the year after if they want to do so. It’s a good place to be. Now we’ll see how and if Zaidi and crew can execute. It’s an exciting time–hopefully. Lefty out.