From Grit to Glory: Celebrating the 2012 World Series Champions 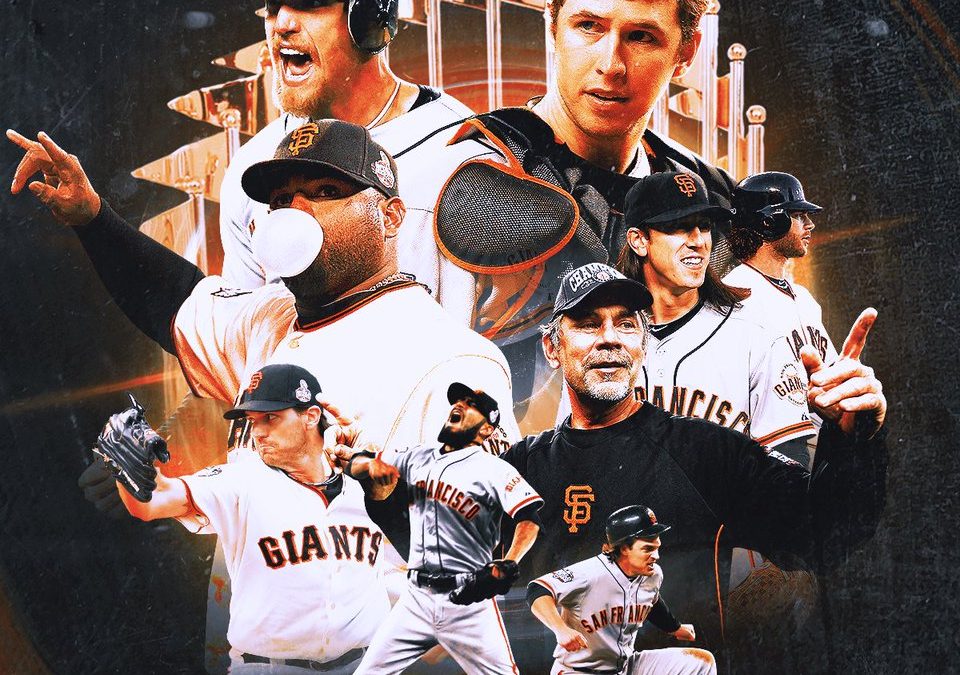 I’d like to thank the Giants for having special ceremonies on two of the last three Saturdays so that I had a great excuse not to write about the actual 2022 team. 🙂 That said, they did beat the Pirates last night, so good for them–nice outing for Carlos Rodón, nice game by Yaz (homer and “double” misplayed by Bryan Reynolds, hit the ball hard three times)

I was at spring training in late March 2012 when I saw a Tweet from rookie Giants beat writer Alex Pavlovic: Eric Surkamp had been scratched from his start in Scottsdale that day with an arm injury. Why should we care about this? Well, Barry Zito had been so terrible in camp (after a bad and injury-marred 2011 season) that one Chronicle writer started a rumor during spring training that he was going to be DFA’d with three full years to go on his disastrous contract. Surkamp, who’d made a couple of emergency starts up from AA in 2011 and was the next in line for the rotation if Zito was somehow out of it, had pitched well in the Cactus League up until that point. With the season less than two weeks away, the Giants’ rotation had a huge hole in it.

I was in New Orleans in the second week of April, chaperoning our daughter’s high school jazz choir on a school trip. We were out and about somewhere when a notification flashed from the MLB app on my phone: Long-time All-Star closer Brian Wilson would undergo Tommy John surgery and be lost for the season.

The Giants had underwhelmed their fans in the 2011-12 offseason (sounds familiar). The 2011 team had absolutely terrific pitching (except for Zito), with four starters finishing in the top 11 in the National League in ERA–but the offense was historically awful, and the team fell out of first place in early August and missed the playoffs and the chance to defend their 2010 championship. The Giants made two rather “meh” trades (or so it seemed), one for Angel Pagan from the Mets and the other for Melky Cabrera from the Royals. Then-GM Brian Sabean, in response to criticism about not doing enough, pointed out that the Giants would be getting back Buster Posey and Freddy Sanchez, both of whom had been helped off the field in 2011 following season-ending injuries. Posey was indeed behind the plate when Tim Lincecum took the ball on Opening Day, but Freddy never did make it back that year (except for, oddly, sitting in the dugout during the playoffs). In fact, Sanchez never played again.

So, to review: The Giants began the 2012 season with a very shaky Zito as their fourth starter, without their expected second baseman, and with a catcher coming back from a career-threatening injury who had not yet played a full season in the major leagues, and then they lost their long-time closer in the second week of the season.

They finished the season with their new closer, Sergio Romo, literally jumping and screaming for joy after sneaking an 89 MPH fastball past 2012 Triple Crown winner Miguel Cabrera to lock down a four-game World Series sweep over the heavily favored Detroit Tigers. Posey was NL MVP, won the NL batting title, and the Comeback Player of the Year Award. The second baseman on the field, Marco Scutaro, didn’t join the team until July.

And as for Zito? His spring training performance was so alarming that the Giants kept him back in Arizona for more coaching while they went north for the Bay Bridge series. But by the fourth game of the season, at Coors Field in Denver, they had no choice but to throw Zito out there. The Giants had lost three straight in their opening series in Arizona, but Zito was the unlikely hero who pitched a complete-game shutout at Coors to give the team its first win of the 2012 season. It would not be the last time in 2012 that Zito was a hero. He won 14 games during the regular season, but that was just a warm-up for what was to come.

This is all to say that the 2012 Giants had a lot working against them from the beginning of the season, and I haven’t even gotten to the rise and sudden fall of “the Melkman,” Melky Cabrera, who went from All-Star Game MVP to suspended and disgraced in just a few short weeks. But this was a group full of grit and determination, and despite some of the most dramatic twists and turns of any postseason I’ve ever watched, they emerged as champions for the second time in three years. This weekend will be the ten-year reunion celebration for that team.

Having set the stage, I’ll highlight the two most important elements of that championship team: the breathtaking postseason and the individual narratives.

From Death’s Door to Tiger-Killers

We all remember how the Giants had their backs to the wall not once, but twice, before emerging from the NL to play in the World Series. They got down 0-2 to the Cincinnati Reds in the NLDS and 1-3 to the St. Louis Cardinals in the NLCS and had to win six straight elimination games–the first four on the road–in those two series to stay alive. (They would win four more elimination games under manager Bruce Bochy before that remarkable streak finally ended in the 2016 NLDS.) Some of the most amazing moments:

So that was the story of a classic, dramatic postseason. The Giants went from looking like they couldn’t beat anyone to being unable to lose. They outscored the Cardinals 20-3 in the final three games of the NLCS, and then, of course, they confounded everyone by sweeping the mighty Tigers. Of the three postseason runs that led to championships in 2010, 2012, and 2014, I think 2012 was the tightest. The Giants won all three of their 2010 playoff series without playing the full complement of games, and the 2014 Giants won the NLDS in four games and the NLCS in five, but the World Series went 7, and of course, there was a wild card game on the road. In 2012, though, they had to go five games to win the NLDS, seven to win the NLCS, and even though they swept the Tigers in four, the final three games were very close.

Long-timers on TWG know that the 2012 championship team was my favorite. I’ve never been more emotionally involved with a sports team than I was with the Giants that season. When they played those elimination games in Cincinnati, I woke up those three days feeling so sad, like I was going to have to say goodbye to someone I loved. I think a big part of my affection was that I’m a writer, and I love a good story, and there were so many of them that season:

As is always the case when a full, long season leads to a parade, there were many other contributors. Arias, another non-roster invitee, filled in at third when Sandoval went down with hamate surgery and made the last out in Cain’s perfect game; he was also a “Kershaw-killer” in a crucial August series at Dodger Stadium. The young Brandons, Belt and Crawford, both played their first full seasons and were important contributors. The other “Core Four” members of the bullpen, Jeremy Affeldt, Santiago Casilla, and Javier Lopez, did their thing again that year. Angel Pagan was an offensive sparkplug who broke Willie Mays’s team record for triples that year. Theriot was the Opening Day second baseman in the absence of Freddy Sanchez and was there at the end as an unusual DH to get on base and score the winning run in the final World Series game.

If you want to relive it all again, here are a couple of links.

Inside the Clubhouse: Orange October 2012

In an odd coincidence, the Giants’ first- and fourth-round draft picks from 2014 are facing each other. We’ll be at the park again tonight to cheer our 2012 heroes one more time. This will be our eighth and likely final in-person Giants game this season, and our fourth time seeing Webb pitch. We also got to see Rodón twice, so it worked out pretty well for us.

It cheered me up to remember the 2012 team. Lefty out.