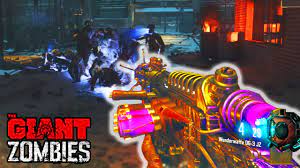 Zombies are described by Wikipedia as mythical creatures who are “undead.” Last week, the Giants “unrestored order” in the NL West, so this week, I guess they can be “undead.” English can be a very flexible language at times (“Change the way you pizza with Papa Murphy’s”).

With each day that goes by, the Giants get more and more beat up. Right now they have 14 players on the Injured List, with half of those on the 60-day IL. Eight of the players on their 26-man active roster have spent time on the IL this season, too. At some point this has take a toll, right?

Well…not so far, not yet. Last night might have been the most extreme case in point. The scheduled starting pitcher, Logan Webb, went on the IL the day before, so it would be a bullpen game. The Giants still won. The first two pitchers in the bullpen game (Scott Kazmir and Dominic Leone) didn’t actually pitch that well. The Giants still won. How did they win? Well, there was a three-run homer by Alex Dickerson, something you might have expected back in March–but there also were homers by three guys who weren’t on the Opening Day roster (Steven Duggar, Jason Vosler, and LaMonte Wade Jr.). The best pitching performance of the night was two scoreless innings by Conner Menez, who was awarded the win, and he wasn’t on the Opening Day roster, either. The Giants wake up today, June 5, not only in first place in the NL West but also with the best record in baseball at 36-21.

They are undead. Kill these Giants, and more just keep coming. Zombies.

So what’s going on here? Three words: Depth, homers, and bullpen. Let’s take these things one at a time.

The obvious observation when a team sustains as many injuries as the Giants have is that their organizational depth–especially on their 40-man roster, but even beyond it–is carrying them. We’ve all been watching this, but let’s call out a few specific details. Of the 26-man Opening Day roster, the following players either are on the IL right now or have been on the IL: Curt Casali, Brandon Belt, Donovan Solano, Tommy La Stella, Wilmer Flores, Mike Yastrzemski (twice), Alex Dickerson, Darin Ruf, Johnny Cueto, Aaron Sanchez, Logan Webb, Jarlin Garcia, Jose Alvarez, Reyes Moronta, Caleb Baragar. Another reliever, Wandy Peralta, was traded to the Yankees weeks ago, and Alex Wood, who is currently in the rotation, started the season on the IL. Evan Longoria has played through various injuries, Buster Posey is being handled with kid gloves, and Jake McGee has to be used sparingly. So the Zomb–I mean, the Giants–have been calling on the likes of Mike Tauchman (obtained in the Peralta trade), Duggar, and Vosler, as well as relievers who started the season in the minors. In last night’s bullpen game, of the six pitchers who appeared, only two (McGee and Tyler Rogers) were on the Opening Day roster.

I have to admit, this one surprises me even more than how well the organizational depth is carrying the team. The Giants are second in the majors with 83 home runs. Yes, the bulk of those have been on the road (in fact, they lead the majors with 56 road homers), but in last night’s home game, they hit four, and three of them were to right field, the hardest part of the park to hit one out of. But don’t tell Alex Dickerson that small changes to the ballpark before the 2020 season have led to the increased production. From Steve Berman’s excellent gamer in The Athletic:

Some have wondered whether the altered dimensions have changed the way Oracle Park plays. Or maybe it’s the wind-blocking tarps that were put up last season and block the free views fans used to enjoy at ground level in right. Alex Dickerson, who hit one into the arcade during the Giants’ six-run rally in the second inning, bristled at those ideas. He believes the Giants are just better at applying barrels to baseballs.

“It’s exactly as I remembered it as a visitor,” Dickerson said of the Giants’ home stadium, where they ran their record to 17-8. “It’s not an easy place to hit them out. If you’re going to hit them out to right, you got to keep it a little lower. It’s not as much the ballpark playing well, it’s our guys hitting well. I’ve been saying that for the last two years. You guys have been making up a bunch of stuff about putting a tarp up and it’s traveling better now. We’re hitting the ball much harder.” (Emphasis added)

You keep wondering if they can keep this up with the long ball, and then–they just do. When Steven Duggar has four homers in 81 plate appearances, for Pete’s sake, you know something is going on team-wide. Duggar is MyGuy™ from way back in 2016, so let’s watch his homer, shall we?

Duggar gives the Giants the lead with his 4th big fly of the year 🧨 pic.twitter.com/iIoyTi1Irc

The Giants’ bullpen has been–how shall I put this?–a source of concern during the first two months of this season. Not so much lately, with the notable exception of Tyler Rogers’ first meltdown of the season at Dodger Stadium a week ago Friday. Why is that? Well, it’s partly that the names and roles have changed a bit. Back when the Giants were repeatedly losing games they shouldn’t have lost in May (the second game of the doubleheader in Coors Field and the two in Pittsburgh come immediately to mind), the local media had various think pieces about what could be done to fix this obvious Achilles heel that was dragging an otherwise good team down. The best was a May 5 piece by Grant Brisbee, and he laid out the realistic options (given that it was still the first half of May and too early to make big trades), which included staying the course, changing roles, and shuffling personnel. The Giants tried all three of those (“staying the course” didn’t work; see Pittsburgh on May 15-16), and the combination of changing roles and shuffling personnel seems to have improved matters over the last week or two.

For example, in last night’s game, former(?) closer Jake McGee pitched the eighth inning and current(?) closer Tyler Rogers pitched the ninth. But are they really “former/current,” or was it just a matter of who was coming up in those two innings? (I have to say, it’s always fun to watch Rogers against a team that’s never faced him before. The annoyed/puzzled looks on batters’ faces are priceless.)  As for personnel, as I mentioned, the bullpen is currently full of guys who were not on the roster even a month ago (Littell, Leone, Menez, Kazmir), and others have come and gone again (Doval, Selman, Tropeano, Santos). This is to say that Brisbee correctly assessed the options, and the Giants are trying them all. You can’t ask for much more than that at this point of the season. Meanwhile, offseason acquisition John Brebbia, making his way back from Tommy John surgery, has pitched well in his first three appearances for Sacramento (3.0 IP, 0 H, 0 BB, 5 K), and he’s eligible to come off the 60-day IL whenever they feel he’s ready. It might be soon. Oh, and keep an eye on Sam Long, too.

Here’s the more important part of the bullpen’s improvement: The offense has given them some breathing room on a regular basis. Have you noticed that the Giants have started winning games that are not always one-run torture fests? Just to pick an arbitrary starting point, let’s pick it up three weeks ago, after the two losses in Pittsburgh, when the Giants ripped off five wins in a row before getting swept by the Dodgers. In that three-week period, the Giants have gone 13-5, and of those 13 wins, only two have been by one run–and even the second of those two started off as a 5-0 Giants lead that Littell and McGee turned into a late squeaker. Since the three-game sweep at the hands of the Dodgers, the Giants have averaged 6.2 runs per game. That takes the pressure off everyone, starters and relievers alike.

I don’t find the Cubs quite as annoying now that Joe Maddon’s not their manager anymore, but they still have their moments. It was very enjoyable to see Jake Arrieta, who’s always seemed like a first-class jerk, pitch worse than 47-year-old Scott Kazmir. As Alex Pavlovic put it, “Kapler had a bullpen game set against a red-hot Chicago Cubs team on Friday, but Giants hitters made sure this was a bullpen game for the Cubs, too.” And what the heck is up with Joc Pederson? Besides his posing and twirling after his homer (which made the score closer, but didn’t put the Cubs ahead or anything), there’s this moment after Brandon Crawford made his nightly highlight play on a Pederson ground ball.

Joc Pederson had something for Crawford after the play 😂 pic.twitter.com/gvDgJVzAeQ

I mean, what is he, five years old?

The Cubs are having a nice year (they’re still in first place in the NL Central), and we probably should stop daydreaming about picking up Kris Bryant at the trade deadline. That makes it all the more impressive that the Giant Zombies have handled them so easily in the first two games of this series.

Cubs at Giants, Willie Mays Field, 4:15 p.m. (We’re on Fox for the third Saturday in a row. Wonder if we’ll get the Dodgers guys again. Ugh.)

Stewart is a right-handed 26-year-old swingman who played for the Twins in 2018-2019. He’s appeared in one game for the Cubs so far. We’ll see if Gausman is OK (he left his last start with a sore hip) and if the Zombies can keep up the pressure. Should be fun. Lefty out.