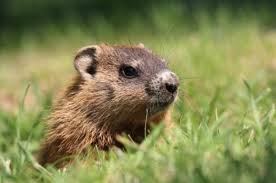 If you see a groundhog eating pizza in the middle of April, does that mean we have six more weeks of quarantine?

If y’all need me I’ll be watching this groundhog eating pizza for the duration of the quarantine. pic.twitter.com/tlGwUkjjAs

Or coyotes on the beach looking out at the Golden Gate Bridge?

I don’t know about the rest of you, but I’m finding the weekends the hardest to deal with. During the work week, I can at least distract myself with some semblance of a schedule. I could work more on the weekends–the academic life never really stops–but I’m trying not to, both for my mental health and for the sake of my cranky shoulders, which need regular breaks from the computer.

Long, empty days, though. We try to amuse ourselves by cooking nice brunches and picking out a local restaurant to get takeout from for dinner. Yesterday we crossed county lines in our convertible to go get a half-baked pizza at Amici’s in Vacaville. But you can’t eat all the time, or at least you shouldn’t. (#Covid15 is now a thing, like the “Freshman 15” new college students often experience.)

I did celebrate Orange Friday by sneaking peeks (during work Zoom meetings) at the “live” replay of Game 6 of the 2012 NLCS (the Vogelsong #RallyEnchilada game) and watching the MLB The Show 20 simulated game between the Giants and the Braves, called by Kruk and Kuip, with occasional sideline commentary from Amy G. It was on NBCS-BA and lasted one hour. It was more fun than I thought it would be.

[Spoilers: Billy Hamilton is the centerfielder, Tony Watson is the closer, Tyler Rogers is the set-up man, Hunter Pence is batting cleanup (and he and Buster are raking), and Brandon Crawford was nowhere to be seen. Dubon was the starting shortstop, and he was double-switched out for Yolmer Sanchez, who made a sharp play at SS in the ninth inning. Oh, and Mark Melancon is still getting beat up. He gave up an opposite-field double to Posey and then a two-run homer to Pence. However, I’m scratching my head about Yaz playing left field while Pence was playing right. Yaz’s metrics in RF last year were sneaky-good, and Pence was a DH. I think if Yaz and Pence are both playing corners, it will be Yaz in RF with Pence hidden in LF.]

In other Giants news, manager Gabe Kapler went on the Giants Splash podcast and talked about the cross-level Zoom meetings he and the coaches are having with players. For example, outfielders Mike Yastrzemski and 2019 first-round draft pick Hunter Bishop were on the same call. Kapler also mentioned that Will Clark was on a Zoom call with the whole coaching staff last week and in his words, Clark “killed it”–so knowledgeable, so personable, so positive. Kapler was gushing more about The Thrill than a waterfall at Yosemi–ah, never mind.

Alex Pavlovic published a piece on the ten worst trades in San Francisco Giants history, and no, the Matt Duffy trade didn’t make the list. However, a couple of our recent favorites, the trades of Bryan Reynolds and Adam Duvall, did make the top ten. (Has anyone noticed we still don’t have an everyday left fielder?) Reading the countdown piece, I thought sure that the trade of Joe Nathan/Francisco Liriano for A.J. Pierzynski would be #1, but it was only #2. #1, and how could I forget this, was the trade of future Hall-of-Famer Gaylord Perry for Sodden–uh, I mean “Sudden”–Sam McDowell in 1971. SMH on that trade.

The NBCS-BA simulated game broadcast was fun enough–and only an hour long–that I think it might be worth trying another TWG meetup. What I have in mind is that those of us who are in market and interested would tune in at 7 p.m. PDT and comment along on the blog. For you out-of-market folks, I think I can stream the broadcast via Zoom using screen-sharing, and we can use the Zoom chat and/or just talk to each other while it’s on. If there’s enough interest, I’ll post details and a Zoom link on Friday. Let me know in the comments if you’d be into that.

Well, I think I’ve blathered enough. Enjoy your Sunday and take good care this week. In case you didn’t watch the “One World Together at Home” special yesterday, here’s the amazing finale with the unlikely combo of Andrea Bocelli, Lady Gaga, Celine Dion, and John Legend singing “The Prayer” for your Sunday enjoyment. Lefty out.