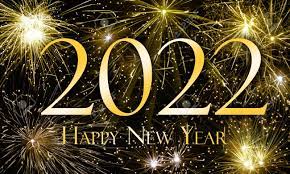 It’s been fashionable over the last week or so–and even over the last few years–to spend the final days of the old year bashing that year and seeing every bit of bad news as an example of how awful that particular year was. For example, Betty White passed away yesterday, just 18 days short of her 100th birthday, and there was a Twitter-wide explosion of “See? 2021 SUCKED.”  I mean…she was awesome. But she was 99.  She had a REALLY good run.

Anyway, depending on how things came at you in 2021, you may be saying “Thank God that’s over” or “At least it wasn’t as bad as 2020” or “You know, it was actually a pretty good year for me.” That’s kind of how life goes.

One thing I’m guessing we could all agree upon here at TWG is that 2021 was an awesome, awesome year to be a Giants fan. Well, except for the part where Buster Posey retired. But the actual baseball season–it was amazing. Just a six-month joyride of surprise, delight, and appointment TV.

I was listening this week to the year-end “Giants Talk” podcast by Alex Pavlovic and Cole Kuiper, and they gave me the idea for today’s column. If you don’t want to listen to the whole 50-min podcast, here’s an article with a synopsis. I’m not going to riff on the entire thing, but I’m going to steal their “best of” idea, provide some choices and comments of my own, and then ask for yours. For each category, I’ve bolded my own pick and put a comment below the bulleted list.

I never would have pegged Crawford to have the season he did, winning his fourth Gold Glove (and first since 2017), making the All-Star team, finishing fourth in NL MVP voting, and signing a two-year contract extension. I honestly thought he was done after 2019 and that he might get DFA’d before his contract ended in 2021. I can’t remember such a dramatic turnaround by a 34-year-old player who looked utterly washed-up at age 32.

Oh, man. This one made me sad. I think of Dickerson and Yaz as the two pillars of the Farhan Zaidi-led turnaround. I still remember the energy Dickerson brought when he arrived in June 2019 and his ridiculous hot streak in September 2020. I liked him. His rapid decline in 2021 was such a bummer. Good Giant.

Most underrated Giant of 2021

I picked these four names off the top-12 team bWAR list for 2021. Darin Ruf was an easy winner for me in this category. He was a bench guy, and yet he put up more WAR in part-time play than Mike Yastrzemski or Evan Longoria. (He was ahead of Brandon Belt in bWAR but behind Belt in fWAR.) He even was tied with Yaz and Austin Slater for the team lead in outfield assists–and Slater played three times as many innings in the outfield and Yaz five times as many. As for Duggar, he didn’t even get 300 plate appearances but was more valuable than any position player not named Brandon, Buster, Ruf, or Yaz. I’m not sure that Rogers and DeSclafani are “underrated” in the same way that Ruf and Duggar are, but they definitely got less attention than the bigger names in the rotation and the bullpen.

This was a tough one because Pence was so good when he filled in, but I didn’t vote for him because of the small sample size (just a game or two). I thought Estes was pretty good and I didn’t care for Winn, but I think Javi Lopez has been good since the first year and keeps getting better. He’s a smooth, well-prepared pro in that role. Seriously, you’d think he went to broadcaster school instead of having a baseball career.

This one was easy. Pence was fantastic in the studio, especially interviewing players postgame (I remember an epic one with Belt). I always enjoy Aurilia, and Kontos was surprisingly good this year and had really nice rapport with host Greg Papa. The Giants do a nice job of rotating people into this role.

I guess it says something that I had a hard time coming up with four choices from memory. There were some bad bullpen moments in April and May, but they kind of mush together in my brain, starting with Opening Day, a close second for me in this category.

In contrast, this was a hard one to narrow down. In fact, I’m going to create a whole new category based on some I left out. I probably enjoyed Game 162 the most, especially since I was there in person, but the Tauchman catch arguably turned the season around. Giants fans will be talking about that one for decades. (You don’t think so? Consider how many Giants fans instantly recognize the name of an obscure backup catcher from 1997–Brian Johnson.)

I could watch that Bellinger throw and Dave Flemming’s call (“And Bellinger throws it SO HIGH”) 100 times and never get tired of it. Honorable mention to Ruf’s “check swing” that wasn’t–keeping a game alive and getting Dave Roberts kicked out–and to Jason Vosler (remember him?) somehow beating a throw from SS to 2B by getting an extra step in his lead off 1B. SO MANY great memories.

There is no “other” here.

Please add your own votes, quibbles, and additions in the comments. Next week, maybe we’ll do a “favorite predictions for 2022” column. We have a pretty blank canvas with the MLB owners still locking out the players. In the meantime, we at TWG would like to wish you all a happy and healthy New Year. Your Giants would like to wish it as well (see below). Lefty out–for the first time in 2022!