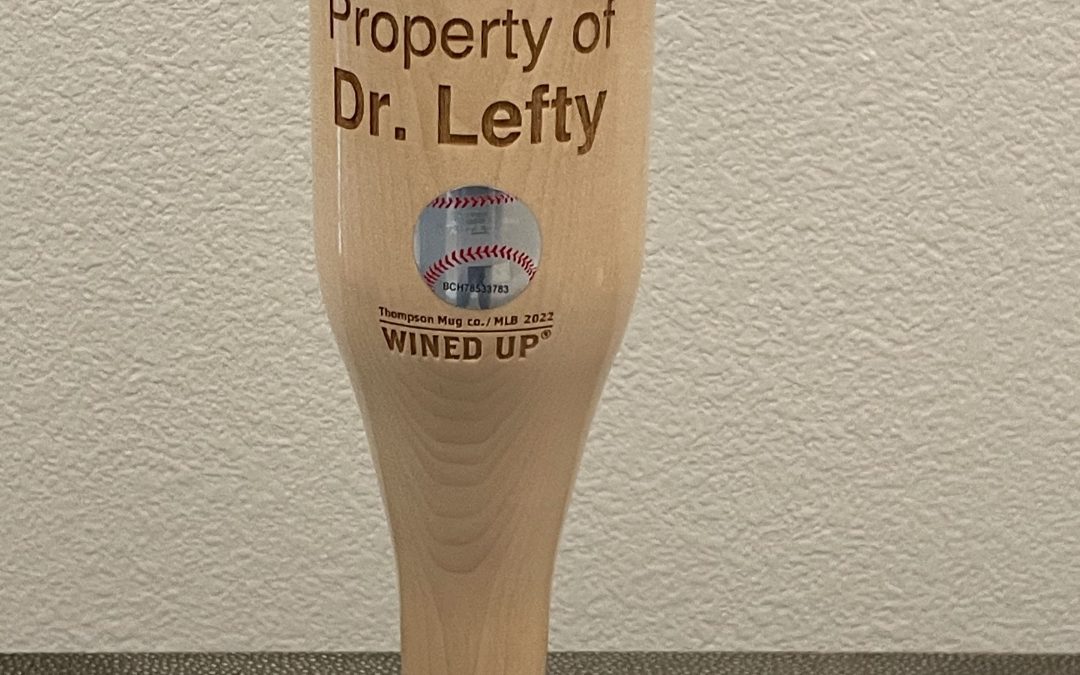 Happy 2023! Larry David on “Curb Your Enthusiasm” decreed that you’re not supposed to say “Happy New Year!” this late, but since this is the first Out of Left Field of 2023, I’m taking some artistic license.

Carlos Correa STILL doesn’t have a job. It was a slow week in baseball and especially for the Giants, but here’s the round-up.

Michael Conforto is (finally) a Giant

A few days after the Carlos Correa deal imploded, we were informed that the Giants had signed Michael Conforto and Taylor Rogers. Rogers’s deal became official before the New Year, but it was only two days ago that Conforto’s deal was finally official. The two-week delay between the news of Conforto’s deal and it being finalized made some Giants fans nervous for some reason, but it’s now a done deal. I have the photo to prove it!

So…this is a guy that was pretty good for four years, barely average in 2021, and then completely out of the picture in 2022. The Giants signed him for $18 mil/year for two years with an opt-out after 2023 if Conforto exceeds 350 plate appearances. It could turn out really well (in which case Conforto will likely opt out and be gone next year) or really poorly (see La Stella, Tommy). I wish him well, but it’s hard to get excited about a guy who either (a) will be good and leave or (b) be awful/injured and stay. I wish I could be more enthusiastic, but here we are.

The Giants no longer have a backup catcher

To make room on the 40-man roster for Conforto, the Giants DFA’d backup catcher Austin Wynns. This seems like a truly strange decision. Wynns was credible as a backup to Joey Bart, who still needs to prove that he can be the #1 catcher for the Giants (in case you forgot this already, Bart actually got demoted to AAA in the middle of 2022). The pitchers liked throwing to Wynns, and he hit a perfectly respectable .257 in his backup role. I sure hope we’re going to hear really soon that the Giants have signed/traded for a legit major league backup, because right now it’s Bart and Rule 5 Guy Blake Sabol, who’s not really a catcher unless it’s like the 11th inning and you don’t want to put Thairo Estrada behind the plate.

As a parent, I’ve told the Leftys Jr. that they shouldn’t quit a job until/unless they have a new job lined up. That’s how I feel about jettisoning a backup catcher without a safety net, too. There’s gotta be a Plan B, right? RIGHT?!

The Giants are reportedly negotiating with Luke Jackson

Whoooooo?  OK, I’m scraping the bottom of the content barrel when I’m riffing on a rumor about a relief pitcher who’s recovering from Tommy John surgery. But here we are.

Jackson, who is 31, has spent his career as a mediocre middle reliever. But he did have an excellent 2021 for the Braves (1.98 ERA in 71 games) during their World Series run. He had Tommy John surgery in April 2022, meaning that, at best, the Giants could see him in action by mid-2023. This signing (if it happens) sounds a lot like the deal they made with John Brebbia before the 2021 season–a deal that didn’t really pay off for them that year, but definitely did in 2022.

As expected, Longoria signed elsewhere after the Giants declined his team option. Good for him that he landed with the Arizona Diamondbacks, since his family lives in the Scottsdale area. Longoria spent five years as a Giant after being traded from Tampa Bay before the 2018 season. The Giants gave up Denard Span, Christian Arroyo, Matt Krook, and Stephen Woods to obtain Longoria, and the Rays paid down part of his contract every year. Longoria was a good Giant. It’s hard to feel that strongly about him one way or the other, given that only one of his five years as a Giants was a winning season for them. In ten years with the Rays, he amassed 41.7 WAR. In five years with the Giants…6.7. And there you have it. Good guy whose best years were for another team, and whose time with the Giants was injury-marred and overshadowed by the general malaise in the organization. But we wish him well.

Matt Daniels, the founder of Driveline Baseball, announced his departure from the Giants’ staff on New Year’s Day. It is not clear whether he is going to work for another team or doing something else. Daniels was the “coordinator of pitching sciences” for the past four years–since the Gabe Kapler era began. Whatever else you can say about the Giants over the past four years, their work with pitchers has been a notable success, and it seems that Daniels’ departure would weaken the organization.

In much bigger news, longtime GM Sabean announced that he was leaving the Giants to go back to work for the Yankees, with whom he began his career. It’s troubling that Sabean took a pot shot on his way out of town:

Brian Sabean said he expected to do more and be more involved in his advisory role with the Giants, but it didn't turn out that way. He decided to let his contract expire on Oct. 31 and reached out to the Yankees, who offered "a better opportunity" that fit his family needs.

Sabean is taking on a similar role–advisor to Yankees’ GM Brian Cashman–but he clearly feels that he will have more input and a bigger role with the Yankees. Together with Bruce Bochy’s “unretirement” this fall to become manager of the Texas Rangers, the Giants have lost two huge links to the most successful era they have had in San Francisco.

It doesn’t speak well of Farhan Zaidi and ownership that they made both Sabean and Bochy feel so irrelevant that they wanted to go elsewhere. You would hope that Zaidi would recognize and respect Sabean’s track record, experience, and wisdom, which far surpasses his own. Maybe there are good reasons why it wasn’t a fit, but this is yet another disappointing data point in the underwhelming Zaidi regime.

Where we are now

Some schmoe from Bleacher Report pronounced the Giants as the #1 “losers” of the offseason.

Xavier Scruggs drops his biggest winners and losers of this offseason.

I thought this was a bit much. The Giants have signed six major league free agents, five of whom are former All-Stars. They’ve spent money. Oh, and they extended Wilmer Flores, who for some reason is this guy’s poster child for the Giants being “losers,” to a team-friendly extension. Am I happy with the Giants’ offseason? Not even a little bit. Do I think they’re the worst “losers” of the winter? Nope to that, either. I’m not really sure why the Mets are the #1 “winners,” either, unless they actually do sign Carlos Correa. They traded DeGrom for Verlander, a lateral move. They signed Kodai Senga and retained Brandon Nimmo. But unless they do add Correa, they haven’t improved their offense. Seems like status quo to me, not “big winners.”

I feel like the Giants are not done, and I don’t just mean taking a flyer on Luke Jackson. I mean, they need a backup catcher, right? And they’d still like a dedicated center fielder, and what about Brandon Belt? I don’t think there’s anything left out there that could make this offseason a success and not a disappointment, but–I still think they’re not quite done yet.

We shall see. Lefty out.