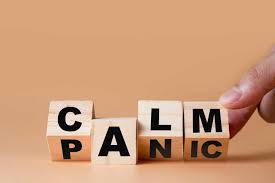 One week ago tonight, the 2022 World Series ended with an Astros victory in Game 6. Congrats again to Dusty Baker, Mauricio Dubon, Will Smith, and Pete Putlila. Since then, a bunch of stuff has happened. This next week, more stuff will happen. Let’s break it all down.

Among the takeaways for some leaving the GM meetings: there is a big spike in the perceived value of left-handed hitters, with the impending restrictions against defensive shifts. For example: the Joc Pederson qualifying offer.

If lefties are suddenly more valuable, well, Joc was one of the better lefty sluggers this past year. Olney’s comment also makes me wonder a bit more about the possible market for Brandon Belt, or even if there might be a trade partner for Tommy La Stella.

Here is the full list of players who got QOs. Most of them are the ones you’d expect, but QOs to Tyler Anderson, Nathan Eovaldi, and Chris Bassitt are a bit surprising, too. Players have ten days (so Nov. 20) to accept or decline the QO. Bassitt and Contreras have already declined theirs, which suggests they want to get moving on their free agency (see next item).

Certainly feels like this is it for Evan Longoria and the Giants. He made a big impact on a bunch of the guys in SF’s clubhouse in his five years with the club. pic.twitter.com/65CV7IMbPE

This is a little surprising, given strong statements from both Zaidi and Longoria near the end of the regular season about their mutual desire to work something out for 2023. Zaidi was singing a bit of a different tune this week, though, highlighting the right-handed options that Giants already have in the fold for 3B–Wilmer Flores, J.D. Davis, David Villar, and Casey Schmitt in the wings in AAA. Honestly, although Longoria was a good Giant and had a fine year when he was on the field in 2022, this seems like the right decision to me.

Farhan Zaidi yesterday: “We've got David Villar who played really well for us down the stretch, J.D. Davis who did a really nice job for us, Casey Schmitt is one of our top prospects and he's got a chance to be an everyday third baseman." https://t.co/QlpbJSqgWW

Beyond the Giants’ two options being declined, there was a lot of activity across MLB by which various players became free agents. The list is too long to provide it here, but it includes huge names like Justin Verlander and Jacob DeGrom, as well as long-timers like Justin Turner and Wil Myers having their team options declined.

Finally, the Giants quietly did a bunch of 40-man roster clean-up, activating players such as Anthony DeSclafani and others from the 60-day Injured List, and DFAing players from the roster. Farewell for now to Zack Littell, who cleared waivers and opted for free agency rather than an outright to AAA. The Giants also picked up a couple of guys from waiver wires because of course they did, but most notably, they added Isan Diaz to the 40-man roster. Diaz, a lefty-hitting middle infielder, was traded from the Marlins to the Giants in late April, and he hit 23 homers for the River Cats (in under 300 ABs) before being shut down with an injury in September. I assume the Giants added him now so as not to lose him in minor league free agency. Diaz’s addition may add further fuel to the speculation that Tommy La Stella will be DFA’d (or traded) sometime soon, and Jason Vosler shouldn’t feel too comfortable, either.

The MLB Transaction Tracker (@MLBMovesTracker) is a good Twitter account to follow if you want to keep up with all major and minor changes. (At least for as long as we still have Twitter, I guess.)

In addition to “known unknowns,” such as (a) who might accept or decline their QO this week (b) free agent signings that might happen and (c) trades that might happen, there are two important dates coming up this week. First will be the deadline on Tuesday, November 15, for teams to protect players from the Rule 5 Draft. Since HaakAway has already declared the Hot Stove contest closed, I’ll reveal that I picked four to be protected: Reliever Nick Avila, starter Tristan Beck, shortstop Marco Luciano, and outfielder Luis Matos. Luciano is a no-brainer. Matos should be, but he had a disappointing 2022. I still think the Giants won’t risk losing him. Avila seems like a pretty good guess because he’s exactly the kind of player who gets picked in the R5 draft (reliever at AA level or beyond, high-octane stuff). I’m the least sure about Beck, who had a so-so year for Sacramento, but he seems similar to Sean Hjelle, whom the Giants did protect last year. We’ll know pretty soon.

The second important date is Thursday, November 17, when teams must either offer contracts to arbitration-eligible players or non-tender them. The Giants currently have 11 arbitration-eligible players now that Littell and Jharel Cotton have been disposed of, and it sounds like most or all of them will be tendered contracts or offers of arbitration. Zaidi specifically said at the GM Meetings that LaMonte Wade Jr. would be offered arbitration, so I quickly went in and edited my ballot before the window closed(!). I was not so lucky with Jarlin Garcia, whom I’d also left off my ballot.

I don’t necessarily think this is the week that the Giants will spend all the money and sign all the free agents. Maybe they will, but they certainly will have to protect some top prospects (or not) and tender arbitration to current players (or not). The former deadline will affect the future. The latter affects the present, at least for now. More importantly, this week will help determine if I win the MyHotStoveGuy™ contest this year, and that’s what I care about, of course. Lefty out.

Here’s something cheerful. He’s definitely going to be MyGuy™ next season! OK, now Lefty REALLY out!