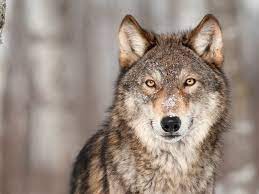 The title of this post means “in the mouth of the wolf.” It’s an Italian saying that’s the equivalent of “good luck.” (hat-tip to SisterLefty, who just returned from spending the summer in Italy.) And that’s where the Giants find themselves after their desultory performance last night.

I was shocked. I’m still shocked. I didn’t expect this series to be easy or the Giants to sweep or anything ridiculous like that. I honestly thought there was a good chance they’d lose last night with Julio Urias pitching since they’ve been far less successful facing lefty starters this year–and Urias is about as good a lefty starter as there is right now. But after Friday night’s nearly perfect effort, I didn’t expect them to be embarrassed the way they were.

Let’s break down everything the Giants did wrong. There will be no section for what they did right.

The only good thing about that game was that Kapler took the opportunity to get McGee and Castro some low-leverage work–McGee because he hadn’t pitched in a month and Castro because he’s a 22-year-old rookie making his first playoff appearance. Both of those innings went quite well, especially compared to innings pitched by Gausman and the “L” brothers.

After Friday night’s game, I was feeling optimistic–not cocky, but optimistic. Maybe the Giants could really pull this off and win a five-game series against the Dodgers. After last night’s game, I don’t know what to think. It’s going to be tough with Scherzer on the mound for Game 3, so let’s see if the #ResilientSF thing can kick in one more time.

Remember the Italian saying I started with? Well, the Giants are definitely “in the mouth of the wolf.” But there’s another part to it. When an Italian says In bocca al lupo, the appropriate response is Crepi il lupo–“May the wolf die.”

Yeah. Go get that wolf, Giants. Lefty out.