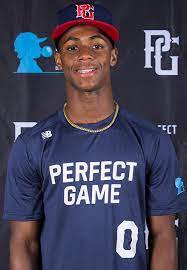 Research shows that planning a trip gives people almost as much pleasure as taking the trip itself. That may have been true pre-COVID, but now I’m not so sure. I’ve had to unravel a couple of great trips since March 2020, and it absolutely takes some of the fun out of planning when you’re carefully taking note of cancellation policies in case you, once again, may have to undo the whole thing.

This week I gritted (grit?) my teeth and finished planning our Scottsdale spring training trip. I’d booked the hotel and plane tickets several months ago, but this week I made dinner reservations for our favorite restaurants, took advantage of a ticket presale to buy tickets for a Giants road game (against the Diamondbacks at Talking Stick), and while I was at it, went onto StubHub and bought tickets for the two Scottsdale Stadium games we’re hoping to attend. I was well aware every second I was online making arrangements that we might not take this trip after all, and this time, it has nothing to do with COVID. If collective bargaining talks don’t succeed (quickly enough), there might not be any games for us to attend March 11-14. It’s maddening. Two years ago, we had a spring without baseball, and on top of the collective sadness the whole world was experiencing over COVID, it was just heartbreaking. To not have baseball because billionaires and millionaires are jockeying for position seems unbearable. I don’t even want to engage mentally in the issues they’re arguing about or take sides. I don’t care. Just play ball!

In happier news, today was International Signing Day (which in normal times was always July 2, and those players are often referred to as “J2 signings”), and the Giants, as long rumored, signed a top-10 prospect and the #30 prospect. The big name is Ryan Reckley, a 17-year-old shortstop from the Bahamas. They also signed two Venezuelans, a catcher, Juan Perez, and another shortstop, Dennys Riera. The Giants paid serious money for the three ($2.2 mil for Reckley, $1.2 mil for Perez, $700K for Riera). This is their splashiest international signing class since 2018, when they signed Marco Luciano, Luis Matos, and Jairo Pomares. More on the three 2018 studs in a minute.

Here are photos of Reckley signing today. He’s going to have to pick a different jersey number, though.

And the full list of all the Giants’ international signees today.

Here is a write-up on today’s signings from uber-prospect expert Roger Munter, which he’s made free to all (he’s usually behind a paywall). It sounds like the Giants may have acquired their double-play combo of the future today in Reckley and Riera (whom Munter sees as a future 2B). Well, except that their top prospect (Luciano) is a shortstop, and another top J2 signing from 2019, Aeverson Arteaga, is also a shortstop.

These are nice “problems” to have, and we don’t really need to worry about them until 2026 or so.

The other “news” of the week, beyond the resumption of collective bargaining, was that Baseball America dropped its top-10 list of Giants prospects. Thanks to Uncle Leo, I got my hands on the list:

You can see that the top three J2 guys from 2018 are all on the 2022 top prospects list, as is Arteaga. The rest of the list consists of the first-round draft picks from 2017 and 2018 (Bart and Ramos) and two picks each from the 2020 draft (Harrison and Murphy) and 2021 (Bednar and Mikulski). Taken together, this is a pretty well rounded group of near-ready prospects (Bart and Ramos), college pitchers who could move quickly (Bednar, Mikulski, and Murphy), and youngsters to dream on (the other five, who could all become stars). There are four pitchers, three outfielders, two infielders, and a catcher.

As noted in an article by NBCS-BA columnist Dalton Johnson, while Murphy may be the biggest surprise on that list (he was a fifth-round 2020 pick from an obscure DII school), the biggest omissions are 2019 and 2020 first-round picks Hunter Bishop and Patrick Bailey–also notable in that they were the first picks in the first two drafts with Farhan Zaidi in charge. (It’s worth remembering the top four guys + Pomares are from the Bobby Evans era.) Johnson explains that both Bishop and Bailey had rough 2021 seasons. Bishop was derailed by an injury and missed most of the year but re-emerged in the Arizona Fall League with a handful of encouraging at-bats. Bailey had such a rough start at high-A Eugene that he got sent all the way to the Arizona Complex League (formerly known as the Rookie League) for a reset and then went to low-A San Jose, where he finished the season well. Johnson characterized both players as possible breakout candidates for 2022 and cautioned patience rather than “panic” with regard to both.

Taken together, the Giants’ farm system is looking pret-ty, pret-ty, pret-ty good. And if MLB doesn’t get its head out of its a$$, we’ll have lots of time to devote to following all of these prospects this spring. The other question, once the lockdown does end, is which if any of these talented youngsters might be packaged in a trade for a starting pitcher or a right-handed hitter.

Braxton Crawford turned six, and his dad, #35, is turning 35 this week, so there was a big baseball-themed party for them in Scottsdale that included special guests such as Evan Longoria and Logan Webb. As for Braxton–well, he can hit.

This is awesome! Check out Braxton Crawford launch a ball into orbit —— with the same exact batting stance as his old man! And he did it on his 6th birthday in front of Evan Longoria, Logan Webb, and Kevin Pillar. Future big leaguer. #SFGiants pic.twitter.com/YybazVcqNa

We’ll have to keep an eye on the little brother, Bryson, who will be four this year. Almost time for him to start playing T-ball, too. And yes, I’m aware that I’m really running out of material when I’m including highlights from a six-year-old’s birthday party.

Speaking of birthdays, congrats to our own Surf Maui, who turned 39 again this week and got an awesome video greeting from none other than Hunter Pence!  I too got a special Giants-themed gift for Christmas from SisterLefty. No, it’s not as big as Madison Bumgarner’s locker from 2014, but it’s pretty cool. You may recall that I’ve said the 2012 champions were my favorite of the three-in-five teams. Authenticated field dirt from Game 4 of the 2012 World Series, gift from SisterLefty to DrLefty, Christmas 2021

Well, congrats to the new young Giants, good luck to the 49ers tomorrow, and c’mon, MLB and MLBPA…are you really gonna make me cancel another trip? Have a heart. Lefty out.