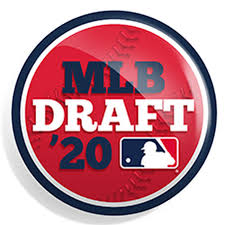 When I was a little girl, my favorite books were in the “Little House” series by Laura Ingalls Wilder. My mother read them aloud to me and then I was, over several Christmases and birthdays, gifted with the complete set of 1950s hardbacks with the gorgeous Garth Williams illustrations. I have them to this day, and they’re here with me in my home office as I compose this post. How much did I love these books?–I named my firstborn daughter Laura Elizabeth after the author. Much as I love them all, I have favorites among them, and one of them is On the Banks of Plum Creek.

One of the chapters in that book is about a particularly difficult period in the Ingalls family, and the chapter title is “The Darkest Hour is Just Before Dawn.” As the chapter went on, things looked as bleak as they could be, and then BOOM–everything worked out and was all right again.

But sometimes things are just dark and there’s no happy ending, no “dawn.” For many people going through the simultaneous traumas of a vicious pandemic, economic disaster, and ongoing protests over racism and policing, there has been a great deal of darkness–the death of a loved one, the loss of income, the fear, pain, and anger over the killings of George Floyd and others. We hope and pray for “dawn” of some sort to come soon in their lives and in this battered and divided country.

For major league baseball in 2020? We seem to be at that “darkest hour” point. Negotiations between the league and the players union over restarting the season have come to a halt and both sides seem as entrenched in their positions as ever. As Ken Rosenthal glumly observed in his piece in The Athletic yesterday, the uplifting possibility of baseball games for the Fourth of July is pretty much dead. (It’s worth noting, though, that 46 Athletic staffers were laid off on Friday, and the survivors got pay cuts. So it’s not too surprising that Rosenthal was in a dark mood.)

Will there be a “dawn” for MLB this year? I still hope so. As I told one of our regulars in a text yesterday, I miss baseball so much it hurts. But I’m beginning to steel myself for yet another disappointment.

One thing that is definitely happening is the draft this week, or what’s left of it. As we know, there will be only five rounds, and the Giants have seven picks, starting with #13 in the first round.

Here are the vital details. (Link also includes the draft order and information about bonus pools.)

The Draft and the Giants

The Giants are tied with the Cardinals for the most picks in this year’s draft with seven (one from each round + the two compensation picks for losing Will Smith and Madison Bumgarner to free agency). Now we get to the interesting part of the discussion: Whom might the Giants draft, particularly in the first round? Some of the mock draft predictions include:

For an extremely well-informed discussion of the Giants’ drafting strategy (present and past), I highly recommend this interview from Thursday afternoon on KNBR with MLB Pipeline/Baseball America’s Jim Callis. No, seriously–a national baseball writer actually knew his stuff about the Giants and had thoughtful, interesting things to say. He knew who Seth Corry is. He even knew how to pronounce Heliot Ramos’s name correctly (it’s like “Elliott”). He gave Farhan Zaidi and crew major props for how they played last year’s draft, specifically for getting Hunter Bishop and Logan Wyatt at appropriate slots in the first two rounds but negotiating slightly under-slot bonuses for the two that enabled them to pay a bit more to youngsters they wanted from the lower rounds, such as 11th round high school pitcher Trevor McDonald, to whom they offered enough money that he turned pro instead of going to college.

With only five rounds but a maximum number of picks, it will be interesting to watch how Zaidi et al. wheel and deal, not only during the draft but in wooing undrafted players to sign with the Giants. Reportedly, they’ve been working the phones for weeks with their sales pitch. (“We suck! If you sign with us, you’ll have a faster track to the big leagues, unlike with the Dodgers or the Yankees!”) OK, here’s what he actually said.

“It’s all going to be about making a unique pitch to them. Hopefully, we can talk about the strides we’ve made in player development, what a great place it is to get to be a professional athlete, being in the Bay Area. And the opportunity we’re going to have in the coming years for young guys coming through our system to establish themselves at the major league level. So there’s going to be a big effort for us over the next few weeks.”

Discuss: What Should the Giants Prioritize in the Draft?

Hitting? Pitching? High-ceiling high schoolers or faster-arriving college players?  Mr Lefty is adamant that the Giants should use their top picks on the best hitting talent available because you can buy pitchers to come to San Francisco but you have to grow your own hitters. He’s right about that, but the Giants’ top prospects at the moment are nearly all hitters, and their pitching pipeline is thin. (No, literally, it’s thin. Have you seen Sean Hjelle?)

Oh, and the fact that the Giants did pretty darn well by drafting great first-round pitching prospects in the 00’s, starting with Matt Cain (2002), continuing with Tim Lincecum (’06), Madison Bumgarner (’07), and concluding with Zack Wheeler (’09). All of those gentleman made a ton of money throwing baseballs, and, with the exception of Wheeler, all possess three World Series rings. On the other hand…well, Kyle Crick (’11), Chris Stratton (’12), Tyler Beede (’14), Phil Bickford (’15)…

I could get pretty excited if the Giants drafted Tyler Soderstrom, Texas high schooler Robert Hassell, or UCLA’s Garrett Mitchell (bats), but I could also be enthusiastic about “the next Matt Cain” (Jared Kelley) or Cavalli (I guess–the scouting reports seem kinda meh to me).

In any event, I’m planning to cook up some dogs or brats or sausage and enjoy the draft. That may be all of the “dawn” we bereft baseball fans are going to get this year. I can hardly bear the thought, though. Lefty out.