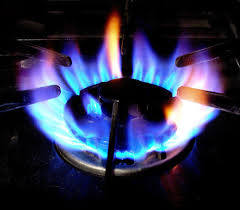 We are now three games through the 2020 World Series, and no matter how long it goes, this is the last weekend of the MLB 2020 season. Even if the series goes a full 7 games, it will be over by Wednesday, October 28. After Games 1 and 3, the easy call was that the Dodgers are going to win the series without breaking a sweat. But Game 2 also happened, and the Rays, I’m sure, don’t feel that they should be counted out.

Once the World Series ends, the clock starts ticking on various offseason, or “Hot Stove,” transactions.  Roger Munter, a Bay Area blogger who writes on Giants’ minor leaguers, published a great deep-dive article yesterday on the 40-man roster and implications for the upcoming Rule 5 draft. Also useful is the Cots Contracts site that shows the Giants’ current and future payrolls and where each player is with regard to free agency and arbitration.

The upcoming offseason is an extraordinarily difficult one to make predictions about. The COVID-19 pandemic has decimated the sport financially, and no one knows yet what the 2021 season will look like, specifically with regard to fans in ballparks and resulting revenue. We can assume, Mookie Betts’s deal notwithstanding, that teams are going to be extremely conservative at every level, whether it’s signing free agents or offering arbitration. It’s also difficult for teams to make trades involving prospects when a whole season of minor league baseball was wiped out. Finally, with a new collective bargaining agreement on the horizon (after the 2021 season), it’s hard to envision how the economic landscape might shift.

All that said, we only have what we know to work with, so let’s break it down.

The Giants currently have 38 players on their 40-man roster. In the same five days after the World Series ends, the Giants will have to add their injured players back to the 40-man roster or release them. These include Tyler Beede, Reyes Moronta, Aramis Garcia, and Joey Rickard. However, in that same period, their pending free agents* automatically drop off the roster (Cahill, Gausman, Smyly, Watson). So now we’re back to 38. But the Giants also need to add back Buster Posey and Jordan Humphreys, who are on the “restricted” list. So now we’re at 40.

In the meantime, the Giants have a huge list of arbitration-eligible players (see item #1 under “MyHotStoveGuys™ below). They also will have five catchers once Garcia and Posey are back on the roster. It seems unlikely that all of the arbitration-eligible players will be retained, nor will the Giants spend the winter with five catchers on the 40-man roster. But they will have to protect minor leaguers from the Rule 5 Draft before they decide about arbitration tenders (see timeline, above). Last year they chose not to protect any prospects on the 40-man roster, but it seems unlikely that they will let top-10 prospects such as Alexander Canario stay unprotected.

So…it’s complicated. Munter predicts that the Giants will protect Canario (an outfielder) and two right-handed relief pitchers (Camilo Doval and Tyler Cyr) from the Rule 5 Draft. All three were in the Giants’ summer camp in Sacramento, so that gives an indication of how highly those prospects are valued within the organization. Doval and Cyr both made it as far as being added to taxi squads for road trips or doubleheaders. And Lord knows the Giants need right-handed relievers. As to 40-man guys who may be released, he mentions Aramis Garcia, Tyler Heineman, Joey Rickard, and Chris Shaw as prime candidates for DFA, but there are other possibilities as well.

*I use Baseball Reference and Cots Contracts to check contract status on players, but they differ on the status of Darin Ruf. Cots has him as a free agent, but BR has him as first-year arbitration eligible. My guess is that BR is correct (if you look at games played and plate appearances–still under 1000 for his whole major league career), but I’m not entirely sure.

At this time of year, we usually run a “MyHotStoveGuys™” contest to keep ourselves entertained through the long offseason.  To enter, send HaakAway your answers by midnight on November 3. You can either reply to a HaakAway comment or email him at mysfgiantguy@gmail.com. It’s a short deadline because, as outlined above, things may start happening quickly.

Congratulations to Brandon Belt for being named a Gold Glove finalist at first base. He’s up against two former (multiple) winners, Anthony Rizzo and Paul Goldschmidt, so it would seem his odds are long, but maybe it’s finally his turn.  Enjoy what is left of the World Series, and if you’re not in Northern California (or even if you are), say a prayer for us. An epic windstorm is about to hit the area tomorrow, and fire danger will at its peak. Lefty out.