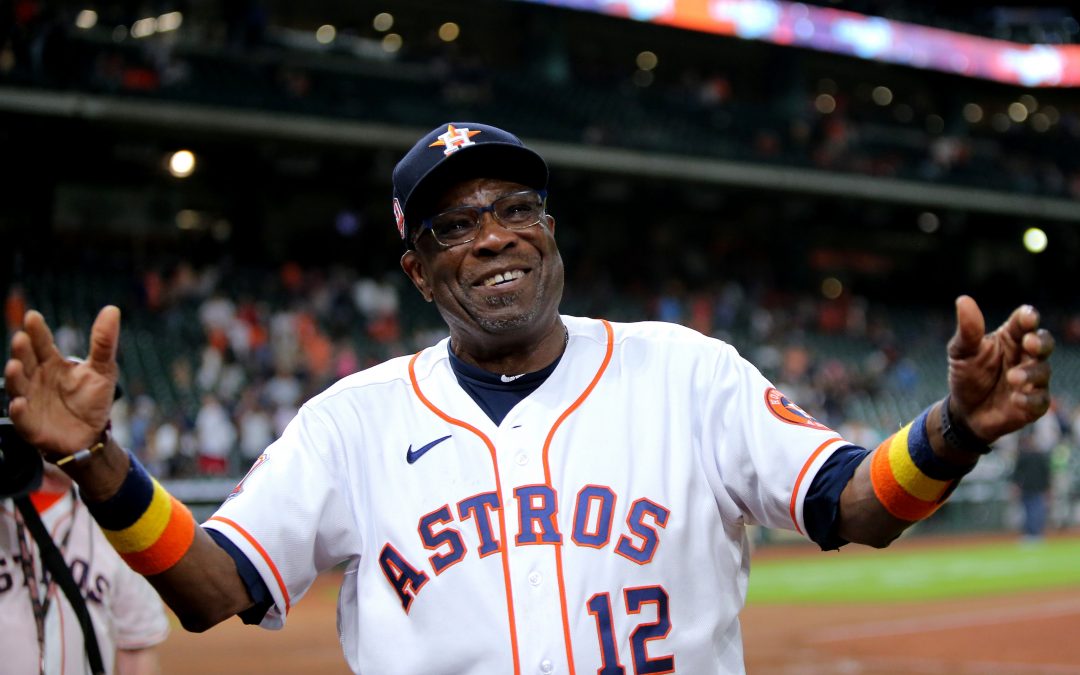 One way or the other, by tomorrow night, the 2022 baseball season will be done and dusted (Dusty Baker pun intended there). The Houston ballpark has a roof, so there will be no “inclement weather” postponements. MLB is hoping for a Game 6 closeout so that Game 7 isn’t up against the NFL tomorrow. But the 2022 season is almost a wrap.

I got into a discussion with a Facebook friend the other day after the Game 4 no-hitter. This guy is another academic and a few years older than I am. He was complaining about it being a combined no-hitter and Dusty taking the starter out and analytics are ruining everything, and rant, rant, rant. I gently replied that I thought it had been a great World Series so far:

I explained that I love baseball history, and a lot of it has been made or flirted with in this World Series. Game 5 even had its own bit of historical intrigue: Would Justin Verlander, one of the greatest pitchers of his generation, finally win a World Series start? It was a tight, tense game that felt like the outcome hung on every pitch, and in the end, yes, the great JV got the win, his first in nine World Series starts over four different seasons.

[Humorous aside: I don’t know if any of you also have had this experience, but for many years, MrLefty and I have joked that NBCS-BA must have our living room bugged (at two different houses!) because one of us will say something and then Mike Krukow or Duane Kuiper will say the same thing, just about word-for-word, 20 seconds later. Here’s what happened with Game 5.

Me, before first pitch: We’ll see if Justin Verlander can finally get off the schneid.

MrL, after final pitch: Verlander got off the schneid!

John Smoltz on Fox, 10 seconds later: And Justin Verlander gets off the schneid!

I mean…”off the schneid” isn’t your typical everyday expression, so what are the odds? Just saying.]

Speaking of Verlander, he also won the AL Comeback Player of the Year Award, which seems like a no-brainer.

"I believed in myself that I was going to come back and be the pitcher I was before I got injured." – @justinverlander
⁰🏆 Congratulations 2022 Players Choice Awards AL Comeback Player… JUSTIN VERLANDER 🏆
⁰@astros | #PCA2022 pic.twitter.com/w7L55gbdk6

Anyway, I do think it’s been a great World Series, and while I don’t see the Astros losing two more games at home, I’m not going to be stunned if the series goes the full seven games. But really, despite a spirited effort by the Phils, the Astros should have won the series in five games already (they should have won Game 1). The Astros are clearly the much better team, and their pitching is amazing. And if it goes like that, I for one will be very happy for #ForeverGiant Johnnie B. (Dusty) Baker.

What Happens Next (especially for the Giants)?

Although I’ve been enjoying the postseason, especially the World Series, I’ve also been impatient for it be over because this is a critically important offseason for the Giants. Here are some milestones/deadlines to be aware of:

World Series ends: Teams must decide about any team options on players’ contracts and add players from the 60-day injured list back to their 40-man roster. Players with player options must also decide if they are going to exercise those options. Teams also have until five days after the World Series ends to extend qualifying offers to any pending free agents.

What this means for the Giants:

What this means for the Giants: The aforementioned Longoria, Rodón, Alvarez, and Belt will be free agents (assuming the options go as discussed above). Joining them will also be Joc Pederson, Shelby Miller, and Dominic Leone. It also means that the Giants can start signing people, so I’m fully expecting my column next week to be all about our new right fielder.

Two big November deadlines: Nov. 15 is when teams must add prospects to their 40-man roster to protect them from arbitration, and Nov. 18 is when they must offer arbitration to their eligible players (or work out a new contract or non-tender/release them).

What this means for the Giants: A lot. I broke this down as something of a math problem in my column a couple of weeks ago–so many spots on the 40-man roster, so many prospects needing protection, so many players up for arbitration. Maria Guardado of MLB.com had a new article on this topic a few days ago, and…it’s complicated. It should be a very active few weeks before these two important dates, and we’ll know a lot more by then about such burning questions as: Where does Tommy La Stella fit? Is LaMonte Wade Jr. a one-hit wonder who will be non-tendered, or is he the left-handed side of a first base platoon next year? And so forth.

It’s really hard to peg all this, and I’m not going to belabor it today, but we’ll have a lot to talk about in the coming weeks.

I’m not sad about this season being over, even though I’m with Rogers Hornsby on hating the offseason. It started with a lockout that ended just too late to save our spring training trip. For Giants fans, it was disappointing and troubling about the overall direction of the organization and hopes for the future. (But props to Crawnik for helping us remember with his weekly retrospectives on each month of the season that there were some bright spots!) When the best thing you remember about a baseball season is “well, at least the Dodgers lost, too,” that’s a sad state of affairs. (But c’mon, it really was awesome when they got knocked out in only four games of their first round!) With the World Series ending, it will soon be the beginning of the “Hot Stove” season. For the past few years, great TWGer HaakAway has run a little contest in which we predict different offseason moves regarding free agency, trades, extensions, the Rule 5 draft, and players being offered arbitration. This year we have a slick Google Forms interface that makes it really easy to submit (and edit) a ballot. Winner gets bragging rights and the iconic MyGuy™ pin.

Here’s the link if you’d like to enter. Deadline is Sunday, Nov. 14, by midnight (California/PST). We have 18 entries as of today and would really like to get to (at least) 24!

Enjoy the last gasp of baseball this weekend and, of course, college football for those of you who partake. Lefty out.