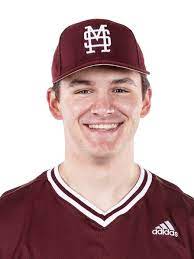 Today was supposed to be the first day of spring training games. When you look on the MLB At Bat app, it skips right from November 2021 to March 8, 2022, ignoring games that were supposed to played from Feb. 28-March 7. The Score app, which is not controlled by MLB, sees it differently, listing all of today’s games as “Cancelled.”

We’re supposed to fly to Arizona on Friday, March 11, and our first game at Scottsdale would be Saturday, March 12. We haven’t cancelled the trip yet, but things are not looking good at this point. Yes, there appeared to be some glacial progress in labor negotiations between MLB and the players’ union this week, but it doesn’t sound like a deal will get done quickly enough to save our trip. Will Opening Day happen as planned? We’ll know more in a few days.

‘Tis the time of year when various outlets publish their “top-100 prospects” lists and/or their “top 20 or 30” for a specific team. Though most evaluators think the Giants have a strong farm system now, it was a head-scratcher that Baseball America ranked the Giants #17 (bottom half), Baseball Prospectus ranked them #2, and Keith Law of The Athletic ranked them #9. Grant Brisbee wrote an insightful piece a couple of weeks ago about this. The TL:DR version is “Different sources value different things” (e.g., high ceiling talent vs. lots of depth).

Anyway, this week’s contribution was a top-100 (or rather, top 114) list from Fangraphs. The Giants have six players on the list (going down to Joey Bart at 113), which is good, right? The interesting thing about this list is that the top 5-6 are not the same (or in the same order) as on the other lists.

You can read the Fangraphs scouting reports on all six by using this link. Honestly, the write-ups are a bit underwhelming and disappointing. For example, they peg Harrison as a likely back-of-the-rotation starter and have close to given up on 2017 and 2018 first-round picks Ramos and Bart. It was nice to see three Giants in the top 40, and it was a bit surprising to see Bailey on the list at all, but they explained that a strong finish to an overall disastrous 2021 (his last 25 games with San Jose, Arizona Fall League) put Bailey back on the map, especially considering Buster Posey’s retirement and a AAA season from Bart that was just OK. It was also disappointing not to see a single 2021 Giants draftee on the list, not even first-rounder and College World Series MVP Will Bednar, even though other teams had their 2021 top picks appear on the list.

This week’s Giants Talk podcast featured an interview with Bednar, who’s in Scottsdale for minor league camp. He seems like a nice young man who is not overwhelmed by his surroundings–after all, he just played in the College World Series, and his brother is already in the major leagues (David Bednar of the Pirates). Will sounded enthusiastic, confident, and level-headed. It will be fun to see how he comes along this year.

Listening to Will and thinking about the Fangraphs’ rankings led me down the road to how the Giants have done in the draft in recent years. I actually went back and did a chart for ten years (2012-21), but it got too big, so I cut it down to the most recent five years (2017-21). The first two drafts were the last ones of the Bobby Evans regime, and the most recent three were under the leadership of Farhan Zaidi. Here are just the first and second round picks from 2021 back to 2017.

If you compare this list to the top 6 prospects from Fangraphs, you notice that Ramos, Bart, and Bailey (first-rounders in 2017, 2018, and 2020, respectively) made the list. The other three names include two international signees (Luciano and Matos, both from the Evans regime) and a 2020 third-rounder, Kyle Harrison.

It’s been a weird couple of years for minor leaguers (to put it mildly), but so far, with the exception of lower-round picks from 2020, the Giants’ recent drafts have been underwhelming, regardless of whether they were piloted by Evans or Zaidi. I will note that Keith Law, in his top-20 list for the Giants, likes Casey Schmitt a lot. The fact that it’s 2022 and no one from the 2017 or 2018 drafts, except for Bart, has yet played in the majors seems…not very impressive to me.

Now, it’s also fair to note that the Giants have top prospects like Luciano, Matos, and Aeverson Arteaga who were international signees, not draftees, and that some of the Giants’ lower-round picks have shot up the rankings. Harrison doesn’t exactly count here–although he was a third-round pick in 2020, he was considered a first-round talent who would have to be bought out of his UCLA commitment. But it appears that the Giants have hit it pretty well by shopping in the bargain aisle for RJ Dabovich and Ryan Murphy (2020 4th and 5th rounders).

Bishop badly needs a bounce-back year, and fellow 2019 first-round draftee Will Wilson does, too. At the time Zaidi pried Wilson away from the Angels by taking on Zack Cozart’s dead money before the 2020 season, he was lauded as being very clever. At the moment, that’s looking like $12 mil down the drain, but Wilson could still turn things around.

Given COVID and lost years of development in 2020, it’s too soon to judge whether Zaidi and his staff are good at drafting or just as mediocre as Bobby Evans was. In my opinion, the jury is out on that one. I was disappointed when the Giants passed on big-name prospects to draft Bailey and Bednar, though I understood it more with Bednar–the Giants desperately need top-shelf pitching talent in their system.

We will see in the next few years if the Giants’ internal talent evaluations and player development systems yield a bumper crop on quality homegrown major leaguers. That’s what everyone is expecting, right? Fingers crossed.

Finally, our hearts go out to the Kuiper family following the unexpected passing last Sunday of Michelle Kuiper, Duane’s wife and Cole’s mom. She was only 64.

The Giants just put out this statement from the Kuiper family, Michelle Kuiper passed away on Sunday. Condolences to Duane, Cole, Dannon and the whole Kuiper family ❤️ pic.twitter.com/dowVPP5UpA

The Kuipers have had a rough year with Duane’s illness and now Michelle’s passing. Thoughts and prayers to the whole family. Lefty out.