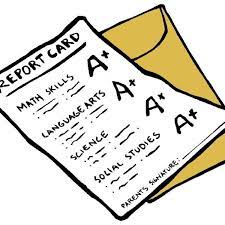 Last night’s Giants game marked the halfway point of their season, and just like we all predicted back in March, they were led to their 51st victory by Steven Duggar, LaMonte Wade Jr., and Thairo Estrada. Seriously, that was an amazing debut game by Estrada, and if I were Mauricio Dubon, I might be…a little concerned.

Anyway, it was a great game and nice to see the Giants get back to their winning ways as they wrap up the first half. So you all know I’m a professor, and it’s time for some midterm grades! [NOTE: I’m excluding a few guys who just haven’t played enough yet to be “graded,” like Estrada and Brebbia and most of the bullpen. I didn’t forget about them–just couldn’t fit in every single guy.]

“A” is for excellent

Several of these players are on this list because of limited sample sizes due to being bench/platoon players and/or starting the season in the minors.

I know everyone wants to reunite the Rogers brothers but I wouldn't blame the Twins for ignoring every phone call from San Francisco with the way LaMonte Wade Jr. is playing.

The Giants obtained Wade in a February trade in which they sent right-hander Shaun Anderson to the Twins. Anderson has been DFA’d twice in the last month. There’s a reason why a substantial portion of the Giants’ fanbase lost its s*** a couple of weeks ago when Wade was demoted to AAA despite playing great for the Giants. As it turned out, Wade was with the River Cats for about five minutes before Brandon Belt was injured.

UPDATE: #SFGiants are 18-7 when LaMonte Wade Jr is in the lineup 😯

There are confounding variables–the Giants have been playing much better against right-handed pitchers, when Wade would be starting–but he’s brought an undeniable spark to the top of the lineup. He might be a sleeper candidate for the Willie Mac Award, though he’ll have plenty of competition this year.

There are a couple of players who have been good at moments and bad at others.

“D” is for Dickerson, Donovan, Dubon, and Disappointing

This category is self-explanatory, with Austin Slater falling into the “Disappointing” category, too. Dubon’s struggles landed him in AAA this week. It was nice to see Dickerson’s bat speed on his homer last night, but his 89 OPS+, .686 OPS, and -0.3 bWAR can’t be characterized as anything but disappointing. And on a team where outfield defense has been a strength, his bat needs to keep him on the roster. As for Solano, a 94 OPS+ and a 0.6 fWAR isn’t terrible, but after his Silver Slugger season last year, it’s hard not to compare. Solano, like Dickerson, is not an asset with his glove, though he’s been better defensively this year than he was last year.

“F” is for fuhgeddaboudit

“I” is for “Incomplete” and “Injured”

A+ for the Front Office/Management/Coaching Staff

I don’t care what Gabe Kapler or the veteran players say about how they knew they had a good team even in spring training. NO ONE predicted that they’d be at the halfway point of the season in first place, still holding the best record in MLB, leading the majors in shutouts, and LEADING THE MAJORS IN HOME RUNS (!!!).

Farhan Zaidi and Scott Harris deserve a lot of credit for building a deep and versatile roster that has been able to weather, so far, a huge number of injuries (second-most in the majors) as well as underperformance–most notably, being able to dip into AAA to reconfigure a bullpen that was, but is no longer, the weak link of the team. I’d say the most credit, though, goes to Gabe Kapler and his coaching staff, who are clearly doing a great job of getting the best out of (most of) their players and preparing them well with a great game plan.

A year ago today, we hadn’t yet seen a single baseball game in 2020. I mean, I was writing about Friday night sim games! Even if the Giants had finished the first half at 30-51 instead of 51-30, I’d still be so profoundly grateful to have the gentle rhythm of a baseball game every night in my spring and summer routine again. That the Giants have been likable, exciting, inspiring, and really, really good is a tremendous bonus that, after COVID and after four years of losing baseball, we shouldn’t take for granted. Here’s hoping for great things in the second half, too. Lefty out.

/Gotta bring this one back, of course.