New Chefs in the Kitchen–Now They Need Ingredients 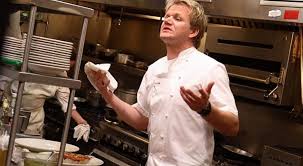 We are now about five weeks into the MLB offseason. Compared to the last two years, it’s been pretty busy and active so far. We’ve already seen the first nine-figure contract ($118 million to #NeverGiant Zack Wheeler). Three of the top-ten free agents according to one tracker have already signed new contracts (Wheeler, Yasmani Grandal, and Cole Hamels), as have #11 Mike Moustakas and #17 Will Smith. There have also been several significant trades, including the one just yesterday that sent Tommy Pham to the Padres, with Hunter Renfroe going to the Rays. Meanwhile, some 40 new free agents hit the market as of Monday when their teams non-tendered them, including Kevin Pillar.

This is all to say that the Winter Meetings, which start tomorrow, are shaping up to produce a flurry of news–signings and trades. It could be an interesting week.

Ecker is a NorCal guy, having played and later coached at Los Altos High School. He also attended Long Beach State, where he actually was a teammate for a year of Evan Longoria. At 33 years old, Ecker is six months younger than Longoria and barely a year older than Buster Posey and Brandon Crawford. Ecker has risen quickly, going from high school coach in 2012 to player development staff for the Cardinals by 2015, and assistant hitting coach for the Reds by 2019. The Reds had promoted him to “Director of Hitting” before the Giants poached him away. Former Giant and current Reds manager David Bell had this to say about Ecker (from Henry Schulman’s article):

“The Giants organization is getting a good one, just a great person, super-talented in what he does — just the understanding of the swing, understanding of how the body works, but he’s also really well-balanced in his approach in all facets of hitting,” Bell said.

“It’s all about Donnie’s style and his delivery and his ability to communicate. He has such a great understanding. Part of what makes him good is, he can take pretty complex ideas and simplify them for the team.”

I’ve been thinking about what Ecker’s hire means going forward, together with former hitting coach Alonzo Powell leaving for Japan and some comments I heard from Gabe Kapler in an interview this week with Schulman. Kapler mentioned that he’d already been communicating with some younger Giants players about swing and approach adjustments. While he declined to give too many details, one name he did mention was Jaylin Davis. Schulman followed up that comment by asking whether Kapler might talk to “legacy players”–Posey, Crawford, Belt, Longoria–about changes as well. Kapler did not want to go there, citing his respect for the prior success of these players, but Schulman asked David Bell about whether Ecker would be able to help veteran players on the Giants in addition to younger guys.

The challenge Ecker and his fellow hitting coaches will face is convincing older players such as Posey, Longoria, Brandon Belt and Brandon Crawford to buy in.

Bell had an answer for that.

“As a young, middle or older player, I wish I would have had a lot of information I have now, and a lot of that I learned from him,” Bell said.

It’s natural to feel some skepticism about whether a hitting coach can make a difference. After all, Alonzo Powell came from a successful Astros team (the 2017 World Series champions) and spent two underwhelming years as hitting coach of the Giants. What would Powell say about his tenure in San Francisco, if he were being honest? Would he say that he had too many veterans stuck in their ways to make much of a difference?  In addition to the four “legacy” guys still with the team, Powell also had to deal with established veterans Hunter Pence, Joe Panik, and, more briefly, Austin Jackson and Andrew McCutchen. And the younger “talent” Powell was asked to bring along included AAAA guys like Mac Williamson (also reportedly resistant to change) and waiver-wire lottery tickets like Connor Joe, Michael Reed, Mike Gerber, and I forget who all else. So maybe it’s fair to say that Powell never had much of a chance to succeed because he had too many stuck-in-their-ways veterans and too few younger players with real talent to bring along.

Putting all this together, we come to the surprising and controversial non-tender of Kevin Pillar this week, ostensibly because they want to “let the kids play” (Davis, Steven Duggar, etc.). I have to note an irony here. For the last few years, fans have been screaming for “the kids” rather than washed-up complacent veterans, and now that Farhan Zaidi has made a “play the kids” move, fans are unhappy about that, too. But I digress.

I think the master plan, if there is one, is to give a new coaching staff as much young, moldable talent as possible. Pillar had something of a career year at the plate for the Giants, and at age 31, he’s more likely to get worse than better. Because the Giants had no ongoing contractual commitment to Pillar, non-tendering him was an easy way to open up opportunities, not just for the younger players themselves but also for the new young hitting guru to make an impact–in short, by having one fewer established veteran cluttering up the picture.  The key, of course, is for Zaidi, Harris, and crew now to provide “Chef” Ecker with some “quality ingredients.” Maybe those include guys like Davis and Mauricio Dubon, even older guys still on the fringes like Alex Dickerson and Mike Yastrzemski. Most likely, though, they also include more diamonds-in-the-rough types who are yet to be obtained. It may also include further cleaning out of the past-shelf-date “ingredients” from the “pantry.”  We shall see.

Until this week, I’d never heard this “director of…” title, and now I’ve heard it twice, with Bannister and with Ecker (“director of hitting” for the Reds). I assume this means that they are department heads for player development in those specific areas. An article by Alex Pavlovic on Bannister’s hire spells this out in more detail. Adding further fuel to what I just said about Ecker, Pavlovic notes that

The Giants have been looking to put together a unique staff, one that can focus on development of younger players in Kapler’s first year. In that respect, Bannister fits perfectly, but he also has the playing experience that carries so much weight with players who prefer traditional methods.

Bannister already lives in the Bay Area and was born in Scottsdale. He went to USC for college and was third in AL Rookie of the Year voting for the Royals in 2007. He is a second-generation major league pitcher; his father is All-Star Floyd Bannister. Interestingly, in addition to his baseball career, he is an avid and accomplished photographer with a degree in fine arts from USC. He will be 39 years old in February.

Bannister has a different landscape than Ecker does. While Ecker may be hampered somewhat by the veterans still on the Giants’ roster, he can look forward to top-hitting prospects in the pipeline to work with, particularly Joey Bart and Heliot Ramos, both of whom could reach the Giants as early as 2020. In contrast, the Giants do not have many exciting pitching prospects in the system at the moment. One, Logan Webb, has already reached the majors; it will also be interesting to see if Bannister and his staff can do anything to help Tyler Beede settle in as a consistent major league pitcher. Other than those two, there is 2018 second-round pick Sean Hjelle, who reached AA in 2019, and breakout lefty prospect Seth Corry, who spent last season in Augusta. From the recent Fangraphs top-prospects list, other names of possible note are Gregory Santos (obtained in the 2017 trade for Eduardo Nunez), Tristan Beck (a Stanford product received in the Mark Melancon trade), and the two youngsters who came along with Davis in the Sam Dyson trade (Kai-Wei Teng and Prelander Berroa). But I’d say that we should keep an eye out for more acquisitions of young pitchers as the offseason moves along to give “Chef Bannister” some new ingredients.

So far we know that Ron Wotus will return as third-base coach and that Ecker will be the hitting coach. Former bench coach Hensley Meulens has accepted a lateral move to the Mets, Alonzo Powell went to Japan, and bullpen coach Matt Herges is now the pitching coach for the Diamondbacks. So the Giants still need pitching coaches and a bench coach, and there hasn’t been a word yet about first-base coach Jose Alguacil. From what the beat writers are saying, we should expect more coaching staff announcements quickly. Might Ryan Vogelsong have a bigger role? Will River Cats manager Dave Brundage end up on the major league staff?  What about rising young manager from Salem-Keizer, Mark Hallberg (also known as a college teammate of Buster Posey)?

OK, but what about that empty “pantry”?

So an energetic and forward-thinking staff is great. But they need players to coach. And with confirmed departures (Smith, Vogt, Pillar) and rumored ones (Bumgarner), the Giants have a lot of holes to fill. Who will comprise the back end of the bullpen? Who will be playing centerfield? Who will be the backup catcher?  Who will be the Opening Day starter throwing to Buster Posey?

There have not been too many rumors about players the Giants are actually interested in yet, but here’s a round-up of a few of them.

That’s not really very much news compared with (for example) the very active Padres and Braves. The Castellanos rumor appears to have the most legs.

Baseball’s Winter Meetings will be Dec. 8-12 in San Diego. The Rule 5 Draft is on Thursday morning. There should be lots of news–will any of it be about the Giants?  What will the new chefs be cooking with?  Stay tuned. Lefty out.