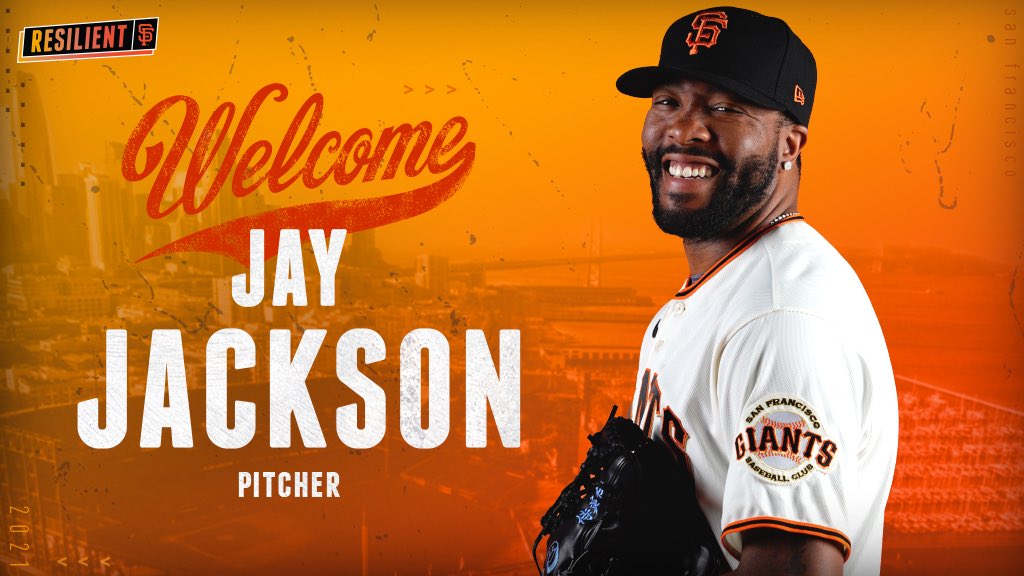 And in the first game out of the 2021 All-Star break, the San Francisco Giants were propelled to victory when a three-run homer by LaMonte Wade Jr. broke a 1-1 tie. The winning pitcher was [checks notes] Jay Jackson, making his Giants debut.

There was more to it, of course. A red-hot Mike Yastrzemski got the Giants on the board with a third-inning solo homer and then put the game out of reach with a three-run shot in the seventh inning. We are still wondering why the Cardinals manager thought it was a great idea to bring in T.J. McFarland with one out in the seventh and Yaz on deck. Yaz is now 9-10 with 3 homers, 2 doubles, and 8 RBIs against McFarland. They were so scared to have a righty face Wade Jr. that they risked having McFarland face Yaz??

Logan Webb started in place of Kevin Gausman, whose wife was hospitalized with pregnancy complications, and Webb was solid (4 innings, 60 pitches, 1 run). Buster Posey was still not ready to come off the injured list, but Curt Casali did his best Posey impression with a single and double. (Casali now has a better batting average than Alex Dickerson or Austin Slater, and at .230 he’s only eight points behind Yaz. He has a .923 OPS over his last 15 games, and he says “take that, Haterz.”)

Before we move on from last night’s game, let’s spend a minute on Jackson, the winning pitcher. I had to go digging into Google to learn that the Giants signed him in the offseason (here’s an unenthusiastic article about it from McCovey Chronicles). Jackson has a Ryan Vogelsong-esque resume that includes (multiple) stops in Venezuela, Mexico, and Japan, along with a long list of DFAs/”becomes a free agent” entries on his Baseball Reference page.

I mean…this is a Journeyman in every sense of the word. I take it he must have been injured for awhile because I don’t remember him in spring training, and he didn’t appear in a game with AAA Sacramento until June 18.  After pitching very well in 8 appearances with the River Cats (0 runs, 3 H, 18/3 K/BB in 11 innings), he was added to the 40-man roster and called up for last night’s game. He was promptly inserted at a tense point of the game: The Giants were up 7-2, but the bases were loaded with two outs, and it felt like things could get out of hand quickly. Jackson threw about nine sliders in a row but then froze Harrison Bader with a 3-2 fastball. Holy Sergio Romo, Batman!

Since it was a bullpen game for the Giants, the official scorer decided that Jackson (who went on to pitch a scoreless eighth) deserved the win. He seems happy about all this.

Just having fun with the boys. Glad to be back and thankful. 🙏🏾🙏🏾🧡🖤#insmileswetrust #SFGiants ##thankful https://t.co/Srwikr6KuW

So…the Zombies just keep Zombying. No Posey, no Longoria, no Belt, no Gausman…no problem. Some guy most of us never heard of until this week gets the win for a first-place team in July. Love it!

The Giants are currently second in MLB in team ERA and third in starter ERA, and they’re behind the Dodgers in both stats. However, bear in mind that a guy who isn’t pitching for the Dodgers right now was responsible for more than 20% of those starter innings. The Giants are tied with Toronto for the MLB lead in home runs with 135 and have a substantial lead over the Braves for the NL lead.

If Webb can get stretched out and take his regular turn in the Giants’ rotation, that will help a lot. Alex Wood has had an excellent July (OK, two starts) after a miserable June. The ability of those two guys to stay healthy and contribute innings may be a major X factor in how the rest of this season goes. Cueto has been erratic, and the other fifth starter possibilities–Sammy Long (injured), Aaron Sanchez (injured), and Tyler Beede (yeccchhh) are not encouraging. OK, throw in Scott Kazmir, I guess, but–despite the overall track record of the rotation and the team, this is a bit too thin to feel comfortable with. I still think the Giants should try to add a reliable starter at the deadline if they can. Doesn’t even have to be a star–just someone who can stay healthy and eat up some innings.

This is a good matchup. Kim, a lefty, pitched seven scoreless against the Giants on July 5. The Giants need the right-handed side of their lineup to step up better than they did the last time they faced Kim.

Everyone’s been saying it all week: These next couple of weeks are critical for the Giants’ season. Last night was a great start, and as several astute commenters noted last night, it broke the “curse of 2016,” when the Giants went into the All-Star break with the best record in MLB and came out of it with a six-game losing streak. Not this year, baby, not with those Giant Zombies marching along. Lefty out.