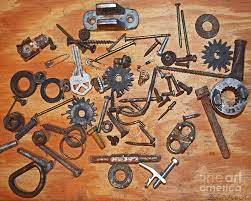 These next couple of weeks are a bit of a lull in the Giants news cycle–we’ve passed the end-of-season postmortem press conference, but since the playoffs are still going, it’s too soon to talk about free agency, the Winter Meetings, and so forth. But there have been a few interesting things going on, so today’s column is a bit of a dump of things I’ve heard about and thought about this past week.

When I wrote my last column a week ago today, we were headed into an epic day of postseason baseball (not to mention college football), and it did not disappoint. First up were the Braves and the Phillies, and buh-bye Braves, but also a first: a catcher (J.T. Realmuto of the Phils) hitting an inside-the-park home run in a postseason game. We were in the car and heard it on the radio, and we immediately both said, “That CAN’T have ever happened before”–and indeed, it had not. We were eager to see if the Braves’ rookie center fielder had misplayed it, and when I saw the video, I thought not really. It took a crazy bounce similar to the one Angel Pagan got in right field when he hit his walk-off ITPHR in 2013.

INSIDE THE PARK HOME RUN FOR J.T. REALMUTO ARE YOU SERIOUS pic.twitter.com/5TBD6ejtyo

Anyway, that win in Philly knocked out the defending World Series champions in four games. Then we were on to the Houston-Seattle game, which went scoreless until the EIGHTEENTH INNING, bringing back all kinds of memories for Giants fans. Like that game in Washington D.C. in 2014, the game featured a studly extra-innings pitching performance (Luis Garcia, who pitched five innings and got the win) and a solo homer in the top of the 18th by Jeremy Pena. The Giants’ heroes in their 18-inning postseason road win were Yusmeiro Petit (six shutout extra innings, all sudden death) and Brandon Belt, who hit the winning homer. The third game was the Yankees-Guardians game, and for the first time in the Yankees’ franchise history, they lost a postseason game that they led by two runs going into the ninth, as the Guardians stunned them with a three-run walk-off win. This pushed the Yankees to a decisive fifth game, but alas, the Guardians could not pull off the upset. However, a rainout and the fifth game meant that the Yankees had no days off before facing the Astros in the ALCS. The Astros are already up 2-0 in that series, and I sure wouldn’t bet against them to go all the way this year. So before we even get to the Dodgers last Saturday, history had been made on several counts, and if the Astros and Mariners could have gone one more inning, they would have broken the record for the longest extra-inning game. It was an amazing day of baseball–and the best was yet to come.

The final game was Game 4 of the Dodgers-Padres NLDS series, with the Padres leading the series 2-1 and looking to finish it off at a rocking Petco Park with their best pitcher, Joe Musgrove, taking the ball. The Dodgers had an early 3-0 lead, and it looked like they were going to escape the upset threat and take the series back to Dodger Stadium for a Game 5, which you just knew they would win. But then the seventh inning happened…the magical, magical seventh inning. The Padres rallied for five runs in a strange inning that featured odd bullpen choices, a pitching change after an at-bat had already started, and an uncontested stolen base by Juan Soto that instantly–I mean, within seconds–led to an extra run for the Padres. The discombulated Dodgers didn’t even get a base runner in the last two innings, and Josh Hader closed out the game with nasty-looking strikeouts of three of the best hitters in the game (Mookie Betts, Trea Turner, and Freddie Freeman). It was glorious. I was SO happy. I’m still happy.

The craziest stolen base of Juan Soto's career (shuffling to second base) results in the Padres scoring an extra run on Jake Cronenworth's single.
Padres up 5-3 in the seventh.
They trailed 3-0 at the start of the half-inning.

Maybe it’s because I hate the Dodgers so much that I have almost perfect recall of other decisive postseason losses in which the turning point was in the seventh inning:

This week, I listened to Alex Pavlovic’s interview of Pete Putila, the newly hired Giants’ GM. Honestly, it wasn’t that compelling–Putila had been on the job about three days and didn’t have much to say about the Giants’ organization yet, despite specific questions from Alex. But what struck me was something Alex said in introducing the interview. We all think and talk about Dodgers, Dodgers, Dodgers–they’re our rivals, they’re in our division, they’ve made 10 straight playoff appearances, and they seem like they’re going to be dominant forever. (Have I mentioned how much I hate them? I’m sure I’ve mentioned it.)

Anyway, it’s the Astros, trash can scandal aside, who have actually done a kick-ass job of building sustainable dominance. This is their sixth straight appearance in the ALCS, including 2020, in which they actually had a losing record in the “regular” season (29-31, just like the Giants that year). And nearly their whole team now, position players and pitchers, is homegrown. They’ve done a fabulous job of drafting, developing, and deploying young players. Putila talked about how the COVID shutdown in 2020, followed by a short season with no fans in ballparks, actually allowed the Astros to push the reset button after the scandal, graduate some youngsters to the major leagues, and move past 2017. It’s interesting that they also let two homegrown players, George Springer and Carlos Correa, walk when they entered free agency.

The Giants’ immediate future–the next few years and beyond–is very likely going to rise and fall with how their young players develop. Besides the homegrown guys on their current team, the Astros have also leveraged great prospects to make amazing trades over the years–for Justin Verlander, Zack Greinke, and Gerrit Cole, to name just a few. On a different Giants Talk podcast, Alex and Cole Kuiper were talking about the Arizona Fall League and how Luis Matos is doing well there after a bad season in Eugene. Alex made the observation that Matos could be trade bait at some point–he might have been when the Giants were trying to make a deal for Juan Soto in July–and a strong performance that restores some of his previous prospect luster could help them use Matos as a trade chip. The Giants are kind of loaded with CF prospects at the moment. Two of their best 2022 performers, Grant McCray and Vaun Brown, are both CFs, and really good ones. 2019 first-rounder Hunter Bishop is also a CF.

So taking all of this together, it seems significant that the Giants hired Putila, who spent years in player development with the team that has arguably done the best job in baseball over the past ten years in developing prospects. That’s exciting.

Two other things strike me about Putila’s hire: (1) Farhan Zaidi was the Dodgers’ GM when the Astros’ cheating cost the Dodgers a fair chance at winning a tightly contested World Series in 2017. If he thought Putila was implicated in that mess, I can’t imagine he seriously would have considered hiring him (twice–he was a finalist when Scott Harris got the GM three years ago). (2) One of the worst Dodger trades in recent years was when Zaidi sent young stud Yordan Alvarez to Putila’s Astros for some schmoe middle reliever. It speaks well of Zaidi that he doesn’t harbor a grudge about that, either.

Bruce Bochy is back in the saddle!

We all wish Bochy well, of course, but him coming back raised some hard feelings among the Giants’ faithful that Bochy was pushed out after the 2019 season so that the new regime led by Farhan Zaidi could hire their own people. It’s hard to say whether “pushed out” is exactly the right term, but it seems likely that Bochy, an old-school baseball guy, wasn’t especially a great fit with Zaidi’s heavily analytics-oriented approach to the world. Grumbling ensued on Twitter about a beloved manager being given the bum’s rush and “now we have weird Gabe Kapler, instead,” but someone posted this reality check, and I think it’s worth sharing.

Kapler’s first 3 seasons with SF have been better than Bochy’s last 3 by quite a significant margin, and he did it with virtually the same core group of guys Bochy had in their prime.

We all love and admire what Bochy was able to accomplish as manager of the Giants, but it was clear by 2019 that the game had passed the Giants by. The Giants’ record in the last three years of Bochy’s tenure would have gotten most managers fired–and as this Tweet points out, the Giants were failing with the same core of guys (Posey, Crawford, Belt, Longoria, and others) with whom Kapler and his team achieved incredible success in 2021 and a 110-112 record in the other two seasons. It was time for a change, and Zaidi’s hire provided the Giants (and Bochy) with cover to move on.

So we wish him well, but I for one don’t wish him back. MLB Trade Rumors immediately published a rumor that the Rangers will pursue Carlos Rodón in free agency, and it will be interesting to see which of the following names end up in Arlington with Bochy: Madison Bumgarner (the Dbacks want to trade him), Clayton Kershaw (free agent, and it’s his home town), Brandon Belt (see Kershaw), and Ron Wotus (retired, sort of–seems like he’s always still around). Tim Flannery says he’s not coming back, even though he did so when Bochy left the Padres and began managing the Giants.

So those are my musings on this lovely fall Saturday. By next Saturday, we’ll know who’s going to be in the World Series (as of this time of writing, the Phils are up 2-1 in the NLCS, and the Astros are up 2-0 in the ALCS). I think it’s going to be the Phils, who just kind of have that look about them, and the Astros, who just seem to know how to win. As a final note, I’m also grateful to the 106-win top-seed Astros for being very successful (5-0) in the postseason so far because it’s a great counterpoint to all the whining coming from Mets/Braves/Dodgers fans and media about the playoff format and how wrong it is that three 100-win teams were all bounced out of the tournament early. If you hear anyone saying “well, the bye threw them off,” or “it’s not fair that such a good team has to play a short series,” just point to the Astros and laugh at them.

Enjoy the weekend, stay safe out there (winds/fire/power outages), and see you next week. Lefty out.