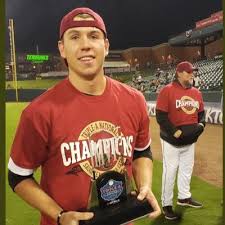 On Wednesday, November 20, at 5 p.m. Pacific time, the deadline for adding players to the 40-man roster to protect them from the Rule 5 Draft came…and it went, without the Giants lifting a finger. They needed THREE SFG* geniuses (Scott, Farhan, Gabe) to do NOTHING?

*I can’t take credit for the “SFG” moniker. I read it somewhere this week and can’t find it again. If anyone knows, I’ll edit the post to include the source. EDIT: hat-tip to 12xu. Thanks for Ryan for remembering!

Several teams including the Giants did not make any 40-man additions to protect eligible prospects from the Rule 5 draft. This reflects what we saw going back to July. Teams forecasted their roster squeezes and in many cases dealt players they otherwise would have to protect.

I’m not sure I remember the Giants trading anyone like that in July–weren’t they trading off the major league roster at the deadline (Pomeranz, Dyson, Melancon, Black)? But OK, whatever, I guess. Melissa Lockard, whose main beat is to follow Giants and A’s prospects for The Athletic, thought that the Giants would have “difficult decisions” to make before this deadline. But I guess “none of the above” makes things easy, and maybe SFG are bonding on a golf course or sunning their…never mind, I digress.

Let’s break this down further.

Before the deadline, it sure seemed like there were some cuts that could have been made from the current 40-man roster to protect a few prospects. Quick, tell me everything you know about Rico Garcia, Trevor Oaks, Burch Smith, and Wandy Peralta. Too hard? OK, tell me anything you know about any one of them. I have a little more name recognition with Joey Rickard, who never made any kind of impression on me as a River Cat or a Giant, and with Kean Wong because he’s Kolten’s brother. But it would seem that any or all of those guys could have been cut and we wouldn’t have missed them. And yet they’re all #StillGiants. Don’t get too comfy, #StillGiants. You work for a churner.

There are four players on the Giants’ top-30 prospects list on MLB.com who are Rule-5 eligible, and all were (obviously) left unprotected: Gregory Santos (#12), Sandro Fabian (#16), Franklin Labour (#20), and Ricardo Genoves (#22). Now, let’s remember one important thing: The fact that a player’s (a) available and (b) talented doesn’t mean (c) that he’ll necessarily get picked in the Rule 5 Draft. Since the claiming team must keep him on the 25-man roster the whole season or offer to give him back, you would think they’d focus on grabbing players who are at least somewhat close to being major-league ready. For example, the Giants lost Joe Biagini, a starting pitcher who’d had a fine year in AA, in a Rule 5 Draft before the 2016 season. Toronto put him in their bullpen, and he had a nice season for them. He is still with Toronto. So that’s the kind of flyer teams will take.

So of our four guys, only one, Fabian, has played above Augusta (40-some games for the San Jose Giants this season). They are so far from the majors that it seems unlikely any team could envision them on the 25-man (oops, 26) roster for the whole 2020 season. Santos is the best prospect of the four, and not only is he still in Augusta and just barely out of his teens, but he also missed most of last season with a shoulder injury.

This is to say that the Giants probably don’t think there’s a huge risk of actually losing any of those guys.

The next tier down are players who are not top prospects but who are good enough to take a look at and close enough to the majors to take a risk on–the next Joe Biagini, if you will. And here you have the guy at the top of this post, Caleb Baragar, who seems to be a lefty version of Biagini.  Baragar, you may recall, spent most of the year with Richmond and was promoted to Sacramento in time for the River Cats’ playoff run. He’d had a nice year in Richmond and made the Eastern League All-Star team. With the River Cats, he turned into a postseason hero. He started and won the winner-take-all Game 5 in Las Vegas to beat the A’s AAA team and sent Sacramento to the PCL championship series (which they swept). Then Baragar started the AAA Championship game against Columbus, pitched five shutout innings, and was awarded the MVP award for the game. In ten postseason innings (two starts), he gave up one run, four hits, four walks, and struck out 13.

Baragar is 25 and was a ninth-round draft pick in 2016 out of Indiana (so he’s a Hoosier like Skeeter Duffy’s brother). He appears to be one in a long line of nondescript Giants lefties who do really well in AA and then nobody thinks much of–Eric Surkamp, Mike Kickham, Ty Blach, Andrew Suarez, Conner Menez, and I’ve probably forgotten a couple. You know the type. Nonetheless, if the Giants lose anyone in the Rule 5 Draft, he’d be my first guess. And I assume that SFG are OK with that.

Thank you to @primeathletics1 for continuing to lock in the new patterns.

Other possible #NeverGiants (unprotected, have some talent, close-ish to the majors) include (with their highest level reached):

I think what we can take from this inactivity is that SFG don’t think much of any of these players and would be fine with losing them.  I’d guess that if any of the above are taken in the R5 Draft, it would be Baragar, Williams, Cyr, or Miller, not necessarily in that order.

Two final thoughts about this Rule 5/40-man stuff. First, thanks to Mr. Sarcastic and Greek Giant, we saw that the guys protected on the 40-man roster at this same point in 2016 didn’t amount to much, with the exception of Reyes Moronta, and I’m going to say that SFG would have protected Moronta, too. Second, Tyler Rogers was left unprotected two years in a row, was never claimed in the Rule 5 Draft, and now he looks like he could be a core member of the 2020 Giants bullpen. So you never know how it might all play out.

While the Giants did nothing about their 40-man roster, other teams made some notable moves. The Yankees released Jacoby Ellsbury. They still owe him $26 million but are planning to not pay him, claiming a contract violation that gives them a loophole. (Are there any Giants we could pull that slick trick on?) Anyway, don’t weep for Ellsbury, who’s made enough money for his great-great-grandchildren to live comfortably, and–more to the point–has a union and will file a grievance. Oh, and his agent is Scott Boras. In the meantime, the Yankees are clearing space under their Christmas tree to add Gerrit Cole if they can find one in the stores on Black Friday.

Also, #ForeverGiant Matt Duffy was released by the Rays, and many fans immediately noted that the Giants could undo the #CurseofSkeeter by bringing the fan favorite home. Thinking about Duffy, who won the Willie Mac Award in 2015, sent me down a depressing train of thought about recent Willie Mac winners:

Crawford is still with the team (though some fans are starting to regret that), but otherwise, you have to go back to 2012 and Buster Posey to find a Willie Mac winner who hasn’t left under somewhat sad circumstances.

Other Giants “News” This Week

There’s not much. We learned that Greg Johnson, son of Charles, is replacing Rob Dean as the “control” person for the Giants, representing the team at MLB owners meetings. This change is apparently because the Johnson family owns the largest share of the team, not any reflection on Dean, who will remain co-managing partner of the leadership team with Greg Johnson.

And yes, for those wondering, Greg appears to be a chip off the old block when it comes to his politics.

Gabe Kapler ruffled some fans’ feathers by saying that he hadn’t spoken to Madison Bumgarner since he (Kapler) took the manager’s job. While I am not and will never be a Kapler apologist, let’s be fair here: (1) Bumgarner is a free agent. He doesn’t work for the Giants anymore. (2) It’s not Kapler’s job to negotiate contracts with free agents. If Bumgarner were still on the team, I’d be a little surprised to hear that the new manager hadn’t reached out to him, given Bum’s stature in the clubhouse and his famously close relationship with Bruce Bochy. Kapler is reportedly quite busy working on hiring a coaching staff, which seems important and something he should be directly involved with.

Speaking of the coaching staff, Giants hitting coach Alonzo Powell signed a contract to coach in Japan. This isn’t quite as surprising as it may sound in that Powell played in Japan for three years in the 1990s and won three straight batting titles there. Powell expressed regret and disappointment over his two unsuccessful years of working for the Giants. In other Japan news, #ForeverGiant and “Baby Shark” afficionado Gerardo Parra also signed a contract to play over there. (Won the ring/over the hill/time to make some money!)

Next up, after Thanksgiving, is the deadline to tender arbitration-eligible players (Pillar, Solano) contracts (Dec 2). The Winter Meetings are Dec. 9-12, and the Rule 5 Draft is the last day (Dec. 12). It seems like free agent stuff is moving a tad more quickly this year, with big names Will Smith and Yasmani Grandal already off the market.

The new manager of the #SFGiants, Gabe Kapler along with Farhan Zaidi & Scott Harris. pic.twitter.com/9lTM3jyRzo

Who will be the next crop of #Forever/#Almost/#Never Giants? Only SFG know for sure. Lefty out.