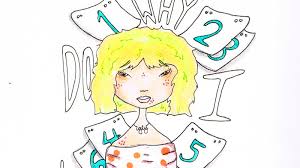 The featured image is from an e-zine directed at young women, and the article is about literally feeling ugly–bad hair days, skin breaking out, jeans not buttoning–you get idea–all at once.

When I posted a week ago today, the Giants were 4-4, and they gave me and Nate’sFanMom a birthday win to go 5-4. Thus ended the good times and thus began the ugly week.

Everything stopped working, all at once. Well, to be accurate, some things weren’t working even a week ago (/cough cough the defense; /cough cough Jeff Samardzija), but now even things that were working have unraveled.

The Giants have lost 5 of their last 6 games, barely hanging on to win one of four at Coors Field. In three of the losses, the bullpen either coughed up leads or imploded right after the hitters had fought back to tie the game. There were kicked balls, bad throws, catcher’s interference (again), and 97 grounded-into-double plays. There were relievers who came in and couldn’t throw a strike and there were way too many crooked numbers put up by the opposition.

It was, as I think I’ve mentioned, ugly.

Let’s Break This Down

The Giants lead or are near-worst in the majors in the following categories:

You get the idea. They are also mediocre at striking out hitters (ninth in the NL), meaning that balls are being put in play, and…see “most errors in MLB,” not to mention defensive shifts that don’t lead to errors in the box score but are not always working out well.

Are they good at anything? Well…yes. They actually lead the NL in hits and are third in team batting average (.252). They’re fifth in runs scored, fourth in doubles, second in triples, and second in sacrifice flies. Now, some of those “good” stats are because Donovan Solano and Mike Yastrzemski are having crazy-good years so far, but overall, they can hit a little bit.

Unless you’re a really persistent optimist, this season was never going to be about game results for the Giants. It’s about panning for those golden nuggets among the dirt clods. So here are a few from this season, now that we’re close to 25% (!!!) through it.

Long-time TWGers may remember that I was quick to “DFA” players during games, especially relievers. The late, great Chef Michael Scott used to get on my case about it (along with various other things, including my use of ground turkey in cooking). I’m usually right about these (players I want DFA’d usually do get DFA’d, albeit not as quickly as I’d prefer), but I’ll admit to a big swing and a miss on Drew Pomeranz last season. (I’m still glad he’s gone!)

Anyway, here is my early list for possible DFAs, and you probably won’t like any of them.

There was a time when I thought Samardzija, Sandoval, and Pence could all be possible trade bait at this season’s deadline. Uh, nope.

MLB.com put out its “midseason” (!!!) top-100 prospect list, and the Giants did a little worse than the last time this came out. The top four prospects (Bart, Luciano, Ramos, and Bishop) stayed on the list, but Seth Corry (#99) dropped off, with new draft picks populating spots. Nor did the Giants’ latest top pick, Patrick Bailey, crack the list, even though other new draftees picked lower than he was did make it, suggesting that Bailey’s selection was a safe but “meh” pick.

New top-30 lists for each team were also published, and Bailey is #6 on the new Giants list, with promising lefty Kyle Harrison entering at #12. New acquisition Jordan Humpreys is #25.

At the Alternate Site in West Sacramento, the good news was the long-delayed arrival of 2019 first-rounder Hunter Bishop, who explained his COVID odyssey to beat writer Kerry Crowley. I guess Kerry made a good impression. You don’t usually see players gushing over beat writers.

The other piece of good news was the arrival of injured reliever Reyes Moronta at the Alternate Site. Though he is still rehabbing from his shoulder surgery, there is some hope that he could pitch before this season is over. I miss that guy. The Giants had a good bullpen last year, but it’s easy to forget how very good Moronta was in 2018-19.

With the Giants making what is now their final required roster cut-down (from 30 to 28 players), that’s a wrap on the My30/28/26ManGuy™ roster contest(s). Thanks again to HaakAway for collecting the votes and tabulating.

Long-time KNBR host and great Giants fan Ralph Barbieri passed away on Monday at age 74 after battling Parkinson’s Disease for many years. One of his best schticks–along with his legendary face-offs with surly Rick Barry–were his battles with Giants GM Brian Sabean. KNBR put together a greatest-hits compilation of these. Enjoy.

Here's the Ralph Barbieri supercut you've been waiting for 😂 pic.twitter.com/tBkTYRmwOJ

Tell the Chef hi from all of us, Razor, and this reminds me that we’re overdue for an Amici’s run to Vacaville (half-baked pizza to finish at home and lemon-pepper wings, yum yum).

Johnny Cueto vs. Clayton Kershaw (I’m feeling a night off for Belt)