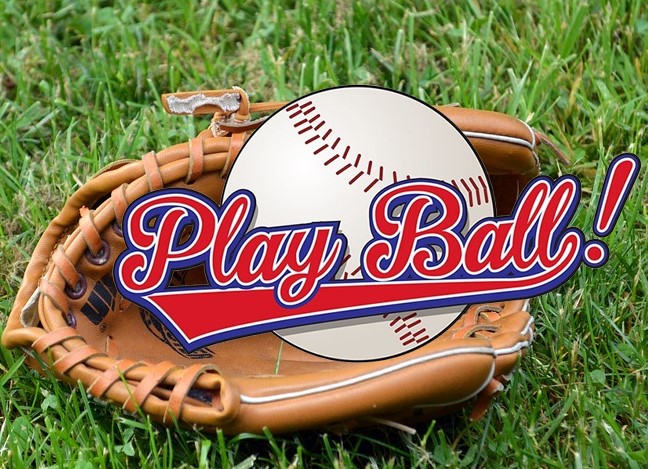 In the COVID-19 testing sweepstakes, the Giants got off easy. No multi-player outbreak, like the Marlins and Cardinals had, necessitating multiple roster moves and many doubleheaders. No four-day layoff like the A’s had when one of their relievers tested positive. Having to make up two postponed games in the final two weeks of the regular season isn’t great, but it could have been so much worse.

Instead, they play a doubleheader today in San Diego, starting at 1:10 p.m. The 49ers, it would appear, will kick off their regular season at 1:25 p.m. at Levi’s Stadium in Santa Clara. Meanwhile, as the athletes get to cope with unhealthy air quality all day (it’s a bit better in San Diego than it is in Northern California, but not that much), we have something to do here on the West Coast while we stay inside.

The Giants also have scheduled off days on Monday and Thursday this week–although one possibility is for the Giants and Padres to play their final makeup game on Thursday in Seattle (the Giants will be there, the Padres are coming in for the weekend, all three teams have an off day). In any case, whatever damage is done to the rotation and the bullpen by a doubleheader today will have time to settle back down because of tomorrow’s off day and (maybe) Thursday’s. So all in all–lucky.

This Week in Giants

Since I posted last Saturday, the Giants have gone 5-1, winning their final three games against the Diamondbacks and then sweeping their two-game home series against the Mariners. The Snakes have been maybe baseball’s biggest disappointment in 2020, and they unloaded players at the deadline, so winning three out of four against them was simply taking care of necessary business. The Mariners, on the other hand, had won six straight before coming into San Francisco, and were even within shouting distance of the final wild card spot in the American League. The Giants handled them fairly easily, which was encouraging.

Then they went to San Diego and looked quite outmatched in the series opener on Thursday night. The fact that the Padres’ dangerous lineup got to Trevor Cahill quickly isn’t that surprising. But it was disheartening that after starter Chris Paddack exited after the second inning with an ankle injury, the Giants’ lineup could do nothing in what turned into a bullpen game for the Padres. Were they tired from a 2 a.m. arrival in San Diego? Saddened by the news of Pablo Sandoval’s DFA? Or are the Padres just that much better?

The last time the Giants had a last-minute postponement and had to play a makeup doubleheader, they were on a seven-game winning streak and were frustrated by the loss of momentum. They came out flat and were swept and shut out in both ends of their doubleheader against the Dodgers. We can only hope that this postponement has the opposite effect–they hit the reset button after that no-show on Thursday night.

The Padres are in an interesting spot. They have a comfortable 5.5 game lead in the NL West over the third-place Giants. They also have a comfortable lead for the top second-place spot (i.e., the #4 seed in the NL playoff picture). On the other hand, they’re now only three games behind the Dodgers, who have lost their last two games, and they have a head-to-head series with LA at Petco Park starting tomorrow. So they should be highly motivated against the Giants today, but the doubleheader actually hurts their chances more than it does the Giants’ right now.

I was listening to the latest episode of the Baggs and Brisbee podcast, which was recorded on Thursday before the Padres series began. Among other things, they were talking about how loaded the Padres are and how GM A.J. Preller has built the team over the years. Just as a walk down memory lane, Preller took over as GM in August, 2014. During the 2014-15 offseason, he acquired Justin Upton, Matt Kemp, Wil Myers, Craig Kimbrel, and James Shields via trades or free agency (Shields). When this flurry of moves did not translate into on-the-field success, Preller began unloading the pieces he had gathered, most notably trading Shields to the White Sox for a young prospect named Fernando Tatis, Jr. Oh, and how about Fernando Rodney to the Marlins for Chris Paddack? Only Myers remains from the original group.

In subsequent years, the Padres signed Eric Hosmer and Manny Machado to big long-term free agent deals. The one for Hosmer in particular was panned because it was “too soon” to be investing in free agents before the Padres’ bumper crop of prospects began to arrive, and indeed, the Padres followed up those signings with two straight last-place finishes in 2018-19.

But now, here we are. Tatis is an emerging superstar who currently looks like the frontrunner for the NL MVP this year (he has a lot of competition, including Mookie Betts and Freddie Freeman, so let’s hold off on the engraving for now). They still have Hosmer, Machado, and Myers, they acquired an ace (Mike Clevinger) and a closer (Trevor Rosenthal) at the deadline among other pieces, and they didn’t even trade their top prospects to get them. They still have five top-100 prospects and four in the top 50. According to Baggs and Brisbee, the two best pitching prospects in the Padres’ system are yet to arrive (MacKenzie Gore and Luis Patino, MLB.com prospects #4 and #26, respectively), while Paddack and Dinelson Lamet (late-blooming international free agent) look like rotation mainstays for years to come.

The Padres’ Trajectory & the Giants’ Past, Present and Future

When I was complaining a couple of weeks ago about Giants’ leadership (Farhan Zaidi and Scott Harris) not doing anything to improve the team for the present or future at the trade deadline, Kodachrome asked me, “Would you rather have Preller?”  A couple of years ago, I would have said no. Now, I say yes, absolutely. The Padres are an exciting, fun, well-built team with a bright future. Talking about Preller, Baggs and Brisbee kept using the word “aggressive” to describe him. Preller is a risk-taker. Some of the risks have paid off; others have not. But I like where they are right now.

Brian Sabean was a risk-taker. One of his first actions as Giants’ GM was to ship off a popular homegrown star to Cleveland for some pitcher named Julian Tavares and a surly underachiever named Jeff Kent. He reportedly had death threats on his answering machine, and he felt it necessary to go on record claiming “I am not an idiot.” Some of his risky moves worked out well (Kent became a league MVP and helped take the 2002 Giants to the World Series), and others did not (Joe Nathan, Francisco Liriano, and Boof Bonser for A.J. Pierzynski comes to mind). Throwing free-agent money at has-beens like Edgar Renteria and Aubrey Huff worked out great for 2010–but yeah, there were also Aaron Rowand and Mark DeRosa (and the second Huff contract) in there.

Now, whatever you can say about Farhan Zaidi’s tenure with the Giants so far, “risk-taker” and “aggressive” do not apply. Yes, he looks visionary for plucking Mike Yastrzemski out of obscurity in the Orioles’ farm system, but you can’t call that a “risky” move–it was a waiver-wire trade involving a Giants’ pitching prospect who was going nowhere. What we don’t know yet is if Zaidi will pivot to a more aggressive/risk-taking approach as the Giants’ farm system improves and as he has more budget to operate with. (The Giants only have about $95 mil in salary obligations for 2021 at this point.) I read an article this week in The Athletic about the top-15 free agents for the upcoming offseason, who needs them, and where they might sign. The Giants did not appear anywhere in this article. I mean, even the Royals and the Diamondbacks showed up at points. Apparently the Giants not even worth mentioning as a team that might need or sign a top free agent. I’m not so sure that’s true–they might be at the “Eric Hosmer stage” now–but we will see.

Interestingly, Zaidi has worked under two very successful GMs, Billy Beane and Andrew Friedman. Beane, I would say, is more of a risk-taker. Friedman is more of a slow, careful operator (much to the irritation of Dodger fans who wanted to see some bold moves–hopefully they’re happy now with the acquisition and extension of Betts). Zaidi seems, so far, to be more in the Friedman mold than the Beane mold.

It should be noted that neither Beane’s nor Friedman’s teams have (yet) won any championships. Sabean’s won three. Just saying.

So maybe that in a nutshell is why some of us love Zaidi and others of us don’t. Some of us prefer, to quote Aesop, “Slow and steady wins the race.” Others were hoping to see some bold moves that you could argue about and hold your breath to see if they turned out OK. Neither perspective is necessarily always right or always wrong. They are just different ways of looking at the world.

We all saw it coming, but it still hurt a bit to hear that one of the most entertaining, exuberant Giants of this great championship era went out with a whimper, DFA’d a few days into September. Other than Ron Wotus, Pablo had been around the longest, signed as a teenager in Venezuela in 2002 and arrived in the major leagues as a 21-year-old in 2008. Along with Tim Lincecum, Pablo started making the Giants fun again. Though he clearly had his ups and downs, his contributions to the 2012 and 2014 World Series titles cannot be forgotten, and he had some other great years (2009 and 2011 in particular).

We’ll take Pablo out with this World Series performance that none of us will ever forget.

And Jon Miller’s classic call of the third homer.

There are two weeks to go in the regular season. Starting with today’s doubleheader, the Giants have 15 games to play: six against the Padres, three against the A’s, two against Seattle, and four against the Rockies. Will the Giants be playing after September 27? The postseason spot is theirs to lose. They have a half-game lead over the Marlins for the first wild card spot (#7 seed in the NL) and a two-game lead over the Rockies and the Brewers for the final spot. But their schedule, already challenging because 60% of the games are against the A’s and Padres, got even more so with the postponements and needed make-up games. It should be an interesting ride.

Here’s the Game 1 lineup–Giants’ debut for Justin Smoak, Cueto on the mound (Tromp starting at C).