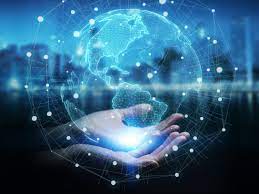 This is a tough time to be a baseball writer, especially one who has to do it for a living. Under normal circumstances, by which I mean “up through 2019,” we’d be talking about the Winter Meetings and the Rule 5 draft this week. There might have been a big trade or two or a splashy free agent signing.

Instead, we have Jim Bowden giving offseason “grades” (spoiler: the Mets got an A because they spent a lot of money!), Peter Gammons writing a strange stream-of-consciousness piece that covered a lot of ground and cherry-picked a lot of history (he did, however, talk a bit about a particular Giant, so we’ll get back to this), and Grant Brisbee throwing out wild ideas about how the Giants should spend their money.

Weird. But desperate times call for desperate measures. There really is no interesting Giants news to report because, well, how could there be? So in an effort to make something out of nothing, let’s play a little game. Indulge me in a thought experiment, just for fun.

I’m going to review what little Giants information and speculation emerged this week, and then we’re going to guess which (real or potential) event will have the biggest impact on the 2022 Giants. You don’t think obscure moves in a random week of the offseason can matter much? Well, when were the last two Willie Mac Award winners (Mike Yastrzemski and LaMonte Wade Jr.) obtained, and who in the moment thought those transactions were going to matter, even a little bit?

OK, ready? Here we go, in no particular order.

There’s still a lot of heavy lifting to be done to this roster…Even after signing three pitchers to multiyear contracts and locking in first baseman Brandon Belt with the $18.4 million qualifying offer, the Giants have the resources to make multiple major moves. But in the few weeks before the industry locked down, they probably needed to make sure their rotation didn’t continue to consist of Webb and tumbleweeds. Webb has company now. So the Giants are better positioned for the rest of the offseason, whenever the heck a lockout is lifted.

Baggarly also threw out the names of Zack Greinke and Danny Duffy as possibly interesting free agent acquisitions for the Giants’ rotation. However, Duffy just had flexor tendon surgery and won’t be available until at least next June.

OK, Time to Predict the Future

Of the following actual or hypothetical Giants mentioned in this column who made the news/commentary this week, who will make the biggest impact on the 2022 Giants team?

[I’m leaving out the obvious names–the Brandons and the three starters they’ve signed–because I think it’s more fun to play with the obscure or remote possibilities.]

If you’re really feeling cynical/bored/adventurous, you could also predict which player the Giants lost in the Rule 5 Draft or will not sign (e.g., Bryant or Kershaw) who will make the Giants most miserable in 2022 or beyond.

The Most Important Part of This Column

HAPPY BIRTHDAY today to great TWGer and my buddy Crawnik! Have a good one! 77 days until pitchers and catchers (hopefully) report!  Lefty out.