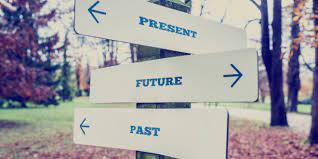 The first week or so of the MLB playoffs is in the books, and now that I’m a bit more removed from being salty about the Giants’ disappointing season, I’m enjoying the drama. Most notably, as of today we are one Padres and Phillies win away from the #5 and #6 seeds meeting in the NLCS(!!!). One 100-win team (the Mets) went down in the wild card round, and in that three-game round, the underdog road team won three of the four series. This is the first year of the new playoff configuration (2020 was similar, but not exactly the same), and I’m guessing MLB was not expecting what has happened so far. And that’s what’s so great about baseball, especially in October.

As to the Big Blue Machine down south, as of this morning, they’re in dire straits. Down 1-2 in the best-of-five NLDS, they have to face the Padres’ best starter, Joe Musgrove, in a raucous and amped-up Petco Park that no longer can be considered Dodger Stadium South. While the Dodgers (and the Braves and the Yankees) are certainly capable of winning two straight games to escape from this round, the LA Times writers are pointing fingers as if it’s over already: You should have gotten another front-line starting pitcher when Walker Buehler went down! Why are the Dodgers’ hitters choking (the writer’s word) against an average Padres bullpen? Why did Dave Roberts burn his DH and backup catcher in the seventh inning of a one-run game (Game 3), and why did he have light-hitting Austin Barnes pinch hit in a big spot instead of Chris Taylor (Game 2)? Just like the leaves turning colors every fall, you have the annual whispers that the Dodgers have been good all these years in spite of Doc, not because of him.

Ah, well. It’s too soon to gloat (but it was not too soon to gleefully consume all the glumness and screeching in the LA Times sports section this morning). We’ll see how it turns out over the next couple of days, and next week’s column could be singing quite a different tune.

OK, about the Giants

This week I saw two important lists about the big decisions the Giants have coming up in the next six weeks or so: A list of minor leaguers who need to be added to the 40-man roster or risk being lost in the Rule 5 Draft, and a list of the current arbitration-eligible Giants’ major leaguers and their projected salaries. The two lists influence each other. So let’s break this down in three steps.

The current roster is not what it will be after the World Series ends. It includes pending free agents (Brandon Belt, Jose Alvarez, Shelby Miller, and Evan Longoria if the Giants decline his team option, as expected) and Carlos Rodón (who will exercise his player option and opt out). But more significantly, it also includes ten (10!!!) guys on the 60-day IL, all of whom except for Belt and Alvarez will have to be re-added to the 40-man roster after the World Series–or DFA’d. Some of those are easy decisions, such as Anthony DeSclafani and Alex Wood, both of whom are expected to be in next year’s rotation. Mauricio Llovera unfortunately had Tommy John surgery and is a candidate to be DFA’d (and signed back). On the bubble are guys like Sam Delaplane, Gregory Santos, Donovan Walton, and Colton Welker. Sam Long seems likely to be added back to the roster.

Now, I have no idea how they’re going to parse all this out, especially considering the two lists we need to talk about next, but for the sake of argument, let’s do this math:

40 minus three free agents (Rodón, Miller, and Longoria), but add back Longo on a reworked deal=38

Add back Wood, DeSclafani, and Long=41; let’s assume for now that the others are DFA’d.

So you see the problem. Even before we get to the Rule 5 list, they already have too many players on the 40-man roster. There are a few names who could be candidates for immediate DFAs just to make room, with the biggest being Tommy La Stella, and…I’ll believe that when I see it. Back to Tommy and others at the end of the column.

The Giants have many prospects who would be eligible for the Rule 5 Draft if not added to the 40-man roster by the deadline, which is usually right before Thanksgiving). Here are the most notable ones, but there are more.

Some notable #SFGiants prospects will be eligible for the Rule 5 draft for the 1st time if they are not added to the 40-man roster this winter:

Marco Luciano and Luis Matos are two of the Giants’ top three prospects. They both spent the season in High A Eugene, and Luciano played in Richmond’s two playoff games. Because they’re relatively far from the majors, they’d seem at low risk to be grabbed in the Rule 5 Draft, but I can’t imagine the Giants would take a chance on losing either of them. As for the rest of the list, maybe they protect Will Wilson (who is at AAA level and whom they paid serious money to acquire). Jairo Pomares was the third member of the stellar 2018 international class that was headlined by Luciano and Matos. He’s only the #14 prospect right now, but I wouldn’t be surprised if they protected him, too. Of the rest, including 2019 first-rounder Hunter Bishop, I’d say only pitcher Kai-Wei Teng is likely to be protected. He spent 2022 in Richmond, and upper-minors pitchers are the most likely to be snagged in the Rule 5 Draft. But it depends how they’re feeling about Teng these days and if they care much about possibly losing him (he didn’t have a great year in Richmond). Bear in mind that if the Rule 5 Draft hadn’t been canceled this past year due to the lockout, the Giants could have lost David Villar, who was unprotected and went on to be a rookie bright spot in 2022.

Sooooo…if all five of those guys (Luciano, Matos, Wilson, Pomares, and Teng) are protected, we now have 46 players on the 40-man roster…and that doesn’t account for signing any new free agents. And with that, on to the next list.

It’s a big list. This is a place we could see cuts because these are players who are starting to make real money. If Dr. Zed/Kneecap think they can replace any of those guys more cheaply, they could be non-tender candidates. Anyway, here’s the list with the salary estimates.

MLB Trade Rumors' arbitration estimates are out, and Logan Webb is deservingly due for a big pay bump in his first year of eligibility.

The Yaz figure also sticks out. SF has payroll flexibility, but he's coming off two down offensive seasons. pic.twitter.com/RptKOpIvT4

That’s 13 players, and let’s take the easier ones first: Logan Webb, Thairo Estrada, Tyler Rogers, John Brebbia, and Austin Slater will be offered arbitration. Even though Mike Yastrzemski, who was a Super Two, has the biggest number on the list, it seems likely that they will retain him.  I think they will retain Scott Alexander, Jakob Junis, and J.D. Davis. I think  they will not retain Zack Littell. In the “I’m not sure” category are LaMonte Wade Jr., Jharel Cotton, and Jarlin Garcia.

So…you see the problem. There are some important likely additions from the Rule 5 list and not enough sure subtractions from the arbitration list. This exercise might be the biggest reason why Tommy La Stella gets axed from the 40-man sooner rather than later, even if the Giants would prefer not to eat the $11.5 mil from his backloaded(!!!) contract and might like to wait until they see how he looks in spring training before making a final decision. And if you’re Ford Proctor or Colton Welker or Taylor Jones (who?) or Yunior Marte (that one was for you, Matthew)–be sure any deposits you put down on apartments or moving trucks are refundable.

All of this is obviously to be continued, and there are a lot of moving parts in both the present and the future that we don’t know about (yet). In the meantime, go Padres, go Phillies, go Mariners, and go Guardians!  Lefty out.