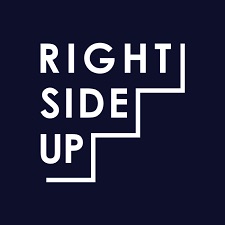 I’m struggling, folks. Generating content for Out of Left Field is always harder in the offseason, and it was incredibly hard when things were shut down for months in 2020 due to COVID. This lockout, though, is so disheartening, so discouraging…I’m old enough to remember the in-season 1994 strike (and 1981, among others), and that was awful. To have to go through this again as a fan so soon after 2020, though–it’s just kind of heartbreaking. I figure we have 1-2 more weeks before our spring training trip (first game March 12) is toast, and it’s hard to be optimistic given this week’s news about “bargaining,” if you want to call it that.

So I’m grateful that Alex Pavlovic and Cole Kuiper have been doing weekly installments of their podcast, “Giants Talk,” and I listen to it every single week. In this week’s episode, they talked about right-handed free agents the Giants might pursue, and their discussion gave me the idea for today’s column and likely next week’s, unless, miraculously, something actually happens. We’re going to look at the Giants’ needs with regard to right-handed hitters, but we’re going to go beyond just free agents and also consider what they already have in-house.

That’s 5.7 total bWAR, and obviously the loss of Posey goes further than just that stat. So that’s our starting point.

It helped me to make the second list because it reminds me that the Giants don’t entirely have to replace Posey, Bryant, and Solano from free agents. There are names on that list who can contribute (thinking especially of Bart and Estrada, but we could dream about Ramos bursting on the scene and making an impact).

Right-handed hitters on the market (mostly stolen from Pavs/Cole)

It should be obvious what a great fit Suzuki has the potential to be. He’s an excellent outfielder, he’s a right-handed power hitter, he’s only 27, and he won’t break the bank (most estimates peg him at 5-6 years/$55-60 mil). He could also, as Alex noted, bring some excitement and star power, something lacking with the loss of Posey and to a lesser degree Bryant and Kevin Gausman. But it sounds like a lot of factors will go into Suzuki’s choice, and the Giants may or may not end up on top there.

The other four, it would seem, will be mainly a matter of money and who’s willing to pay it. Alex and Cole like Bryant and think he could still be a good fit for the Giants, but everyone acknowledges that he will probably get a bigger and longer contract than the Giants will want to give him. Same with Castellanos and Correa. Correa in particular is a poor fit because he’s a star shortstop, he’s going to want to get paid like Corey Seager, Francisco Lindor, and Fernando Tatis Jr. already did–and the Giants have a star shortstop of their own, at least for the next couple of years. In contrast, Story might be willing to play 2B and/or 3B at least until Crawford’s deal is done, and he wouldn’t necessarily block Marco Luciano when he’s ready (if Luciano indeed stays at SS, which some prospect experts are dubious about)–or the even younger SS prospects the Giants have acquired (Aeverson Arteaga and now Ryan Reckley).

So the consensus would seem to be that Suzuki and/or Story could be great fits, Bryant could be a good but pricey fit, and the other two are unlikely.

9/11/2021: All Nick Castellanos home runs are great, but ones that get driven to deep left field to make it a 4-0 game are just extra special. #Reds #ATOBTTR (via TrueRGM) @BaseballCentral @blogredmachine pic.twitter.com/TrhbGZEO9v

These were the names Alex and Cole brought up, but you may have others you like (here’s one free agent tracker and another). Alex dismissed Pillar out of hand (“not a good fit”), and he seemed pretty emphatic about that. Since Pillar plays a position of need for the Giants (CF) and was the 2019 Willie Mac Award winner, I’m thinking there’s something about Pillar that Zaidi doesn’t like, and Alex knows it (maybe as simple as that he strikes out way too much). They seemed more intrigued by Pham and McCutchen (“good Giant”) than the others. Pham had an OK year as a part-time player for the Padres, but he had reverse splits and only a .689 OPS vs. left-handed pitchers. Eleven of his 15 home runs came against righties. McCutchen, in contrast, was unplayable against righties (.650 OPS) but mashed lefties (1.027), and he did hit 27 homers last year for the Phillies (15 of those vs. lefties). Pham and McCutchen are older (34 and 35) and probably wouldn’t need more than a one-year deal.

Plus McCutchen did THIS.

Uhhhh…Bryan Reynolds (6.0)? Maybe the Giants could sign McCutchen and trade him back to the Pirates for Reynolds? Like a do-over? More likely: Some under-the-radar trade who turns into the 2022 Willie Mac winner, like Mike Yastrzemski (2020) or LaMonte Wade Jr. (2021).

Summing it all up

I’ve been thinking that the Giants’ greatest area of need (beyond a rotation, which they’ve mostly addressed) was a right-handed hitter(s), given the losses of Posey and Bryant, and, to a lesser extent, Solano (who was great in 2020 and not so much in 2021). The Giants’ two best hitters remaining from last year both hit left-handed (the Brandons). But looking at the list of who’s in-house, I’m a tiny bit less worried about this than I was before I started this exercise. Longoria was having a great year before that fluke injury from the collision with Crawford. Estrada has earned a nice, long look. Ruf has been a terrific player for the Giants, and if there’s a universal DH, he should get even more ABs. Slater or Dubon could finally put things together for a sustained period of time. And maybe Bart and/or Ramos will step up and show why they were first-round draft picks. There are a lot of ways this could go. What do you all think? Who are the most likely right-handed hitters to make an impact on the 2022 Giants?

I’m beginning to think that (a) the Giants need another bat or two, and we don’t need to worry as much about right-handed vs. left-handed and (b) they do need some star power. I mean, fans love LWJ and Yaz, and the Brandons have great nostalgia value (besides still both being really good players), but Posey and Bryant were former MVPs and just on a different level. You know who else is a former MVP?–Andrew McCutchen!

Next week, we’ll go through this same exercise except with lefty hitters. Unless Something Happens. Lefty out.