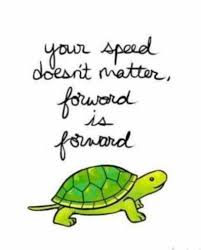 I decided to make something positive come out of COVID, so while mostly stuck at home, I’ve been working hard for the past months on fitness and diet. I’ve made some good progress and hope to make more before I go back to work on campus in the fall. We have a Peloton bike on order to arrive sometime in late February, and I’m looking forward to that.

Here’s the thing, though: I don’t lose weight quickly. MrLefty started cutting back, too, and it took me three months to lose what he lost in one. I’m short, I’m 60, and I have an autoimmune thyroid disorder. I really do have to focus on “slow and steady wins the race,” to quote from the Aesop’s fable.

The Giants have been moving slowly this offseason, especially compared to, say, the Padres or the Mets or even the White Sox or Blue Jays. They’ve made some progress, just as I have. After barely adding to the major league roster at all in his first two winters, this year Farhan Zaidi has added (so far):

Zaidi has spent just a bit over $30 million on all of those additions combined, and that’s considering that Gausman alone got nearly $19 mil of it. Smart shopping, right? Slow and steady.

You could argue that the 2021 team is close to done. There is a rotation of sorts (the three starters listed above, Johnny Cueto, Logan Webb, eventually Tyler Beede), and the bullpen has plenty of options now. You could argue for adding another starter for depth, especially since Wood in particular has never been very durable, and GM Scott Harris is  still talking about another lefty bat. (The way Grant Brisbee’s track record has been, let’s just announce Brock Holt to the Giants. Last week he published a “way-too-early-26-man-roster” article and predicted that Wood and Holt would be the two yet-to-be-signed additions. And whoa, did you realize Holt was an All-Star for the Red Sox in 2015? I did not know that.)

OK. So 2021 is almost done, and–meh. It’s not going to be a very inspiring year. But we knew that in the slow-and-steady Zaidi plan, he’s waiting for young prospects to develop and big contracts to expire, and therefore that 2021 was never circled as THE year. Here’s what concerns me more, though: There is very little advance planning for 2022 and beyond.

Of the major league additions so far, the only ones who could potentially be on the Giants in 2022 are Wisler, Brebbia, and Casali, all of whom will be in their final years of arbitration eligibility. The three additions to the rotation are all on one-year deals. Cueto, Brandon Belt, Brandon Crawford, Buster Posey, and Donovan Solano are all on their last guaranteed years, and let’s assume that the Giants will not pay Cueto or Posey over $20 mil each to play for them in 2022. (Wilmer Flores also has a team option for 2022, but it’s so modest at $3 mil. that I’m assuming the Giants will pick that option up.)

So let’s review. Unless something changes, the 2022 roster looks like this:

This means that the Giants will be looking for (at least) three starting pitchers, a first baseman, a shortstop, and maybe a starting catcher (if neither Bart nor Bailey are ready for the major leagues). Other than Bart, the player nearest to the majors would be Heliot Ramos, an outfielder, and did you notice that “outfielder” was not on the shopping list?

Now, you might not see this as a problem. It’s good news, right, that the Giants will have so little money committed beyond 2021, that most of the big contracts from the Evans era will be in the rearview mirror?

But–is it good news? Even if you have buckets of money to throw at free agents 9-10 months from now, you still have to convince people to take your money. They tried throwing money at Giancarlo Stanton and Bryce Harper a few years ago, and both former MVPs said “Thanks, but pass.” Are free agents going to want to hitch their wagons to a future of Yastrzemski, Bart, Longoria, Webb, and a half-dozen other free agents to be named later?  It seems like at some point, Zaidi’s going to need to obtain, via trade or free agency, a couple of guys who can be bridges between the present and the future.

So kudos to Zaidi and team for some smart shopping. They’ve filled a lot of holes for minimal investment and no long-term commitment. But I’m squinting ahead, and I’m just not quite making out what the picture is going to look like.

Greek Giant already wrote about the addition of Alex Wood, something that not only Grant Brisbee predicted but also our own Hall of Fame Faux GM, Ryan, has been suggesting for awhile. (Ryan really wants Quintana, and so does Brisbee, but…) The only thing I’ll add about Wood is that he also pitched for the Reds between hitches with the Dodgers, so we now have 80% of the rotation plus the backup catcher who are former Reds, plus Wisler, plus Wandy Peralta, and I could probably find more if I kept digging. It’s getting kind of ridiculous, really. All the Reds except the guy who just won the Cy Young Award, not that I’m bitter.

Friday was the much-delayed international signing day, and the Giants signed 34 new international prospects. The most notable is Venezuelan switch-hitting shortstop Diego Velasquez, who was the #22-ranked IFA prospect, and they reportedly paid him around $1 mil. He appears to be elite defensively and have some upside as a hitter, too.  Here is a round-up of all the activity. The Giants signed three guys named “Diego,” all from Venezuela.

Unsurprisingly, one #SFGiants source is "really excited" about the organization's 34 signings at the start of the 2020-21 International Free Agency period. @maddelucchi
recaps the big names and early takeaways from the group.https://t.co/1V9x2AgQbd

Friday was also the deadline for teams and arbitration-eligible players to agree on salary figures or go ahead to arbitration. The Giants had two of those remaining, Reyes Moronta and Donovan Solano. They settled with Moronta for $695,000, a bit below the $800,000 projected by MLB Trade Rumors. The deal made Kerry Crowley happy.

The Giants and Solano are about $500,000 apart in the $3 million range. Though it would seem pretty easy for them to settle at the midpoint, apparently settling isn’t the thing these days, and Zaidi expects to go to a hearing with Solano.

Heating up the Hot Stove

Now that DJ LeMahieu is returning to the Yankees, we should see some other movement among the top free agents–JT Realmuto, George Springer, and Trevor Bauer. Rumor has it that Marcell Ozuna is weighing multiple offers and should sign somewhere soon. (Rumor also has it that the universal DH is still on the table for 2021, which could definitely make Ozuna’s market bigger.)

It seems impossible to imagine that camps are actually going to open less than a month from now. There are so many questions to be answered. Nonetheless, MLB is still saying “full steam ahead,” so I guess that’s what we’ll expect until we hear otherwise. Should be an interesting few weeks, and it will be nice to think about something else besides…well, you know.