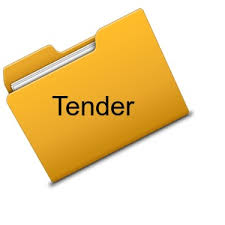 To “tender” something to someone is a business term. It has nothing to do with how soft-hearted you are or how well-done you like your steak cooked. (And when I googled “tender” to find an image for the top of this post, the first thing that came up was the “dating” app Tinder. Yikes!)

Anyway, this year’s deadline for MLB teams to “tender arbitration offers” to their eligible players is Wednesday, Dec. 2, at 8 p.m. Eastern time (5 p.m. Mays time). Here’s what this means exactly, from an article I found on the topic by Stephen Mears.

…teams will either tender a contract to an arbitration-eligible player or non-tender a player which means no contract is extended to the player who then is removed from the team’s 40-man roster and could become a free agent. If a player is tendered, the team then agrees to follow the arbitration route which is either a negotiated salary for the 2021 season or a decision to go to an arbitration hearing to determine the salary.

In most cases, teams and players never get to arbitration hearings, instead working out a deal that seems fair to both sides. Arbitration hearings are interesting because the two sides submit their salary number, and the arbitrator decides who wins–no compromising between numbers. So there is financial risk to both sides to go to a hearing, and it also turns out to be an unpleasant experience because the team has to argue that their player isn’t worth as much as he thinks he is, which could lead to lingering hard feelings. Remember, this is a guy you’ve chosen to keep on your roster.

This year is a particularly strange one for arbitration. There’s a pretty set range in the collective bargaining agreement about how much of a raise an arbitration-eligible player could normally expect from the process, and experts who make predictions about arbitration numbers usually come pretty close. But how do you set a “range” when the season was only 60 games long–and some players opted out? How do you argue for someone’s value or lack thereof when their counting stats from the previous season have to be pro-rated over barely a third of a normal season?

To address this problem, an analyst from MLB Trade Rumors has come up with three different numbers for each arbitration-eligible player, depending upon how you use the metrics (i.e., pro-rated or not). You can see in the Tweet below what the numbers like for the ten Giants who are arbitration-eligible this year. (Schulman says nine in his Tweet, but I count ten on the list.)

… how much each can expect to sign for. But this year because the stats are based on 60 games. So the analyst has provided three separate projections for each player. Here is the link, which explains what each of the projections means. https://t.co/v6uRIWAXYH pic.twitter.com/I8I9SBKhBJ

Now, for most of these, the range isn’t all that huge regardless of which of the three numbers you look at. But check out the ones for Tyler Anderson and Donovan Solano. The low number for Anderson ($2.4 mil) is quite a bit below the high one ($4.3 mil). Solano’s range is $2.3-3.8 mil. The other difficult factor to predict is what teams’ budgets will be going into 2021. Even though the Giants appear to be a financially healthy franchise and paid Kevin Gausman almost $19 mil not to test free agency, I think it’s safe to assume they won’t be coming anywhere near the payroll cap that triggers the Competitive Balance Tax ($210 mil for 2021). Counting Gausman but not counting any of these arb-eligible guys, the Giants’ 2021 payroll currently stands a bit over $135.5 mil, per Cot’s Contracts.

To whom will the Giants tender offers?

I’m not interested in predicting exact amounts, but they are relevant to the types of decisions the Giants have to make by Wednesday. For example, I’m not sure if they want Anderson for $2.4 mil, but I’m quite certain they don’t want him for $4.3. So with this data point in mind, let’s look at these ten guys and see what makes sense. I’ll just go in order of the list above.

“He was throwing at the alternate site and we just didn’t see him really getting over the hump and showing the kind of stuff that we saw from him last year. It was really as much a medical assessment as a performance assessment,” Zaidi explained. “We just really didn’t want to put him in harm’s way by really escalating the intensity on him at a time when he didn’t seem really back to full strength.

“It was disappointing because he certainly could have helped us in the last couple of weeks of the season if we were getting 2018-2019 Reyes Moronta, but part of not calling him up is investing in what we think he can give us next year and maybe not rushing him back and putting him into those really intense situations at a time when we weren’t 100 percent confident in him medically will give him a better chance to come to camp next year.”

If we see Moronta non-tendered, we’ll know that the Giants’ internal assessment is that he’s not back to where he was, healthwise–and they think he might never be. Let’s hope that’s not the outcome.

7. Wandy Peralta: Another lefty reliever, and he’s in about the same salary range as Jarlin Garcia. He’s been pretty good in his time with the Giants (141 and 131 ERA+ in 2019 and 2020) but not quite as stellar as Garcia. I could see the Giants keeping both of them, but it’s worth remembering that two of the Giants’ other better relievers in 2020 are also lefties making major league minimum or near it (Caleb Baragar and Sam Selman).

8. Darin Ruf: Now this is an interesting one to watch. Ruf was valuable to the Giants in 2020, but that was on a 28-man roster with a DH in every game. I’m not sure where he fits on a roster where the outfield (Yaz, Dickerson, Dubon, and Slater) looks solid and where first base seems set (Belt, Flores, even Posey). I still have fond memories of him just hitting the living crap out of the ball in Scottsdale Stadium when we were there in March, so I’m feeling tender-hearted toward Ruf. (See what I did there?)

9. Austin Slater: Like Dickerson, he seems to get hurt a lot, but he sure is good when he’s on the field. Plus he’s homegrown. He stays.

10. Donovan Solano: Yeah, he’s one of the more expensive guys on this list, but he will absolutely get a contract. I mean, he won the Silver Slugger for second basemen this year.

Speaking of right-handed relievers, fireballer Melvin Adon had to leave a winter league game last night with what looked like a potentially serious arm injury. Bummer. All the more reason to hang onto Moronta, though.

This does not look good, Melvin Adon is a hard-throwing #SFGiants prospect. This is in the Dominican winter league. In an earlier tweet @giantsprospects said Adon threw a pitch tonight at 101 mph. https://t.co/zqMR0KzKNx

Another thing to bear in mind: As noted in the quoted material above, if an arb-eligible player doesn’t get a contract offer (tender), he becomes a free agent. The Giants lost all three of the players they put on waivers to make room for Rule 5 eligible prospects (Aramis Garcia, Chris Shaw, and Jordan Humphreys). In previous years, those guys would have gone unclaimed and probably signed minor league deals to stay with the Giants. Several observers noted that this suggests that the Giants’ 40-man roster is deeper than it used to be.

You never root to lose players, but the fact that all three guys the Giants DFAd last week got claimed is a clear indication that they are making progress in their efforts to improve the depth of the 40-man roster and minor league system.

Anyway, as this relates to the arbitration deadline coming up this week, the Giants may be more conservative about losing players (i.e., tender them an arbitration offer), knowing that there’s no guarantee of signing them back if they become free agents.

Should be an interesting week. Lefty out.