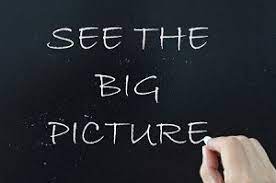 The Giants had a really good week, going 5-1 while moving through a three-city road trip that included the A’s in Oakland, the Mets (who until recently were a first-place team and who still have some good hitters and relievers), and now the Braves (first-place team).

5-1 on a tough road trip is good! So why do I say this through gritted teeth? Well, the main reason is that I was really annoyed by last night’s loss. When the Giants take a two-run lead into the bottom of the seventh, I expect them to win. They usually do. I am not Spencer Stewart and didn’t write this Tweet, but I could have.

The Giants have to close games like that period. when you are in a race as tight as this one, there is just no room for error. Can't be giving away games late like they did tonight. The Giants have to win this series and have just made it more difficult on themselves.

That was pretty much how I felt, and Schulman pointed out to this guy that he was being unreasonable. But that’s the second reason why it doesn’t feel like “a good week” even though it absolutely was: the damn Dodgers, who seem to never lose. (Thanks for nothing, Padres. SMH.) But then they did!–yay, Rockies!–so I feel a tiny bit better about things. But we can’t be tense about every single Giants game and Dodgers game for the next five weeks, so let’s get some perspective. I’m mainly preaching to myself, of course.

OK, that’s the big picture. Here are a few specific things to be proud of/pleased with/excited about.

Looks like a nice matchup between two good young righties. The Giants are short-handed with Brandon Belt on bereavement leave (back tomorrow), Kris Bryant’s status unknown after he left the game last night with “side tightness,” Evan Longoria back on the IL, and Donovan Solano quarantined in New York with COVID. So in other words: Things are pretty much normal. Let’s get this one tonight, anyway–but let’s also remember the big picture. Lefty out.