The Giants (Finally!) Receive a Rose 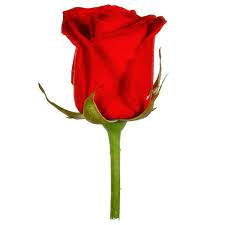 Last week, in a despondent edition of Out of Left Field, I said this: “…there is still time and there are several scenarios by which the Giants could still salvage a decent-to-good offseason. I hope that in the next week or two I get to write about those, instead. But right now I feel existential dread.” Well, as the saying goes, “the darkest hour is just before dawn.” After the Winter Meetings Week From Hell, things got a lot brighter for Giants Nation this week.

I wasn’t at all excited to hear that the Giants signed left-hander Sean Manaea, who had an awful year with the Padres and is a back-of-the-rotation starter at best. I perked up a bit when the news broke a day later that the Giants also signed Ross Stripling to a contract identical to that of Manaea: two years, $25 million, an opt-out after year one. Stripling had an excellent year for Toronto. If the Giants weren’t going to pony up for 6-7 years of Carlos Rodón, and I never kidded myself that they would, I could see the value of a rotation that is 7-8 pitchers deep (Logan Webb, Alex Cobb, Alex Wood, Anthony DeSclafani, Stripling, Manaea, Jakob Junis–with Kyle Harrison, Sean Hjelle, and Tristan Beck in AAA), even if it doesn’t have a lot of star power. There were way, way, way too many “openers” and “bullpen games” last year.

So I was cheering up some when we went to bed on Tuesday night. We were on vacation in Mexico this past week, and it’s an hour later where we were than it is in California, so I woke up an hour or so later to my phone repeatedly buzzing with texts from SisterLefty, and yes, I woke the Mr up and told him, too. After weeks of rumors, the Giants had landed their big fish: Carlos Correa.

“That was a hugely pivotal moment to get a good player like Iguodala,” ... “I often talk about that moment as transformational. Up until that point, we hadn’t had any free agents want to come to our team.”

—Bob Myers, GM of the Golden State Warriors, on the acquisition of Andre Iguodala in 2013.

In 2013, the Golden State Warriors executed a sign-and-trade deal for free agent Andre Iguodala. As GM Bob Myers noted in the quote above, the Warriors had a long history of futility when it came to luring high-quality free agents to Oakland. Under coach Mark Jackson, the Warriors in 2013 had made the playoffs for only the second time in the past 20 years and stunned Iguodala’s Nuggets, the third seed, in the first round. Even so, nobody was confusing the Warriors with Kobe Bryant’s Lakers, with the perennially good Spurs, or with LeBron James’s Miami Heat.

I tell this story because on December 13, 2022, the San Francisco Giants may have had their “transformational moment,” at least for the next era of Giants baseball, when they signed their first major free agent hitter since Barry Bonds, 30 years ago last week.

I can confirm that the Giants and Carlos Correa are in agreement on a 13-year, $350 million deal. It's twice as big as any other contract in franchise history. They have their new face of the franchise for years to come.

After the Judge fiasco, when I saw SisterLefty’s text, I went right to Twitter to see who broke the news. When I saw that ESPN’s Jeff Passan was first and that Alex (who did NOT jump on the Judge-to-the-Giants rumor at the Winter Meetings) had instantly confirmed it, I finally exhaled. That “existential dread” I felt last week? Poof. Gone.

December 6, 1992; June 5, 2008; December 13, 2022: Bonds signed, Buster Posey drafted, Correa signed. I still remember where I was when I heard the Giants were signing Bonds, and I remember Posey being drafted, too. Will Correa’s arrival be of similar significance?

The Giants Finally Receive a Rose

Bobby Evans said Giants made multiple offers. Lester called half hour ago with news. Evans: "We did not receive a rose."

I loathe and despise the TV reality series “The Bachelor/Bachelorette.” It’s gross. For those of you who are blissfully unfamiliar with this abomination, the premise is that 25 gals/guys pursue one guy/gal (the bachelor/ette). At the end of each episode, contestants are eliminated. The ones who get to stay are asked, “[Name], will you accept this rose?” Once it gets down to the final two or three, the lucky “winner” gets the last rose. Lefty Jr and her friends LOVED this show when they were teenagers, and there was always a gaggle of them at our house for Monday night viewings.

I would never, ever talk about this awful TV show if it weren’t for then-GM Bobby Evans, whose memorable quote about the Giants’ failed pursuit of premium free agent lefty Jon Lester at the Winter Meetings in 2014 has been repeated every time the Giants miss out or come in second on a desirable free agent or trade target. Zack Greinke in 2015? Giancarlo Stanton (via trade) and Shohei Ohtani in 2017? Bryce Harper in 2019? Aaron Judge in 2022? Nope, nope, nope, nope, and nope. No rose. It became such a thing that Buster Posey, who was pressed into service for the failed recruitments of Lester, Greinke, and Ohtani, used to joke that they should stop involving him because obviously he’s bad luck.

What Does It All Mean?

There have been numerous articles over the past few days about the implications of the Giants signing Correa, so let’s round them up in one neat list.

The national media (with the notable exception of Russo) was complimentary about the Correa signing but quick to opine that it won’t help the Giants rise above third place, at best, in the NL West. I was already planning to write about “what next” in my column, and then Grant Brisbee published an article about it on Friday. Here are a few thoughts and comments, some (but not all) borrowed from Grant.

Taking all this together–what the Giants still need, the roster crunch that possibly necessitates a trade(s), and the ongoing payroll flexibility–I assume that the Giants are not done with what has already turned into an enormous offseason. Before the news on Thursday that the Yankees signed Rodón, the Giants were actually leading MLB in the most dollars committed to free agents. But with the Giants having gone this far, it seems unlikely that the roster as of today, December 17, is going to be the one we’ll see in Scottsdale in February or opening at Yankee Stadium (!!!) on March 30.

The Warriors’ “transformational moment” took a couple of years to play itself out. Andre Iguodala’s arrival didn’t translate to instant success for the Warriors, who were knocked out of the playoffs in the first round in 2014, which marked the end of Jackson’s coaching career. But under new coach Steve Kerr, in 2015 the Warriors won their first championship since 1975 and the first of four in eight years. More good free agents, most notably Kevin Durant in 2016, wanted to join the Warriors after that. But it started with Iguodala.

It’s been over nine years since Iguodala agreed to join the Warriors, and we now have the benefit of hindsight. The analogy to the Giants isn’t perfect. The Giants have had success much more recently than the Warriors had in 2013–three World Series championships in the 2010s and a franchise-record 107 wins just last year. But the Giants needed someone to break the long string of “bridesmaid” finishes. They needed someone to give them that final rose. At the end of last week’s gloomy column, I also said this:

I’m still dubious about Farhan Zaidi, but it can no longer be said that he can’t close on a big free agent deal. (I do wonder, though, if Larry Baer was shoving him, kicking and screaming…the Correa deal does not seem like it’s in Zaidi’s comfort zone. But whatever–it still happened.) Can Zaidi make a big, creative trade? Can he and his staff, especially new GM Pete Putila, improve on the Giants’ dismal drafting outcomes? (And to be fair, that trend didn’t start with Zaidi.) Will he slow down on the counterproductive churning we saw last year?  So I’m not entirely walking back my criticisms. But credit where it’s due: We got the rose this time. Carlos Correa is a Giant, and hopefully it will be happily ever after. Lefty out.